The zoo says Rocky is "doing swimmingly" after his back left flipper was removed in January. 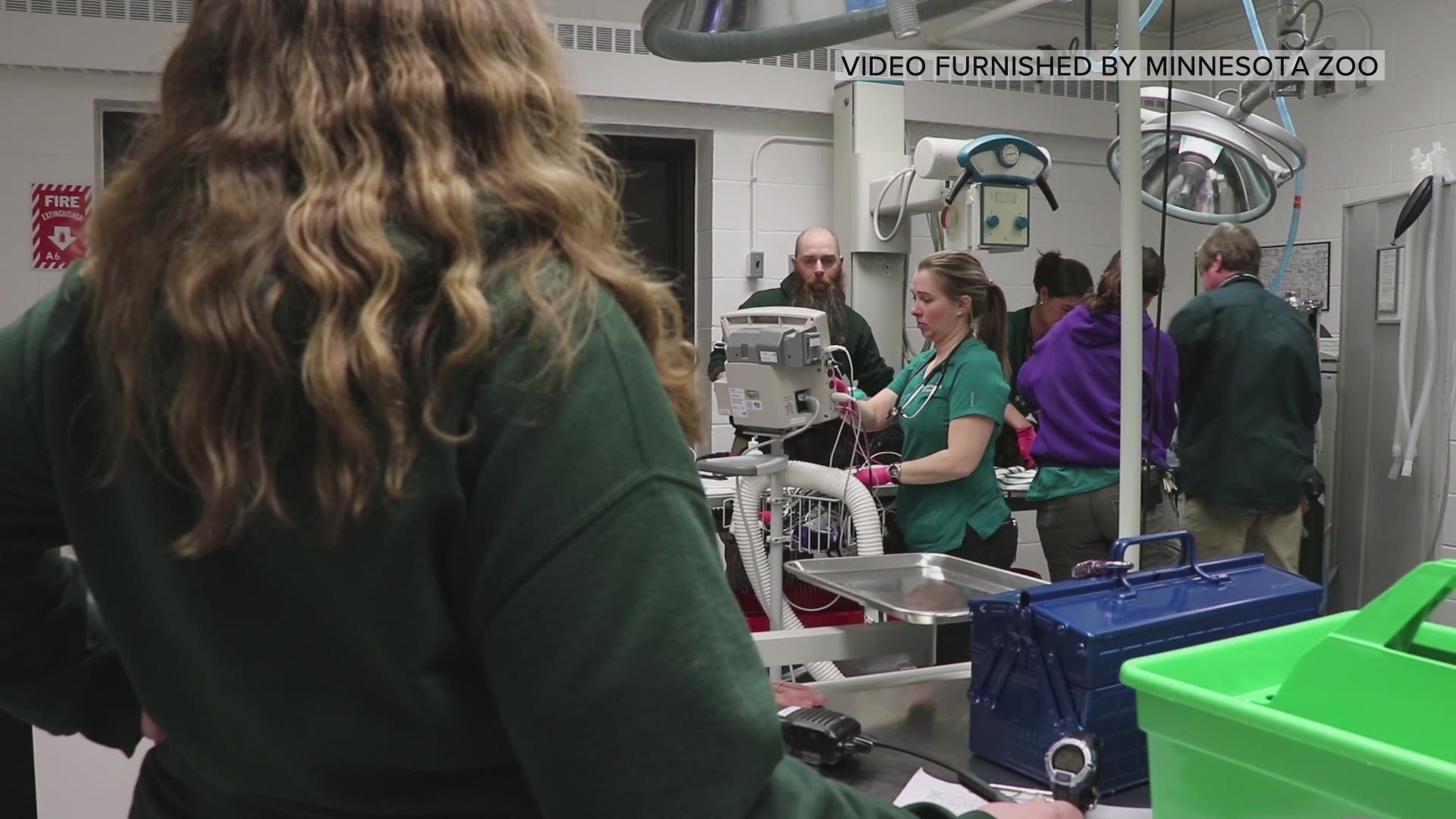 According to a zoo press release, the four-hour surgery is believed to be a first for a sea otter in human care.

The zoo says Rocky first showed signs of flipper problems last June, when he was having trouble coming out of the water and onto land. Zoo veterinarians determined an infection had settled into one of his joints. After some brief improvements, Rocky's condition got worse in the fall.

On Jan. 9, three Minnesota Zoo veterinarians worked together on the flipper amputation. Within an hour after waking up from the surgery, the zoo says Rocky was back in the water, and within days, he was back to his normal routine and behaviors with his fellow sea otters.

RELATED: Rocky the Sea Otter to be back in public view after amputation surgery

This week's follow-up exam included a radiograph and ultrasound, showing the surgery was a success.

"Rocky’s overall recovery has gone swimmingly," the zoo's press release said. "He still has access to his behind-the-scenes habitat, but each day Rocky is getting more comfortable and spending more time in his public habitat along the Zoo’s Russia’s Grizzly Coast."