Race organizers told 9-year-old Kade Lovell's mother he finished in first place and she thought they meant in his age group. But he was first-place overall. 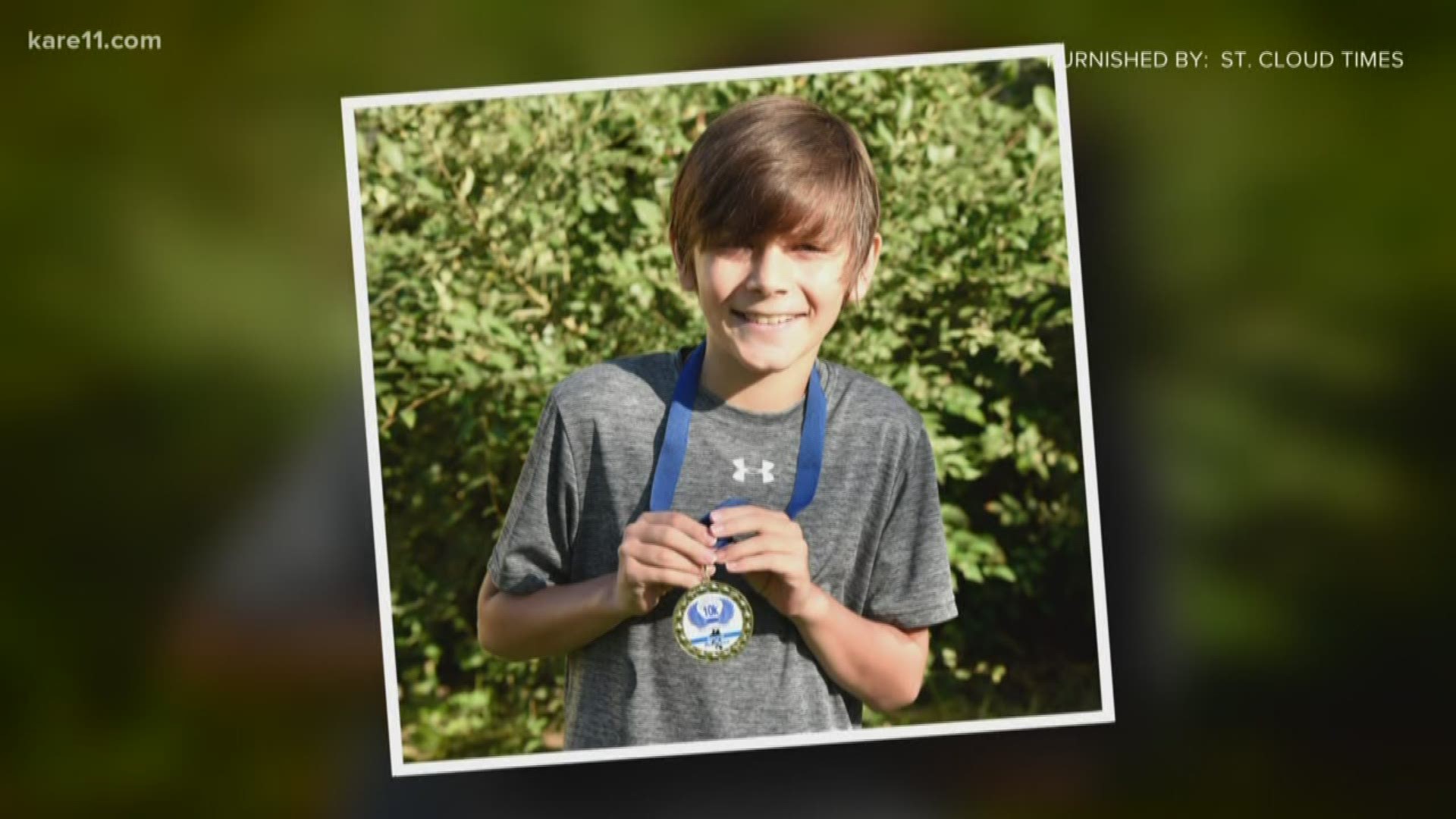 ST. CLOUD, Minn. — It took 9-year-old Kade Lovell longer than expected to finish his 5K race in Minnesota, but only because he was busy accidentally winning a separate 10K race.

Lovell's mother became worried when he didn't cross the finish line of the Francis Franny Flyer 5K in Sartell on Sept. 21. The St. Cloud Times reports she drove along the 5K (3.11-mile) route looking for him and was "bawling" when no one else saw him, either.

"I had everyone looking for him, even a fireman," Heather Lovell said. "I was like, 'You need to go find my son.'"

Then, a spectator called Heather Lovell's brother-in-law, who was in the 10K race, to let him know there was a "little kid who was running really well" in the 10K (6.21-mile) race.

Kade said a woman told him to keep going when he approached the 5K turn so he did, despite his confusion.

Race organizers told Kade's mother he finished in first place and she thought they meant in his age group. But he was first-place overall. His finished in just over 48 minutes — a minute faster than the 40-year-old second-place contestant.

"He actually probably did better than he normally does because he was trying to finish and in panic mode," Heather Lovell said. "When he finished, I was like, 'You are in so much trouble,'" Lovell said.

"As I started crying," Kade chimed in.

Even though he's only 9 years old, Kade is already an experienced runner. He started running with a cross country club when he was 6.