Store Manager Tina Jensen says one man paid for the car behind him, spawning a chain of kindness that spanned nearly two and a half days, across over 900 vehicles. 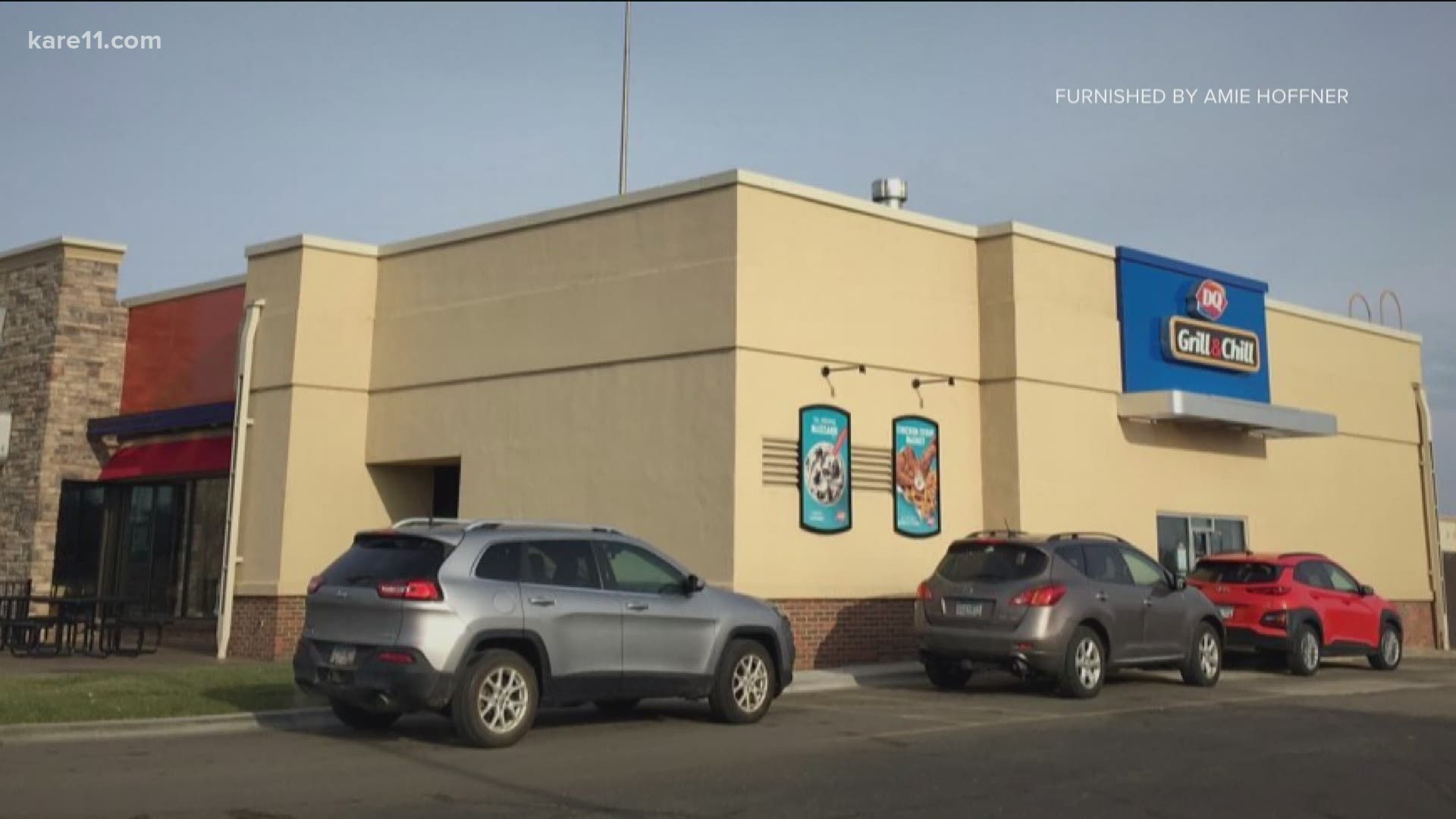 BRAINERD, Minn. — In an impatient world it's hard to imagine that 900 people would race to get in line.

If you all have taught me anything this year it's that, when called upon, you will help out your community.

It all started at the Brainerd Dairy Queen at 522 C Street Northeast with an act of kindness.

According to Store Manager Tina Jensen one man paid for the car behind him last Thursday, spawning a chain of kindness that spanned nearly two and a half days, across over 900 vehicles.

Jensen says she had originally told the next lady in line what the man had done.

Jensen recalls, "So the lady pulled up and I said just to let you know the gentleman in front of you paid for your order. If you like I can pay it forward and you can pay for the order behind you and we can keep this going. She's like 'really, why would he do that?' I said we just have it every once in a while where someone will take care of the person behind them and today is your lucky day."

Well that woman couldn't let luck run out on her good luck, so she paid for the car behind her.

Jensen says, "One lady, she was so excited, she threw us a 20 dollar bill almost in tears. 'Are you serious. This is really going on?' I said yep you are about 125 cars into it. She said, 'For real, can you believe this?'"

This is a year where nothing adheres to what's been seen before.

"Our fans were so excited. They didn't want to break the chain. They wanted to keep that chain going," Jensen says.

At the end of that first night, Tina posted on Facebook that someone had donated to keep it going once the drive thru opened back up Friday.

And all day Friday they kept coming, and paying the tab for the person next in line.

"Our kitchen crew was like, 'are we really still going?' I said, 'yep, we're still going,'" Jensen says. "Especially now and how things have been going this year, it definitely helped us here in the store with our crew members. Very excited for them."

She says it was the best day on the job for her in a long while. "It definitely helped. Yep it's been rough for all of us here," she says.

The chain of charitable giving ran all of last Thursday, all of last Friday, and most of last Saturday for a grand total of ...

Two and a half days, of a line everyone in Brainerd couldn't wait to get into.