"Clouds" – the title of Zach Sobiech’s signature song – follows Sobiech’s last months before he loses his battle with osteosarcoma, a rare bone cancer, in 2013. 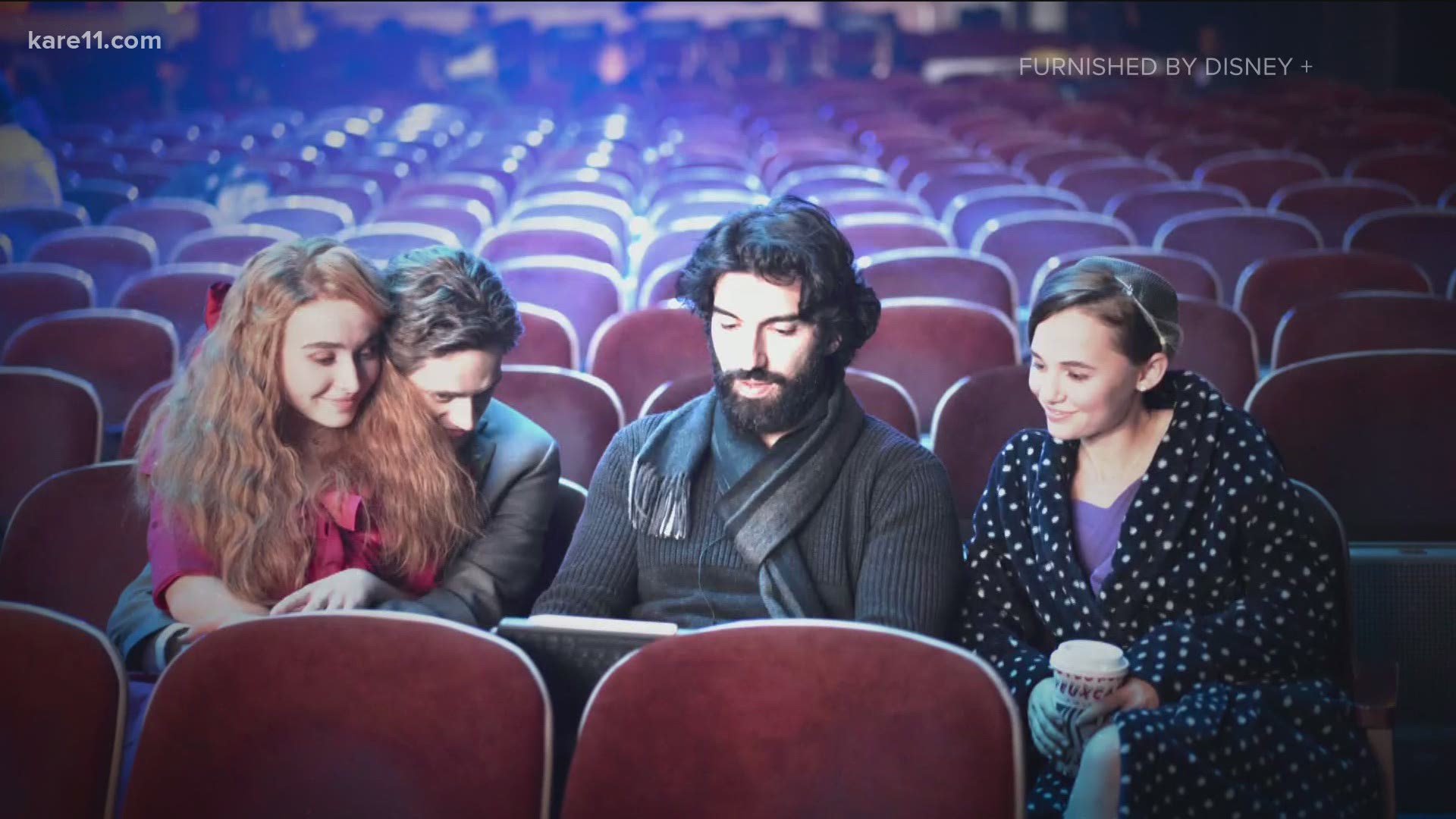 MINNEAPOLIS — He captured our hearts and inspired us all to live every day to the fullest.

But this week, a Lakeland teenager’s legacy will fly a little higher – all the way to Hollywood.

“It has the potential to remind us all in one of the darkest times in recent human history, how simple life can be, if you just make the choice to love,” said Justin Baldoni, who directed the movie “Clouds” that debuts on Disney+ this Friday.

"Clouds" – the title of Zach Sobiech’s signature song – follows Sobiech’s last months before he loses his battle with osteosarcoma, a rare bone cancer, in 2013. Faced with his terminal illness, Sobiech inspired his friends, family and eventually, millions throughout the world, as he persisted in loving those closest to him while also writing and recording music that would add to his legacy of hope.

But bringing Zach’s message and music to the big screen required a committed cast of actors, including both familiar and up-and-coming names: Neve Campbell and Tom Everett Scott, who play Zach’s parents, Laura and Rob; Fin Argus, who fills the giant shoes of Zach; along with Sabrina Carpenter and Madison Iseman, who play Zach’s best friend and music partner, Sammy, and Zach’s girlfriend, Amy, respectively.

“I was really, really blown away by her, so it was an honor, an honor to play her,” Campbell said about her accurate portrayal of Laura.

“I spent a good amount of time with her, we became friends. We went to the ballet together, we went to dinner together, we really hit it off,” she said, noting that, “She opened her heart to us, to all of us, and that really helped us tell her story.”

“I don’t think I could ever fully live up to Amy and who she is as a person. She’s incredible. One of the most impressive women I think I have ever met.”

And Carpenter also gushed about her opportunity to channel Sammy Brown’s talent and humor.

“She’s such an incredible writer. She’s got the funniest personality, her mind, I cannot say enough good things about [her,]” she said.

Fin Argus also acknowledged he learned from Zach by simply performing his music.

“He inspired me and simply playing his music kind of imbued me with a sense of where he’s at, mentally,” Argus said, adding, “It was an incredible honor to be able to play him, and I feel like I found a new friend in Zach.”

As for the movie’s connection to Minnesota – you’ll see several shots of familiar skylines along with cameos of Sobiech’s family and friends among the extras. Beyond that, Baldoni wants Minnesotans to realize our significant supporting role to our own rising star.

“Zach was the sum of his parts, and all of you in Minnesota were a part of Zach’s story,” Baldoni said, adding, “So thank you for lifting him up. Because as amazing as he was, he was made more amazing because of all of you, and I just want to make sure I get to say that to Minnesota, because that’s the truth.”

You can watch "Clouds" on Disney+ starting on Oct. 16. And to learn more about how the Sobiech’s feel about their son’s legacy reaching Hollywood, just click here.

And to learn more about Zach's fund to help other children battling osteosarcoma, click here.