Andrew and Ravyn Benson wanted a fun-filled wedding-- and they got it. 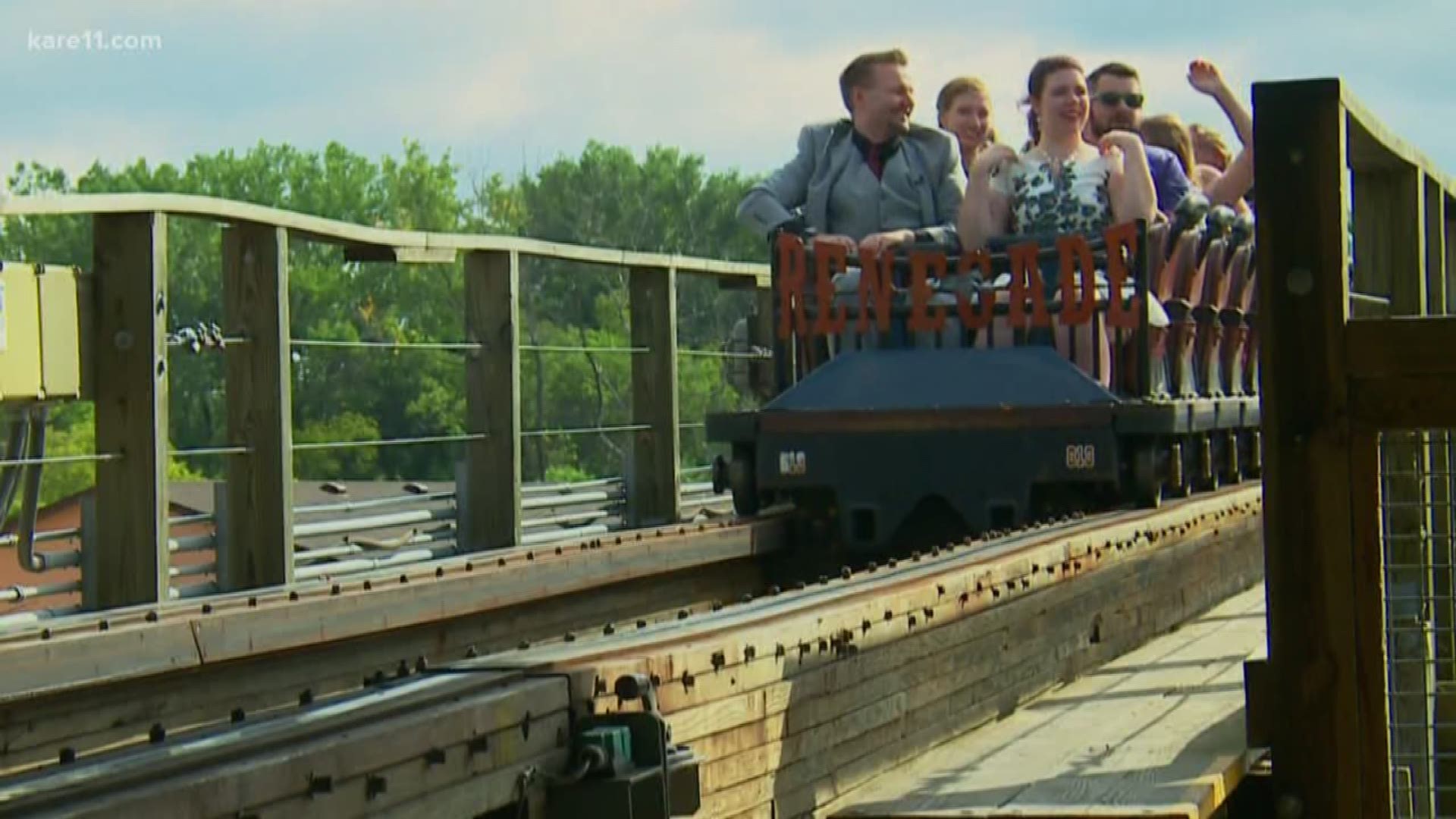 SHAKOPEE, Minn. — Summer is in full swing and it's not uncommon for couples to seize the brief respite from winter to get hitched.

A Maple Grove couple did just that on Friday. Andrew and Ravyn made a return to Valleyfair, a place special to the two of them for their big day.

They both said walking through the park brought them back to that day three and a half years ago.

"We did photos in front of that Skeleton Horse thing," Ravyn said, pointing to a Valleyscare display that had already been set up in preparation for the Fall season. "It was a good idea on his part because I got scared and he could cuddle me over."

However, a stroll down memory lane wasn't enough for the couple. They wanted to do something more. Something to help them cruise into their next chapter as a family.

They decided to get married on a roller coaster. The beautiful ceremony included around 70 guests all huddled up next to the Renegade roller coaster at Valleyfair. The ceremony was short. They exchanged their vows and rings.

They saved the first kiss for the top of the roller coaster right before the drop.

"We have ridden this thing so many times-- 400 or 500 times, we notice all the differences between them," Andrew said. "Which one's faster, it changes sometimes. Maintenance changes things. It used to be that train one was faster but now train two is a little bit faster."

On board the train that will take them a little bit faster to the top, they sealed the deal. The two of them, side by side, with their ride or die.

"We always ride side by side, we never ride by ourselves anymore," Ravyn said.

"We go through life together, whatever it brings us," Andrew added. "Up's and downs, twists and turns."

They said roller coasters weren't always their thing but things changed very quickly on that first Valleyfair date. They haven't stopped coasting together since.

"I proposed to her in early December at SeaWorld Orlando in Florida on a roller coaster!" Andrew said.

Tangled up in a web of tracks, it's only fair they ride this roller coaster theme out. For their honeymoon, they're going on a roller coaster adventure.

May the Bensons love each other, their marriage smoother than any roller coaster they've ever been on.