The maker of "GyroGlove" says the device helps people regain control of their hands by countering tremors and shakes. 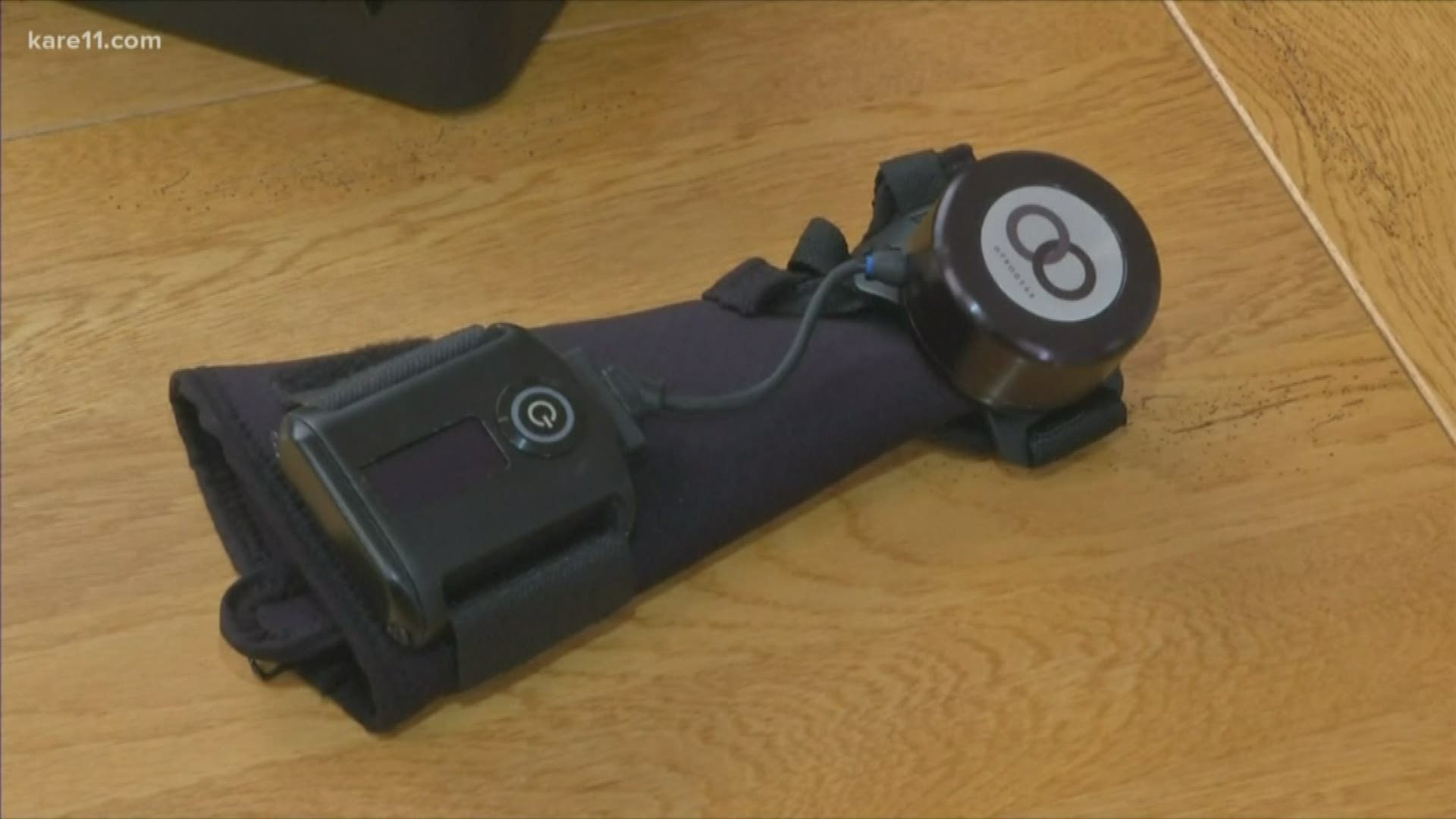 Parkinson's Disease makes everyday tasks difficult and nearly impossible for some patients. "To me it's a big thing not being able to put a bit of make-up on and not to be able to put a necklace on and change my earrings. If I want to change my earrings I can't do it unless there's somebody here to help me. I just can't get them in and out. I can't paint my nails anymore, my daughter does them for me. I can't cut my nails, I can't cut my toe nails," said Essential Tremor sufferer Sue Whitehouse.

Dr. Faii Ong is the founder and CEO of Gyrogear.“It's striking that even at medical school we're not taught about this condition called Essential Tremor and yet there are millions, literally 200 million people globally living with this condition every single day of their lives. And, it's fatiguing.There is stigma with it. There is a huge amount of disability associated with it, and yet it is not necessarily addressed. It is not necessarily recognized or supported you see," said Dr. Ong.

Mounted on the back of the hand, the gyroscope counters any tremors and smooths out the shakes. “The beauty of this, and we've deliberately kept it as simple as possible, so when you put it on, you turn it on and that's that. It just goes. So we have an aerospace-grade gyroscope in this. It functions exactly like a top. So as a top spins it tries to stay upright. So in the same way with this the glove actually counteracts your hand tremors immediately and instantaneously. So as you shake, it automatically cancels out the shakes, " explained Dr. Ong.

For now, Dr. Ong is putting his medical career on hold to develop the product, which he hopes will be given medical approval in the United States and the European Union next year.