What's behind the rising number of single-child families?

A recent study says the number of mothers who reached the end of their childbearing years with only one child has doubled in the last generation. What gives? 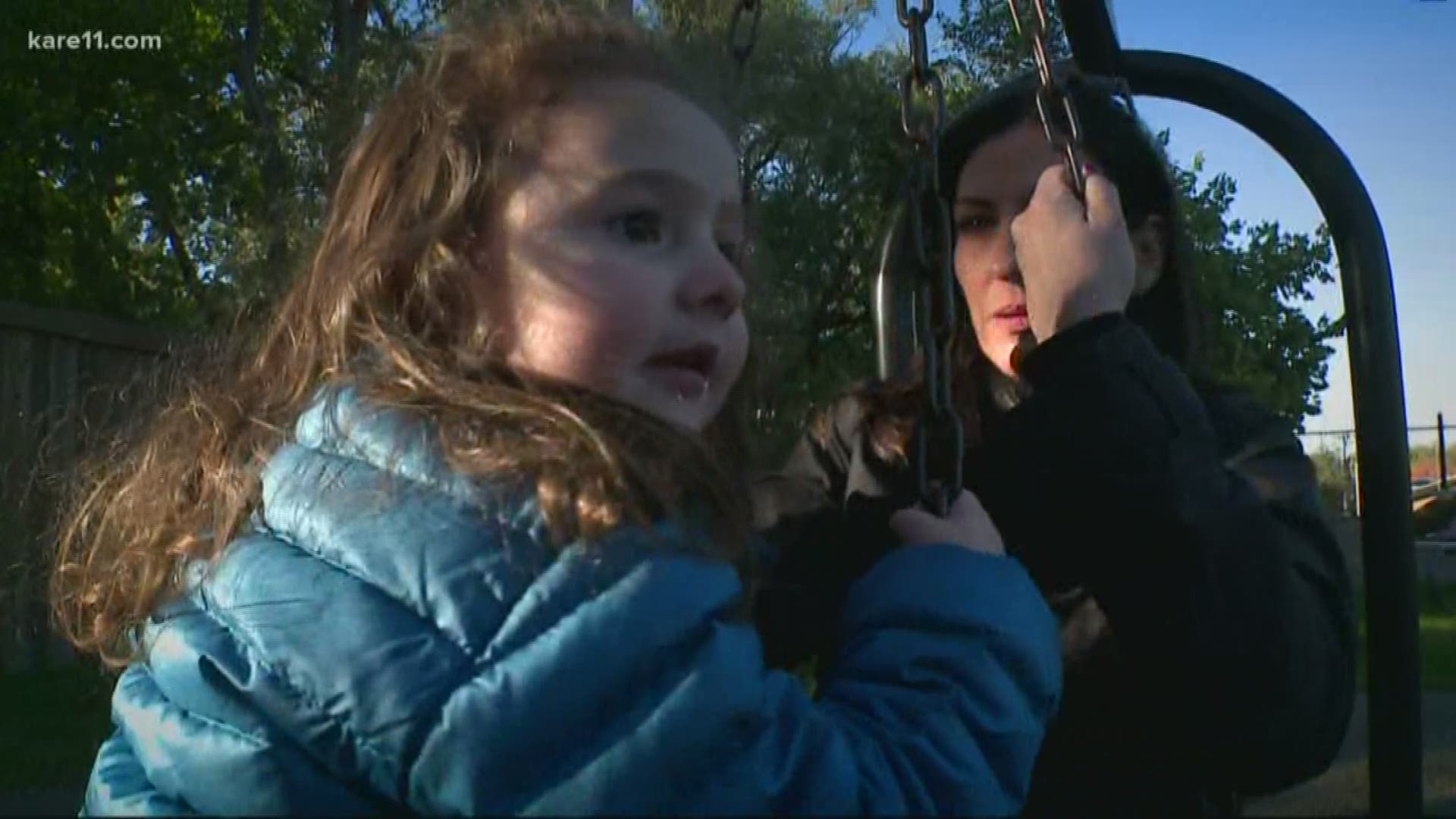 GOLDEN VALLEY, Minn. — As journalists we’re usually telling someone else’s story…not our own. But, when I was assigned a story about the rising number of families with only one child, it hit close to home. So, I found myself sharing my personal journey, don’t worry it’s not a sad one, just a journey, that apparently lots of other people happen to be on. Along the way, I learned a few things, like our only-children are going to be just fine, there are lots of reasons why people are having fewer kids, and that it’s also having a big impact on our society.

You’ve probably seen a zillion pics of my daughter Maggie. She’s quite literally the best thing that ever happened to me.  Well, she’s neck-and-neck with my husband, whom I met a bit later in life. We were beyond blessed when our little angel was born! We were so caught up in her, not wanting to miss a moment, and then all the sudden you look at the clock, albeit the biological one, and say, “Oh my! I think it’s too late.”

There we are. We have an only child. Then all the things go through your head. Is she going to be lonely? Will she have to take care of us by herself when she’s old? And, my heart tears just a bit when she stares out the window, desperate to see the neighbor kids outside. Ugh.

“Your child will be fine,” says Dr. Susan Newman. Mother of an only-child, researcher of the topic, and belayer of my fears.

Dr. Newman says there has been a dramatic shift in our culture. The number of children born in America dropped to an all-time low last year, according to the Centers for Disease control and prevention.
About 3.8 million babies were born in 2018, the lowest number since 1986. And a study by the Pew Research Center says the number of mothers who reached the end of their childbearing years with only one child has doubled in the last generation. What gives?

“What's happening is women are marrying later and or waiting longer to start their families,” says Dr. Newman. "There are more people in their 30's and 40's having babies than people in their 20's right now."

Some people are making the choice for financial, logistical or even philosophical reasons. And, of course, there's those who don't do it by choice at all, fertility issues, miscarriages or divorce, may make the decision for them.

For the Dahlgren’s, their family of three is the perfect size.

“We have a little girl, her name is Lela, she is three years old. Amazing. Amazing in every way,” says Lana Dahlgren.

When did they know that Lela was going to be there only?

"I don't think we knew right away. We wanted to raise her and have that our focus and we weren't in so much of a hurry to say ok, we need to get number two going, I think for us it was a big learn,” says Eric Dahlgren.

“Now that's she's three, the thought of having another one, and starting all over again, and I remember how tough it was, it's like, you know, I think we're good. I think we're good with one and she has a great life, so,” continues mom.

OTHER NEWS: Survey: Minnesotans spend nearly $3K a year because of FOMO

Whatever the reasons, it is our new normal, and yet there still seems to be a stigma attached to the idea of only children.

The Dahlgren’s say they feel pressure to have another from other people all the time.

“All the time. That's the worst part, honestly is that,” says Lana.

" Both families give us pressure, friends and family, and so yeah, that's definitely prevalent,” says Eric.

"It's in our culture, it' almost in our DNA to think they're something wrong with only children,” says Dr. Newman.

Dr. Newman says there are plenty of misconceptions about only kids, that they are self-centered or lonely, but there's simply no truth to that. Studies have shown that only children are virtually no different than their peers when it comes to personality and are actually found to have some advantages when it comes to intellect and academics. And having a sibling doesn't always guarantee a life-long friendship.

"When they have a second child, they think they're children are going to be bosom buddies, and they're friends for life, and in real life that doesn't happen,” she says.

But that doesn't mean there isn't an impact somewhere.

"We're having huge increases in the share of retirees, no increases in children so we're a point where we will have more retirees than children for the first time in Minnesota's history,” says Megan Dayton, Senior demographer with the state of Minnesota.

"As these working age people move into retirement, the number of workers who replace them actually shrinks, and so in the long-run, low rates of fertility are associated with diminished economic growth,” says Dayton.

A smaller tax base could mean less funding for schools, less funding for Medicaid, fewer people to fill open jobs. And that shift isn't too far off. Dayton suspects we'll start to notice in the mid to late 2020's.
Not that you should base your family size off of the effect on the economy. And when the social pressure gets tough, or you question yourself, there's one important thing to remember.

“With one child you are a family,” says Dr. Newman.

“With Lela we're able to give her what she needs and she has an amazing life and is able to live and experience and get the best out of us,” they say.

And I couldn’t agree more.

Our Maggie is surrounded with so much love, and we’re going to do everything we can to make her the best little human we can. I guess there doesn’t sound like there’s a whole lot wrong with that.