Finding Faith: A deep loss and the discovery of a mysterious charm

There are a lot of places people find faith, but in this story it seems more like Faith is finding people. 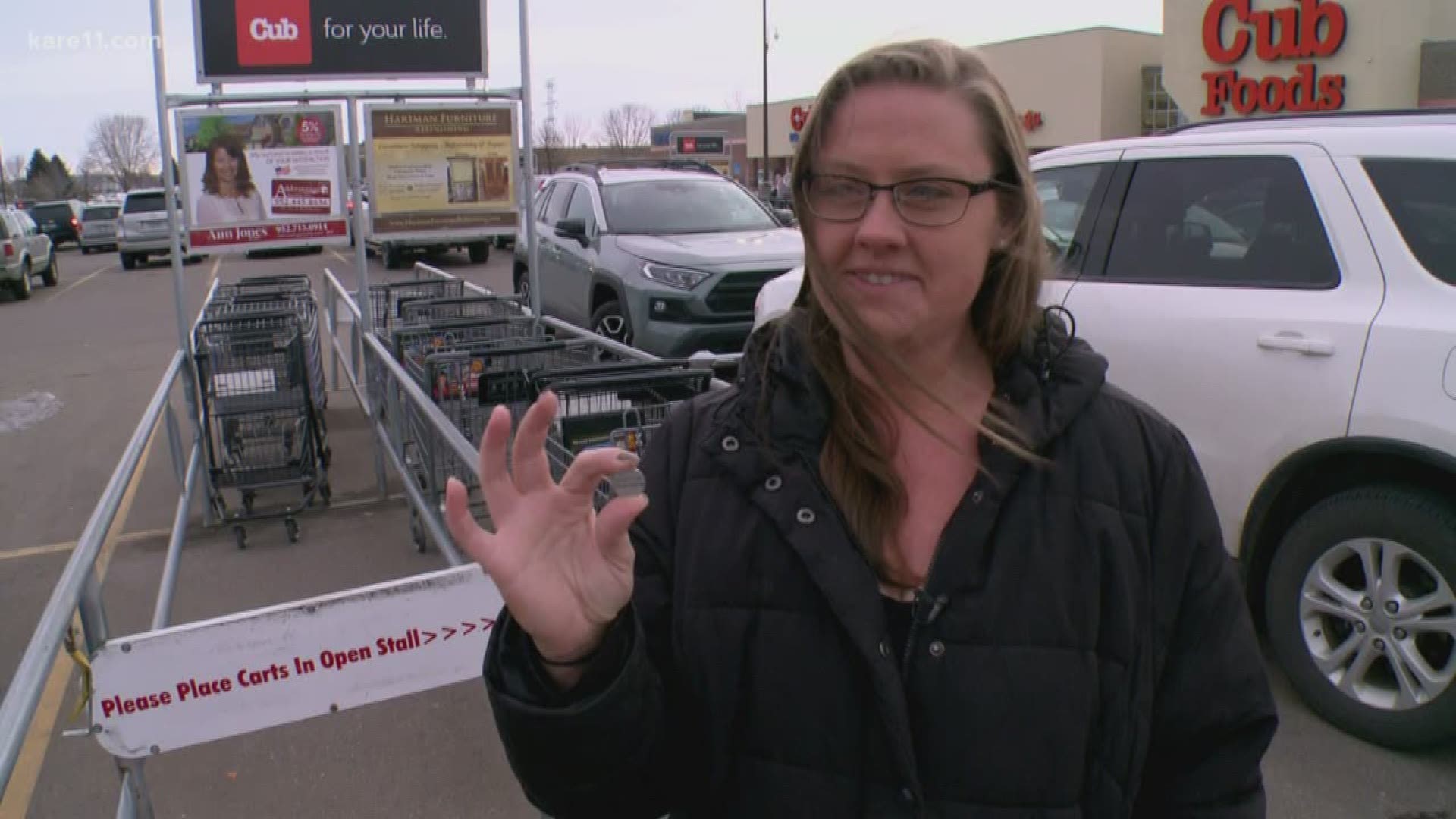 "She was a bundle of joy," Mielke said. "Anybody who sees her knows she's beautiful but the inside of her was even more beautiful."

Faith turned 31 on August 25, 2019. Less than a week after celebrating her birthday, Faith died in her sleep. Family would later find out it was a hemorrhagic telangiectasis on the pons (a brain bleed) that caused her death. The medical examiner told the family that in his 20+ years, he had never seen anything like it.

"This is my first major loss," Mielke said. "So reaching down to my phone to text her something... wanting to give her a call because something just happened or I got good news... those are the grounding moments that really bring it back to reality."

Credit: Connie Aspelund
Faith Aspelund died in her sleep less than a week after celebrating her 31st birthday.

A couple months after Faith's death, Mielke was dropping off her cart at the Cub Foods in Shakopee when she noticed something on the ground. At first, she thought it was a quarter. But when Mielke turned it over, she noticed it was a charm with coordinates on it. She brought it home and ended up forgetting about the charm until her boyfriend, Nicholas Hanslik, noticed it on the coffee table.

"Didn't say anything other than the coordinates so I just thought, 'Huh, might as well look it up,'" Hanslik recalled.

The coordinates: 44°46'4"N 93°16'39"W. When Hanslik plugged in the numbers, it pinpointed to the corner of Nicollet Avenue South and East 130th Street in Burnsville. The spot: next to Faith Covenant Church.

Credit: Rachel Mielke
The coordinates on the charm led to a corner in Burnsville next to Faith Covenant Church.

"It's pretty goosebumpy. It's interesting like... someone else is out there looking on us. Like someone bigger than ourselves, I guess," Hanslik said.

When Hanslik showed Mielke, she said, "It was kind of unreal because I go, 'Do you know where that is?'"

More than the name "Faith Covenant Church," it's a place Mielke and Faith used to visit. The pair had been trying out different churches every Sunday.

"She's the more religious one out of the group of us," Mielke said. "We had to have been there a dozen or so times just trying it out."

"I just had goosebumps. I had to sit down for a moment and think about it and just thought, 'Oh, this is something Faith, this is Faith,'" said Connie Aspelund, Faith's mom.

Aspelund knows the feeling. After losing her daughter, she finds her own signs of Faith during her walks in the woods.

Every morning, Aspelund goes to the same park in Burnsville and starts off by saying the Lord's Prayer. She then walks deep into the woods and talks to Faith.

Several times while grieving Faith, Aspelund has seen eagles in the sky. One time, after putting Faith's house up for sale, Aspelund and her husband were out in the woods, crying, when an eagle flew over them.

Credit: Heidi Wigdahl
Connie Aspelund, Faith's mom, finds her own signs of Faith during her walks in the woods.

"I know people were looking at us because we were just crying," Aspelund recalled. "We knew that we weren't alone."

Aspelund first found her spot in the woods while praying for strength for Faith.

"Not knowing how to help her, that was the hard part," Aspelund said.

Faith broke off an engagement in 2017 after suffering from domestic violence.

"It did create a rift in our family for a little while where I think she... had so much PTSD, so much anger and frustration, she didn't know that she would push the ones she loved the most away," Aspelund said.

For a while, it caused Faith to lose her own faith in God. But a month before her death, Faith sent a text message to her parents on Jesus and suffering. Aspelund said, "We knew she had found her way back."

Credit: Heidi Wigdahl
Most of the time, Rachel Mielke keeps the charm in her purse.

That text message from Faith, brought comfort to her parents. Mielke has also felt comfort from the charm she found and the message of "Faith" that followed. She posted about the charm on the Facebook group, "Weird Secondhand Finds That Just Need To Be Shared." The post received more than 87,000 likes and nearly 4,000 comments.

"I know I'm not, but it feels like you are the only one going through grief. To know that people have come out the other side, it's been really, really helpful," Mielke said.

Most of the time, Mielke keeps the charm in her purse. Mielke said she has tried to locate the original owner of the charm, posting about it on a Facebook community page and notifying Cub Foods of the discovery. But so far, no one has claimed it.

Mielke said, "Regardless of what it might turn out to be—a coincidence or a sign—no one will really know. But I do know that I feel better because I found it."

Whether through a charm on the ground or a walk in the woods, these are the places they find Faith.

MORE NEWS: Officer cites widow for shoplifting, then delivers food to her home