KARE 11's Lee Valsvik was just trying to do some tailgating ahead of the big Gopher football game, when she smelled something familiar... 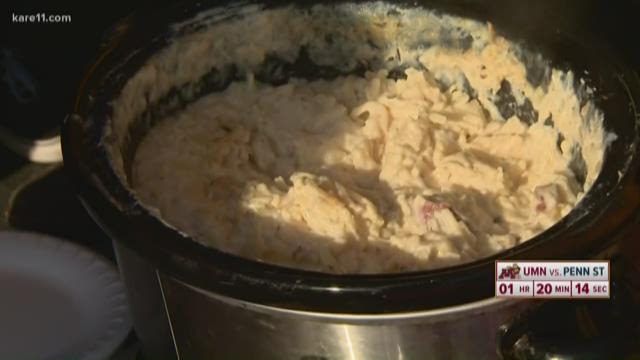 MINNEAPOLIS — Ahead of the big Gopher football game Saturday, Lee Valsvik was tailgating with fans at the University of Minnesota.

Outside TCF Bank Stadium, though, she came upon a surprise: A group that included Lee’s brother! His group was making Lee’s mother’s hashbrown recipe.

RELATED: Gophers jump into AP top 10, LSU is landslide No. 1

For those viewers who have been requesting Dorothy Valsvik’s recipe, here it is:

Mix all together and put in 9x13 pan. This can be mixed up ahead and kept in refrigerator overnight. Bake at 350 degrees for 1 1/2 hours. Serves 10.

RELATED: U of M's Morgan, Winfield honored as Big Ten players of the week