So Good So You Founder Rita Katona joined us from her kitchen to share some elderberry-based recipes. 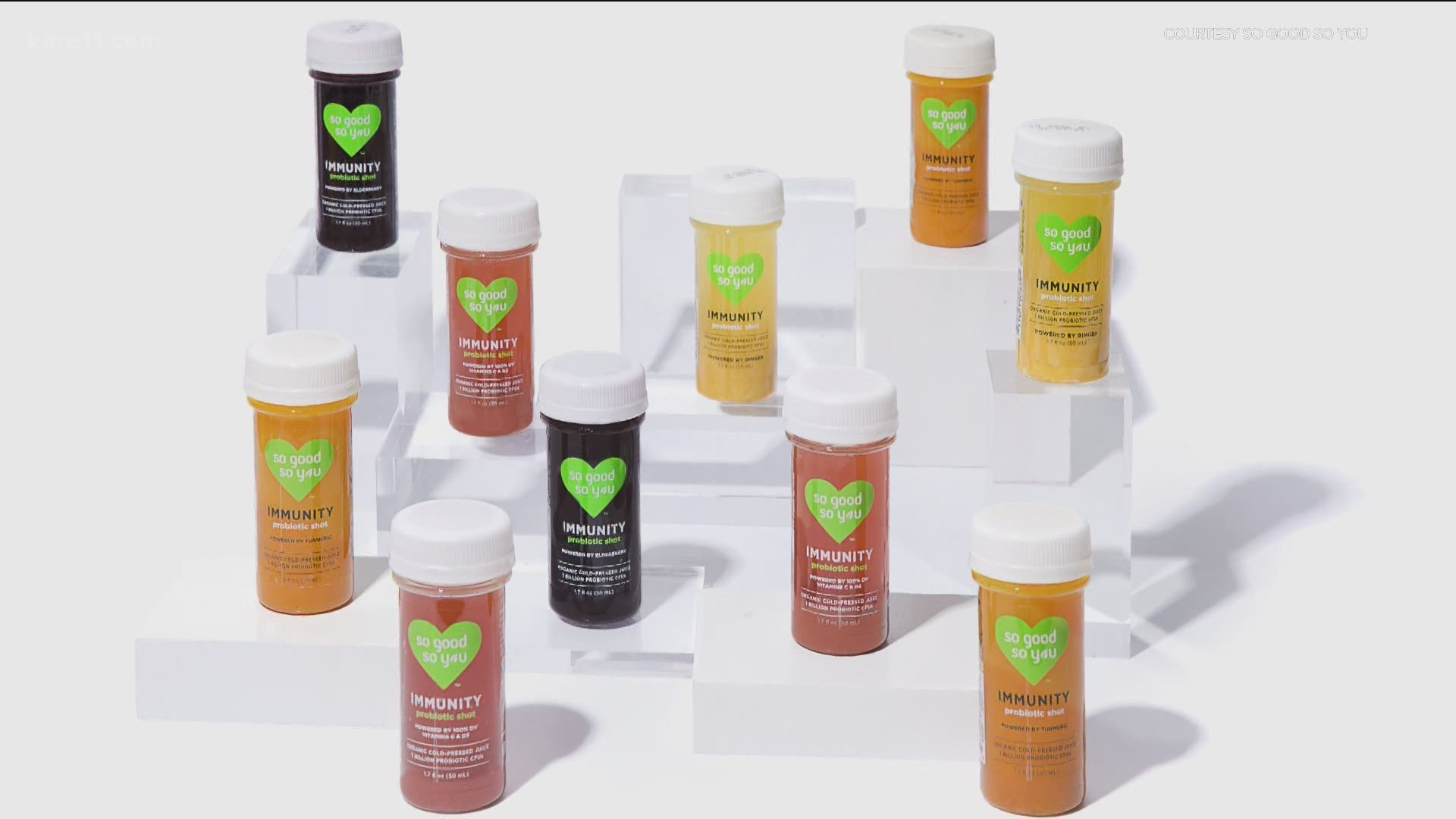 GOLDEN VALLEY, Minn. — Elderberry has been a buzz word in the health food industry for a while, famed for its immune boosting properties.

People love to take quick shots of elderberry juice when they feel a cold coming on.

So Good So You, makes juice shots you've probably seen in the refrigerated section at places like Lunds & Byerlys and Kowalski's, and they just released an elderberry shot.

Founder Rita Katona joined us from her kitchen to share some elderberry-based recipes.

Heat the olive oil and sauté ginger and shallot for 4-5 minutes until softened.

Add broth and bring to a boil, cooking everything on medium heat (a low boil) until tender, approximately 10-12 minutes.

Remove cinnamon stick at this point, if using.

Transfer to a high-speed blender and puree until smooth.

Transfer back to the pot along with apple wedges.

Cook another 5-10 minutes until the apples are softened to liking.

Finally, stir in the elderberry juice, and season with salt & pepper to taste.