Tired of cooking? Us too.

Here's an easy way to get out of at least one meal a day, or try to any way. 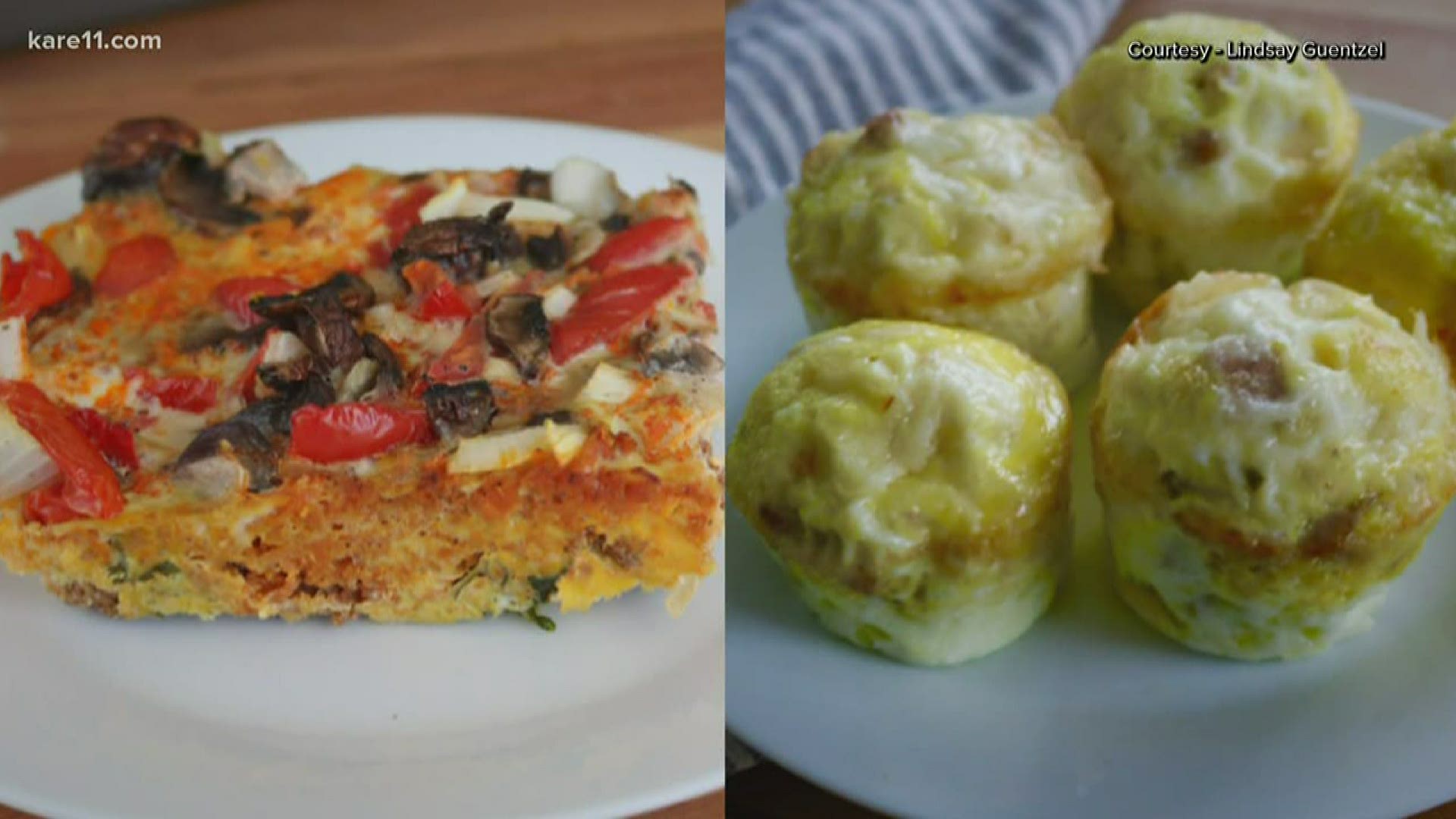 GOLDEN VALLEY, Minn. — You’ve tried every recipe. You’ve cooked every meal. In fact, if you have to think about what’s next to eat, you’re going to straight up lose it. We got you. Actually, our meal prep friend Lindsay Guentzel’s got you.

“There's one rule that I tell people when it comes to meal prepping. I tell them to pick one meal each week, and to eat the same thing for that meal, and for me it's easiest to do that at breakfast,” says Lindsay.

I thought this was weird at first, but then I realized it was actually genius. Breakfast is hard. Who wants to get up and cook a bunch before they start “working from home?” Nobody, that’s who.

Lindsay showed us how to make a Fridge Foraging Egg Bake. It’s exactly what you think it is, rummage through your fridge and bake it, you know, with eggs.

“I've got carrots in here, I've got mushroom, kale, onion, a little turkey-chorizo sausage, but you can make this with whatever you have on-hand, whatever needs to get used. The trick is don't use bread, because bread is just going to add sogginess to it, it's unnecessary. If you really want a crust for your egg bake, try using shredded potatoes or frozen hash browns,” she says.

She also came up with a gluten-free banana pancake recipe.

“What’s awesome about pancakes if you make a giant batch of them ahead of time, you can just heat them up in the morning, and they’re good to go. We actually make a ton of pancakes when we go camping, or up to a cabin, because there’s no prep in the morning and you still have a delicious meal,” says Lindsay.

Next up, egg bites.

“The trick? Cooking spray. Make sure nothing sticks, get all the goodness out."

Whisk one egg into each spot of a muffin or popover tin. Add salt, pepper and whatever else you want into them. Lindsay picked some chicken sausage and leftover Mexican cheese from taco night. She coked them up at 350 degrees until the centers were set, about 20 to 25 minutes depending on your oven.

"Make a giant batch ahead of time on the weekends, you can reheat them in the morning, serve them with a side of fruit."

"One thing that I've noticed, since being quarantined at home, is that if I have breakfast ready to go in the morning, my day gets started a lot quicker,” she says. 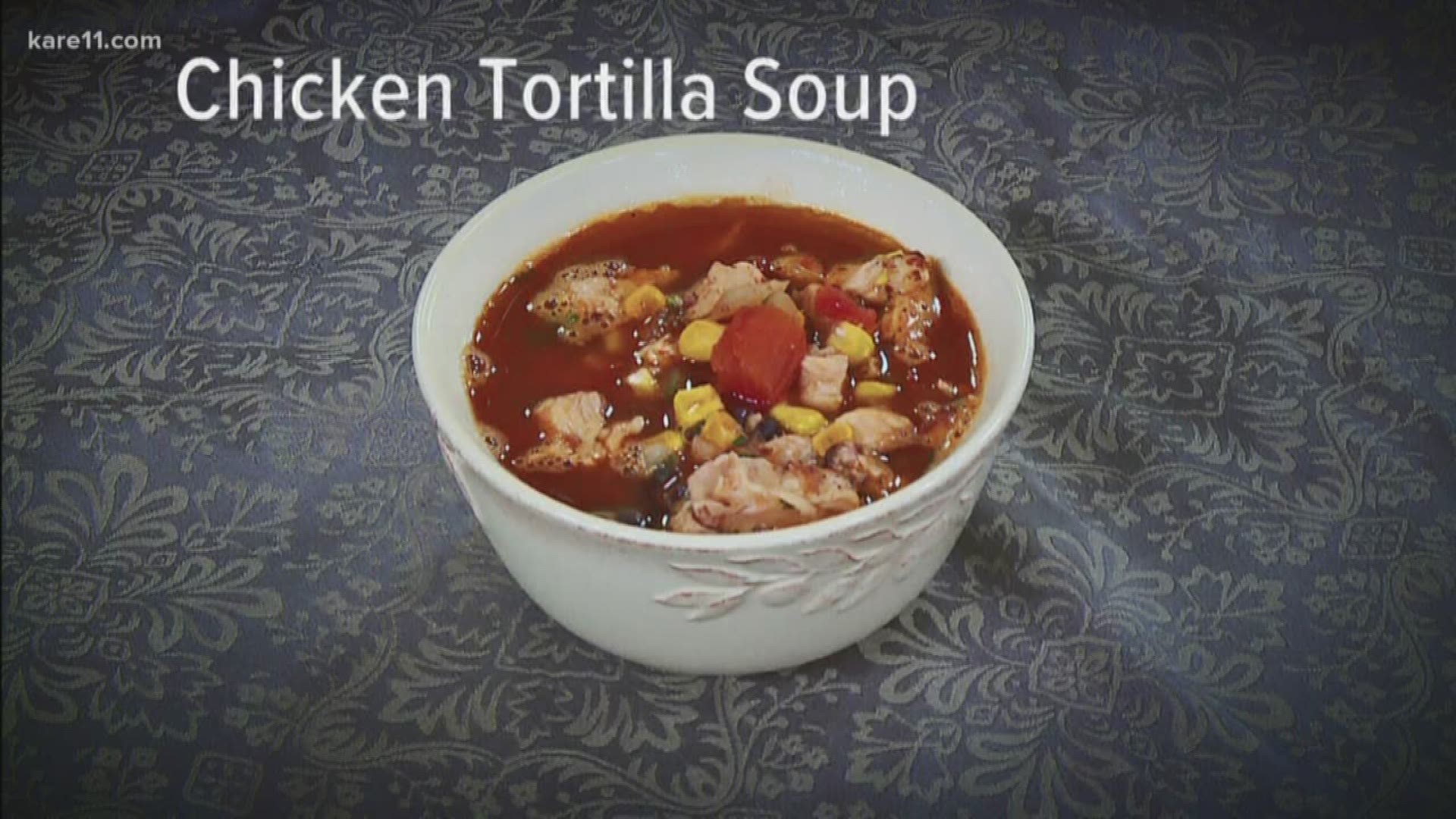 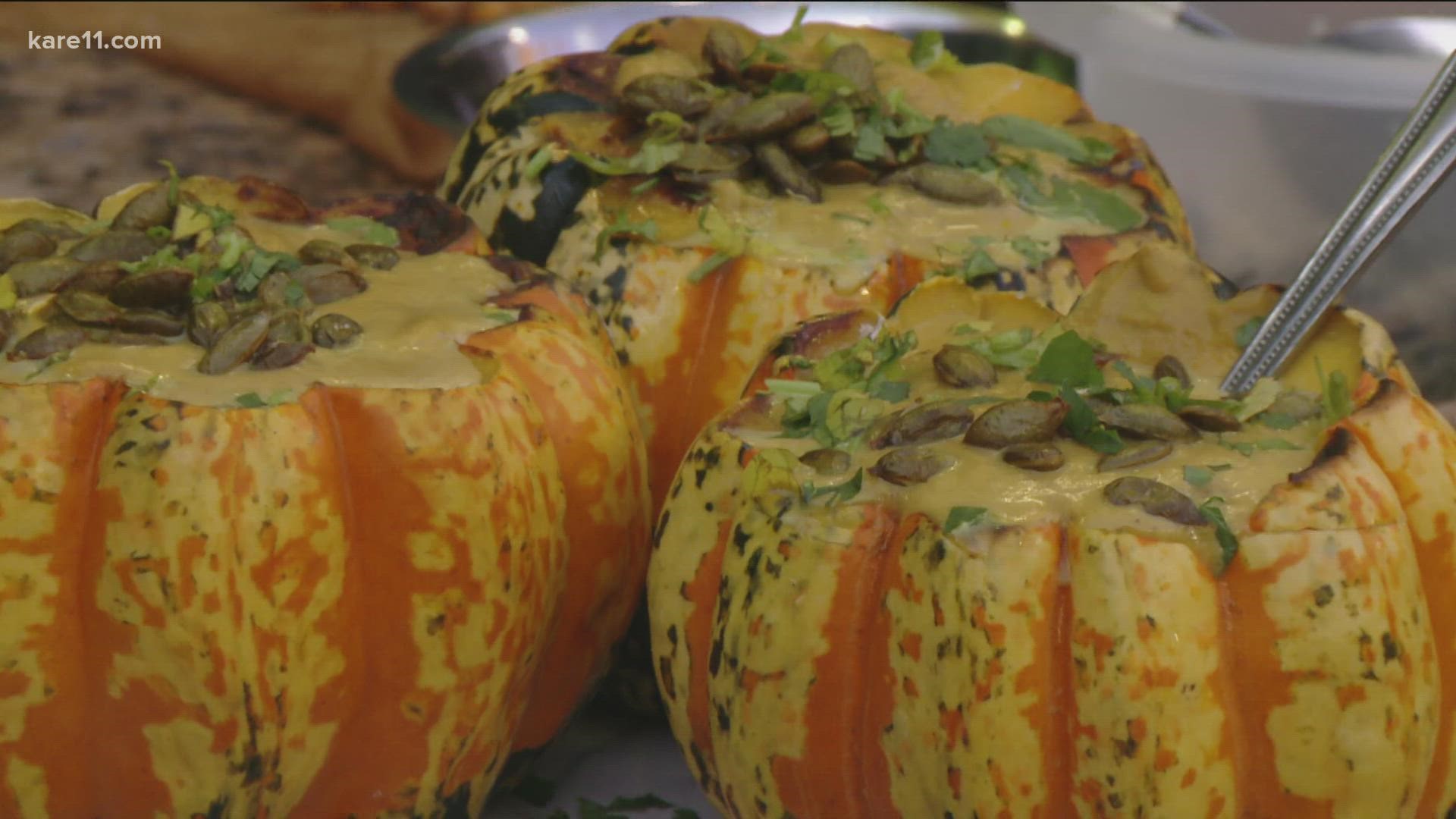 RECIPE: Cooking with squash this autumn