"It was pretty much just pretending that my yard was the show ring." 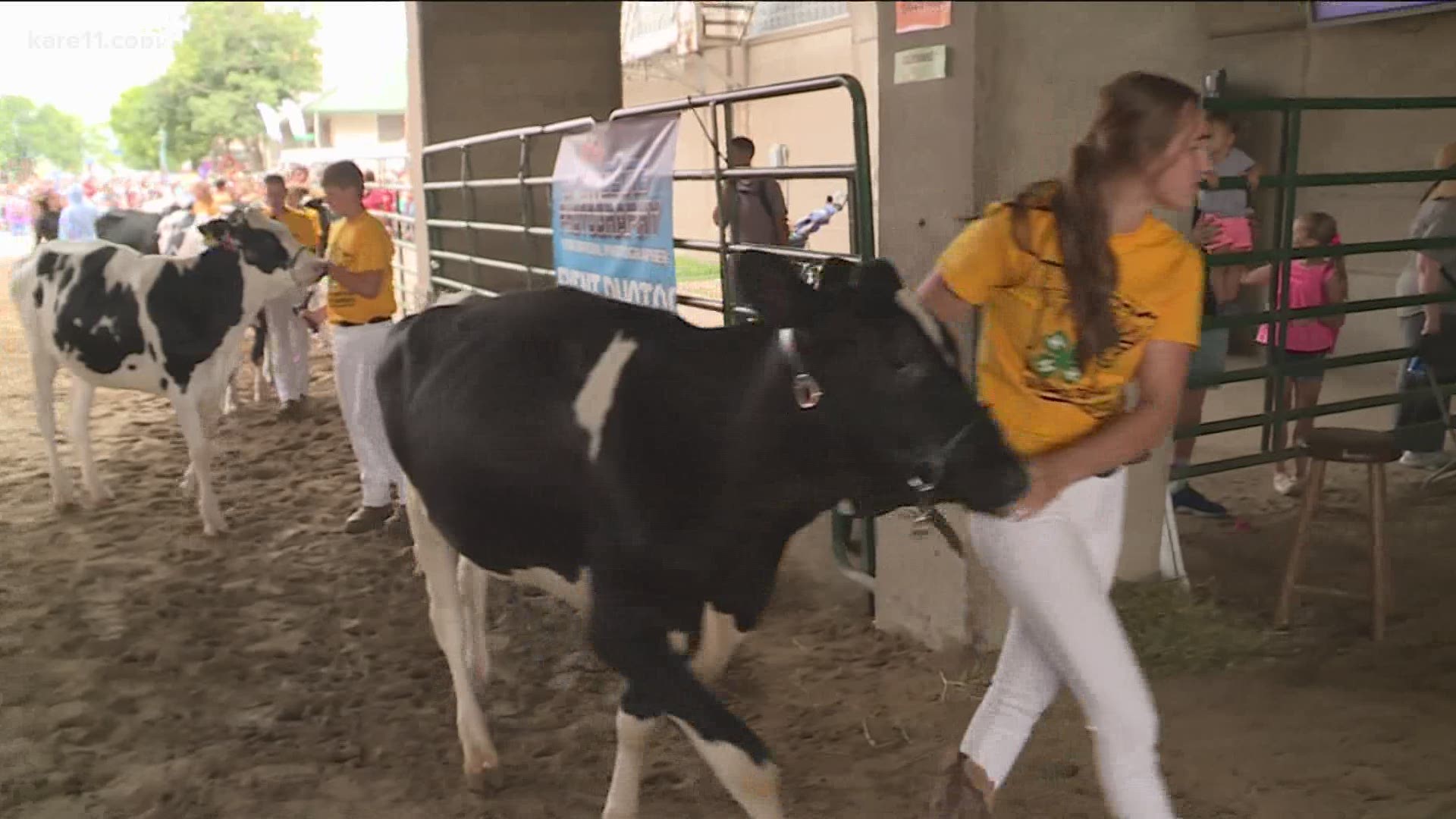 ST PAUL, Minn. — A cancelled Minnesota State Fair meant missed traditions for many people, especially for the participants in 4-H.

"[The State Fair] is even more special being able to have livestock there ... staying in the 4-H building, which we call the 4-H Hilton," said Zoey Schentzel, who has been in Minnesota 4-H for 12 years.

Schentzel planned to show a sheep and pigs at this year's fair. She spent months getting them ready before finding out, along with everyone else, that things were going to be different this year.

"It was like, what are we going to do? Are we even going to have the opportunity to show our animals?" she said.

Minnesota 4-H, which is a part of the University of Minnesota Extension, pivoted after the fair's cancellation, making plans to take the annual 4-H livestock shows virtual.

"For the kids, I have to say, that is the most fun of the year. So we didn't want them to lose it," said Sharon Davis, Animal Science Program Director for Minnesota 4-H.

Davis also served as one of the commentators for the virtual livestock shows. Participants sent in 90 second videos of them showing their animals. Video production company Walton Webcasting then compiled the videos, which were judged live.

"My mom was the camera lady," Schentzel said. "It was pretty much just pretending that my yard was the show ring."

"We work so hard on these projects and to be able to present them in front of a judge ... it gives us a lot of pride," said Schentzel.