Gabby Gingras, the girl who feels no pain, is happy to 'feel normal'

In 2004, a little girl in swim goggles taught KARE 11 viewers that pain can be one of our greatest gifts. 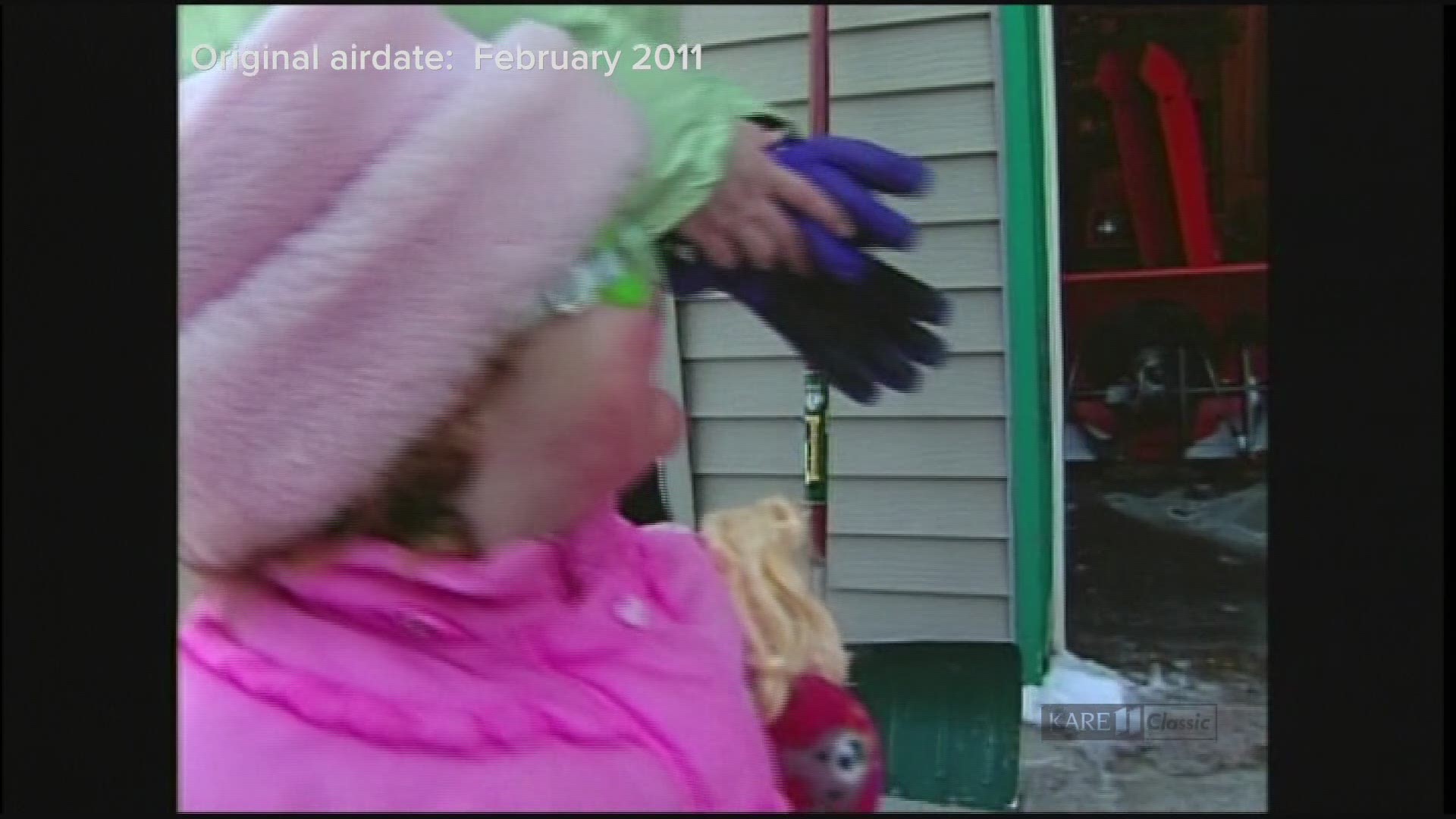 EDITOR'S NOTE: This story originally published in May of 2011.

BIG LAKE, Minn. - Gabby Gingras is a girl from Big Lake, Minn. who has a rare condition that does not allow her to feel pain.

Boyd Huppert visited the Gingras family to see how their lives have changed since their story first aired in February of 2004.

We spend so much of our time as parents wishing we could make the hurt go away.

In 2004, a little girl in swim goggles taught KARE 11 viewers that pain can be one of our greatest gifts.

Then 3-year-old Gabby slipped and fell in the garage, banged her head on the kitchen floor and bumped her forehead against a bathroom door frame. But not once did she cry.

To Gabby's benefit, she was also blessed with oodles of attitude, evident in 2004 when her mother pointed out her sippy-cup of milk was not allowed in the living room.

"Too late now," she fired back without missing a beat.

"Too late now mom," Gabby smiles recalling the earlier exchange. She is 10-years-old and a fifth-grader at Big Lake's Liberty Elementary.

Gabby only wears the eye-protecting swim goggles when she sleeps now, but a viewing machine that sits in front of her in her classroom is a constant reminder that Gabby is legally blind.

Gabby's left eye was removed and replaced with a non-functioning prosthesis in 2004. At one point doctors had sewn both her eyes shut for her own protection. Too young to know better and with no pain to tell her to stop, Gabby had nearly blinded herself by scratching her eyes with her own fingers.

Gabby's insensitivity to pain also cost her most of her teeth. Those she didn't break off biting too hard on toys were removed after she began mutilating her tongue and mouth.

Unaware of another child like Gabby in the country, it is no wonder that in 2004 Gabby's parents, Trish and Steve Gingras, felt desperate and alone.

That wasn't true for much longer. After her story aired on KARE 11, Gabby followed up with a series of appearances on national television talk shows including "Oprah," "Maury" and "Montel."

She was also one of the subjects in a documentary about her condition produced by Minneapolis filmmaker Melody Gilbert.

Her story has also been featured on network newscasts including MSNBC, CNN and ABC.

"The media has really been our best friend over the years in trying to connect us to people," said Trish recently at the family home in Big Lake. "And now our second best friend has been Facebook."

Since 2004, Trish and Steve Gingras have connected with 60 other families around the world who share Gabby's condition. They now share their questions and advice on a Facebook page that links them.

"Hon, I have to read you one," says Trish to Steve as she reads a new posting from another mom. "I can't believe I am actually grateful my daughter cannot feel the bite and bruise created when another child bit her arm on the bus."

Steve says things have turned around completely for his family. "I don't think we'd been able to imagine where we are today, back then. She has a lot of friends, she goes to regular school and she's doing great there, better than I ever did," he laughs. "So really we're pretty happy where we are."

Fixated with princesses as a 3-year-old, Gabby now sits close to her home computer and sings along with Taylor Swift on YouTube videos. Her parents have hope for surgery that may one day improve the vision in Gabby's remaining eye, while Gabby has her sights set on something else.

"My chin is a little jutted out," she explains. She'll be old enough for dental implants by age 16 that should take care of that issue. Then Gabby can look exactly the way she feels. "I feel normal like any other kid."

Gabby faces a daily threat from the aches, sprains and burns that tell the rest of us to back off or see a doctor.

"Everything is very, very hot, so let it cool," her mom reminds her as she dishes up the evening meal.

Gabby still feels no pain, but in every measurable way she and her parents are feeling better.

EDITOR'S NOTE: This story originally published in May of 2011.