Little Gabby and her family found hope in another family battling the same disease. 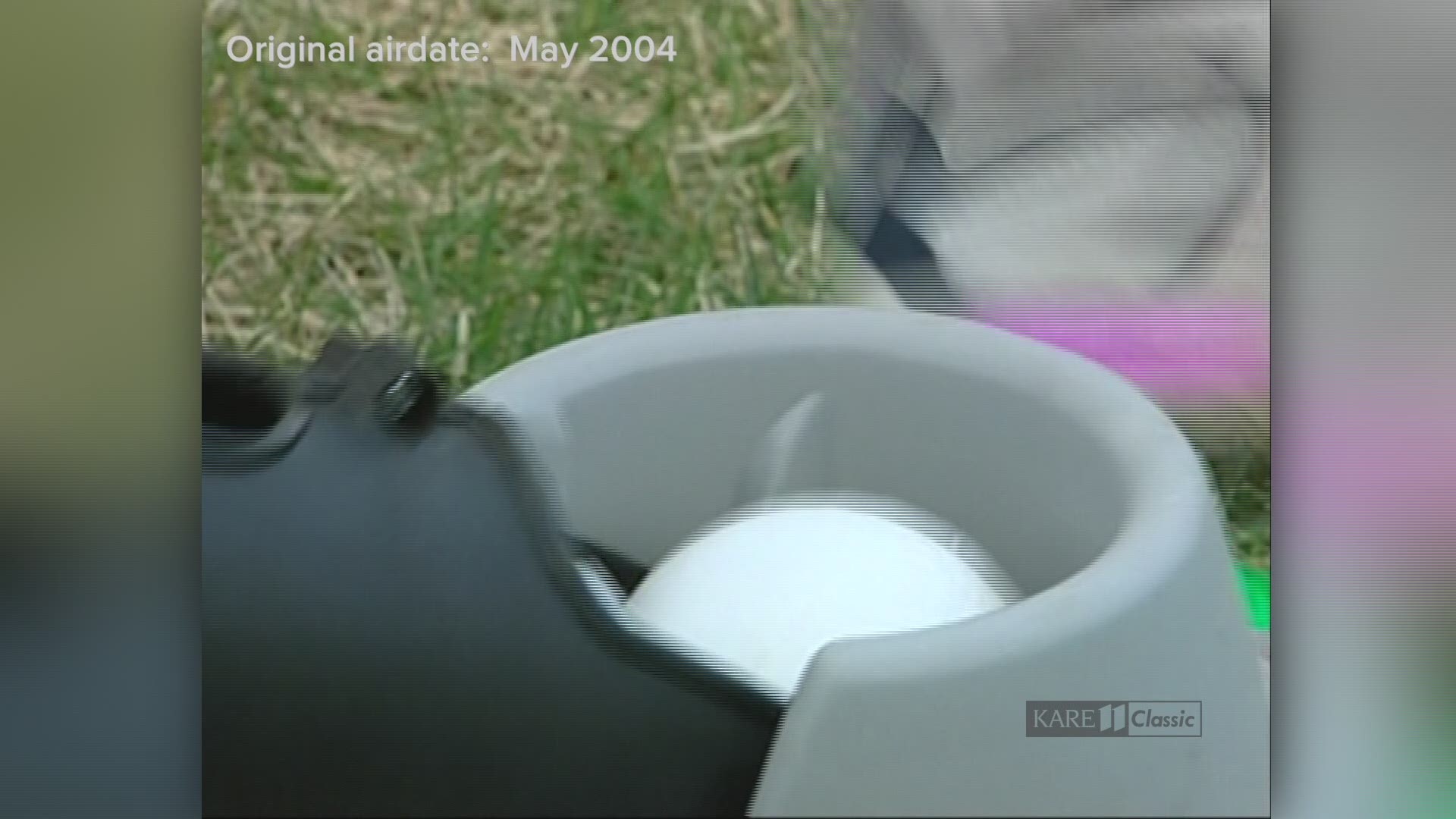 Editor's Note: This story was originally reported in May 2004

This touching and hope-filled story captured the attention of tens of thousands of people here and around the world. Huppert revisited the family and saw how life is changing for this amazing little girl.

What a difference one season has made in the lives of Gabby Gingras and her family. "Boy it's so nice to get to spring," says Gabby’s mother Trish. "Now we may have a chance to really help her."

It was winter when we first introduced you to Gabby, a three-year-old from Big Lake who has never felt pain. No matter how hard Gabby falls, no matter how hard she hits her head, Gabby sheds no tears.

Gabby was born with no functioning pain nerves, part of a genetic disorder called Hereditary Sensory and Autonomic Neuropathy Type V. A pain free life is not a blessing, but a curse that has left Gabby blistered from burns she never felt, with teeth she broke off as quickly as she got them, and with a left eye swollen and blind from glaucoma.

Not feeling pain, Gabby caused the damage with her own fingers before her parents started putting her in swim goggles around the clock.

Gabby’s condition is so rare that when we first told you about her in February, neither her parents nor her doctors knew of another patient like her in the country. As Gabby’s mom put it in February, "That's the one thing we would just love to have, another family, someone who knows what we've gone through."

Trish Gingras didn't know it at the time, but her appeal for support would be heard around the world.

Gabby's story has been viewed more than any other story posted on kare11.com. Paul Harvey picked it up for his national radio show. A British tabloid was among the newspapers writing articles. And among the scores of supportive e-mails and letters that arrived, one from a family in Norway with a seven-year-old daughter who the same condition as Gabby.

Another e-mail arrived from an address much closer to home. In 1988, unbeknownst to the Gabby’s parents, a girl named Sara Roberts was featured in a PBS documentary called The Mind.

Four years earlier the Mayo Clinic had diagnosed Sara as the first recorded case of HSAN Type V, the same condition as Gabby.

Sara is 24 now. She lives with her parents in Sioux Falls, South Dakota just four hours from the Gingras Family. Sara's story starts much like Gabby's with lost teeth and chewed fingers, broken bones and burns.

Judie Roberts remembered the Christmas Eve her little daughter lost the end of her index finger. "We were at family gathering and there was candle on the table and she was standing at the table" By the time someone noticed Sara’s finger over the flame, it was badly burned and part of it had to be amputated.

Years later HSAN Type V also cost Sara her legs. Time after time she had injured her knees. Pain wasn't there to tell Sara when to stop putting weight on a broken bone, a sprain or a swollen joint. Over time, the damage was so severe that Sara’s legs had to be amputated.

Judie Roberts said she and her husband Bill tried to keep Sara safe. She then paused and added, "We didn't succeed."

The Roberts don't know if their daughter’s developmental problems were related to the pain disorder.

They do know Sara has done well with what she’s been dealt. Sara graduated from a traditional high school and is a regular volunteer at a Sioux Falls hospital.

"She's happy," says her mom. "She handles it better than we do. She kind of is 'this is where I am. And this is fine.'" Sara can add something else to her list of accomplishments. She is now making a difference for a little girl from Minnesota.

Recently Sara’s family and Gabby’s family met for dinner at a Twin Cities restaurant. As their parents shared information, Sara entertained Gabby with goofy faces at the end of the table. "You're funny," laughed Gabby.

It was the first time either family had ever met another person with same condition. Trish Gingras hopes it’s the beginning of a lasting relationship. "It's another friendship, but it's a friendship with a purpose," she says.

Gabby’s parents are already learning information about Sara’s injuries they hope will help them protect Gabby. In time, they also hope to start a website that could connect them with still unknown families searching for answers about HSAN Type V.

Steve says, "We feel so much better just to know there are other people out there." Which is why spring truly is a time of new beginnings for the Gingras family. Even a support group as exclusive as theirs, is better than being alone.

Editor's Note: This story was originally reported in May 2004