Bryson Kliemann sold his prized cards to help pay for vet bills after his dog, Bruce, got sick. 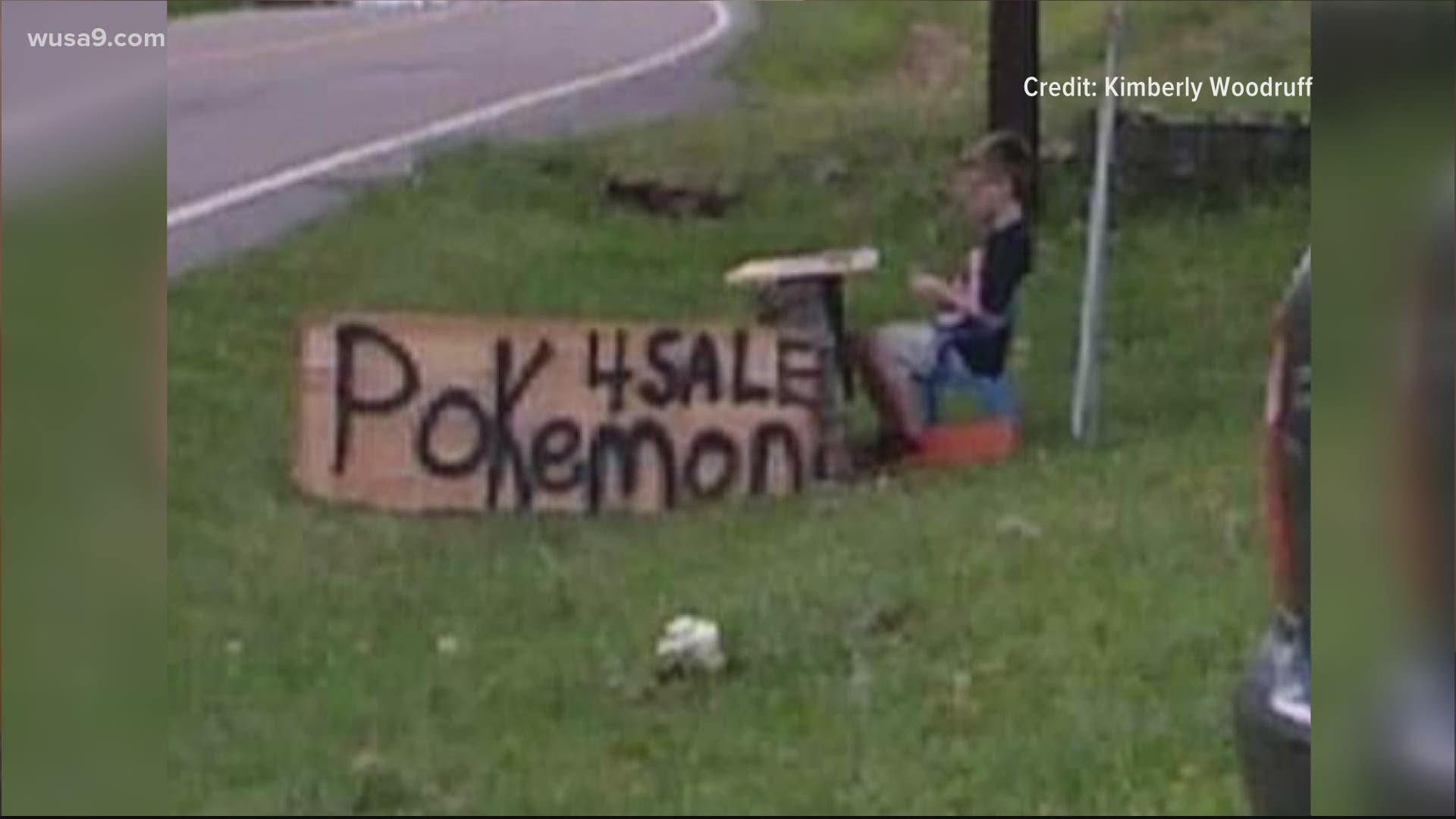 LEBANON, Va. — When Bryson Kleinmann heard his dog was sick, he did the only thing he could think of to make sure the puppy got better. He sat by the side of the road with a sign that read "Pokémon cards for sale."

In an online fundraiser post, Bryson's mom, Kimberly Woodruff, said the cards were his prized possession.

"He's so worried about our Bruce he is beside the road trying to sell his favorite thing in the world just to make his puppy better," Kimberly wrote.

Bryson had been collecting the cards for half his life, since he was just 4 years old.

Bruce, a 4-month-old puppy, had been diagnosed with parvo, a potentially deadly viral infection, and treatment would be pricey.

“Bruce got sick and needed my help,” Bryson told the Washington Post. “I was super sad. I didn’t want to lose my best friend.”

Woodruff posted about Bryson's mission on social media. Once word spread, the community wanted to pitch in to help and a GoFundMe page was set up with a goal of $800.

Bryson began selling his cards on May 4. The online fundraiser has raised more than $23,000 from nearly 800 donors.

Neighbors donated their Pokémon cards to the cause, and set up their own fundraisers.

The news even reached a worker at Pokémon Co. in Seattle, who sent Bryson a box of rare cards to replace the ones he had to sell.

The family was able to cover the cost of Bruce's treatment in just a few days. Bruce is now back home with his family. He is still receiving treatment and being closely monitored.

Woodruff, inspired by the outpouring of kindness and support, decided to pay it forward.

She worked with the veterinary clinic where Bruce was treated to donate funds to help other families pay for vet bills, and donated some of the money to local animal shelters.

Be sure to subscribe to the Get Up DC newsletter, where we'll be sharing an uplifting story every morning as well.

RELATED: Rhino plays the piano at the Denver Zoo | Get Uplifted

WUSA9 is now on Roku and Amazon Fire TVs. Download the apps today for live newscasts and video on demand.

Download the WUSA9 app to get breaking news, weather and important stories at your fingertips.