Emojis were attached to the message, at the insistence of her 9-year-old great-grandson. 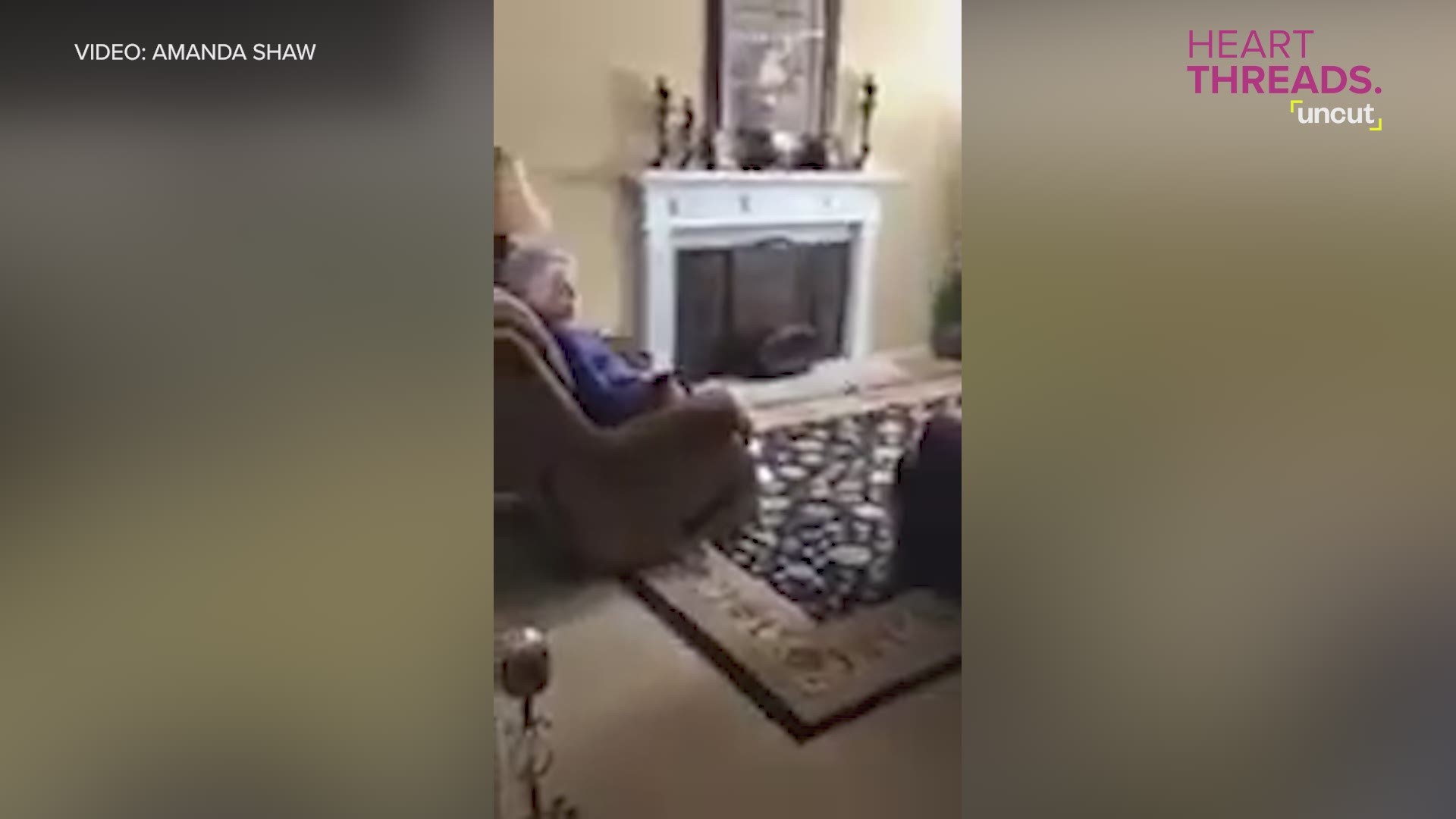 ALABAMA, USA — At 80, Henrietta DeRamus, or "Great Grammy" to her great-grandchildren, likes keeping herself busy with daily activities.

"She is big into church," said Amanda Shaw, Henrietta's granddaughter. "She would go to the church at least three times a week."

But it all came to a halt when the pandemic hit.

Churches closed their doors, and health experts recommended that senior adults stay home as much as possible for their own safety. Henrietta has been home-bound these days with her daughter, who is also her caregiver.

And there is a good reason for it: not only is Great Grammy in the high-risk age group for the coronavirus, she is also a breast cancer survivor, which makes her extra vulnerable if coming in contact with potential virus carriers.

Having been unable to interact with her great-grandchildren or hang out with her friends at the church, Great Grammy was "sent into a massive depression," according to her granddaughter Amanda. She couldn't eat or sleep much, and she barely took any walks.

"There was a point to where my mother had to say: each day, you'll have to at least walk to the mailbox."

Then one day, as Amanda was driving through a neighborhood, she saw a "Happy Birthday" sign. She immediately had an idea how to cheer Great Grammy up.

With the help of a sign maker, she put up a giant sign in front of Great Grammy's house that said: WE ♥ YOU GRAMMY. Emojis were attached to the message, at the insistence of 9-year-old Britton, one of Henrietta's great-grandsons.

Credit: Amanda Shaw
With the help of a sign maker, Amanda Shaw put up a sign in front of Great Grammy's house that read: WE ♥ YOU GRAMMY.

When Great Grammy walked out of the door to the sign, she looked shocked. Then, as she slowly grasped the situation, she became visibly emotional.

"That's sweet," she said as she choked up.

RELATED: Watch this little boy overflowing with joy as he reunites with grandparents through glass door

The sign had an immediate impact on Great Grammy's mental health: she became active again, starting to take walks out of the house to the front yard spontaneously just to see the sign over and over again.

"She walked to the mail box more than once that day," Amanda said with a laugh.

"It definitely lifted her spirit," She added.

Credit: Amanda Shaw
"Great Grammy" sat with one of her great-grandsons.

Amanda's mother filmed the heartwarming moment. As Amanda watched Great Grammy's emotional response to her sign, all she wanted to do was to give her a big hug, a simple gesture that now feels like a luxury from a past life.

"They need to know that they are still loved, that people care about them. This is not the end of the world. It will be over soon," Amanda said.

"Everybody just needs to show them a little bit of love, one way or another."