Autumn Howg's father is currently deployed in Kuwait, but that doesn't mean she was lacking for father figures at her graduation. 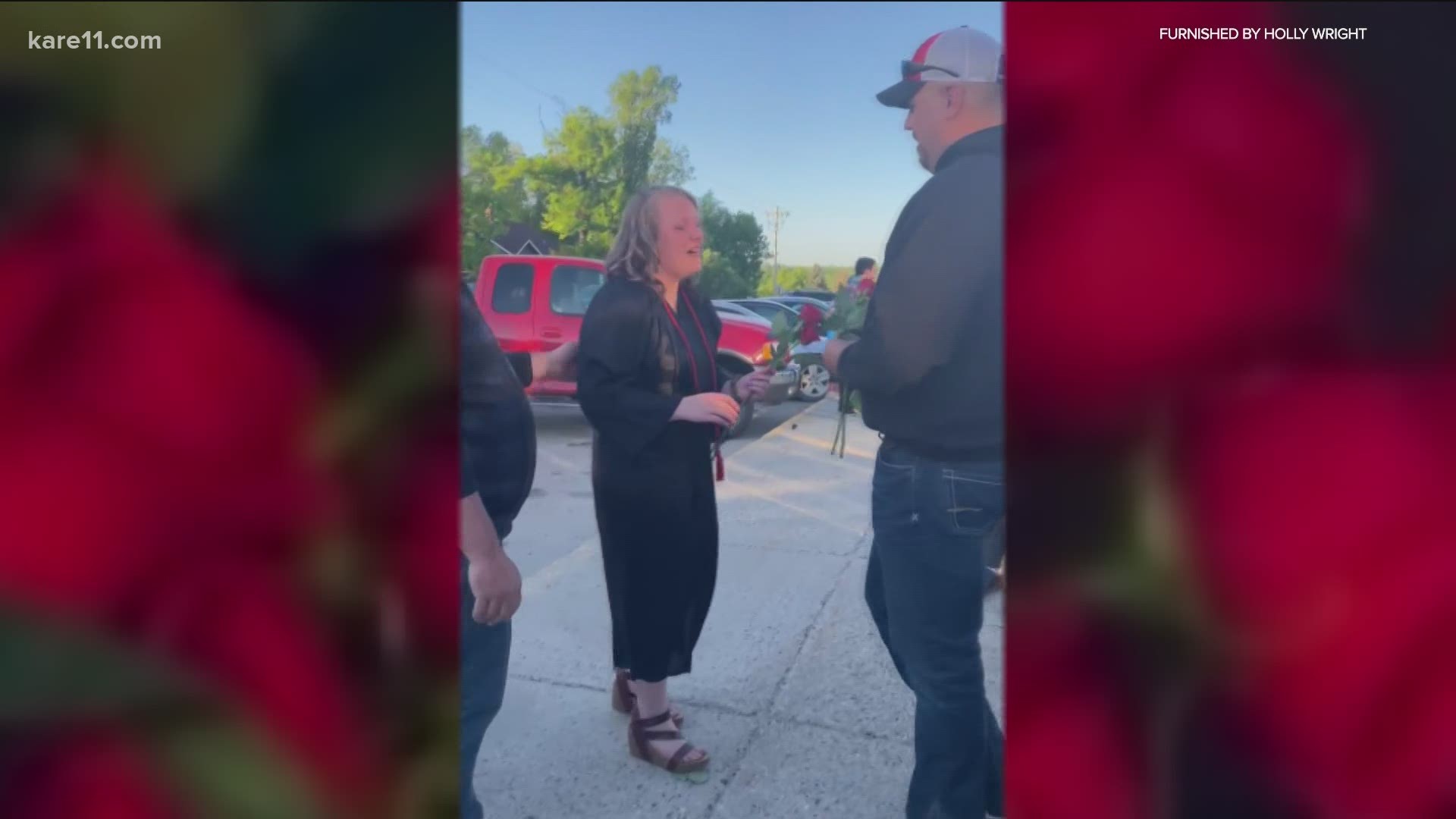 LAPORTE, Minn. — A sweet high school graduation moment captured both the honor of military service and the value of the village in supporting military families.

On Friday night, Autumn Howg graduated from Laporte Public High School -- a milestone moment missed by her father, Lyle, who's a first sergeant with the Army National Guard currently deployed in Kuwait.

But just after the ceremony, 10 men -- friends of the family and relatives -- surprised Autumn by literally stepping up to present her two roses. The new graduate cried and hugged each of the "fill-in dads." You can watch her reaction above.

Lyle will be serving in Kuwait -- his third deployment overseas -- until next March. In the meantime, Autumn is also beginning to make her mark on the world: she just completed EMT classes and will soon be certified to work as a paramedic.