His own business slowed, man delivers free firewood to others 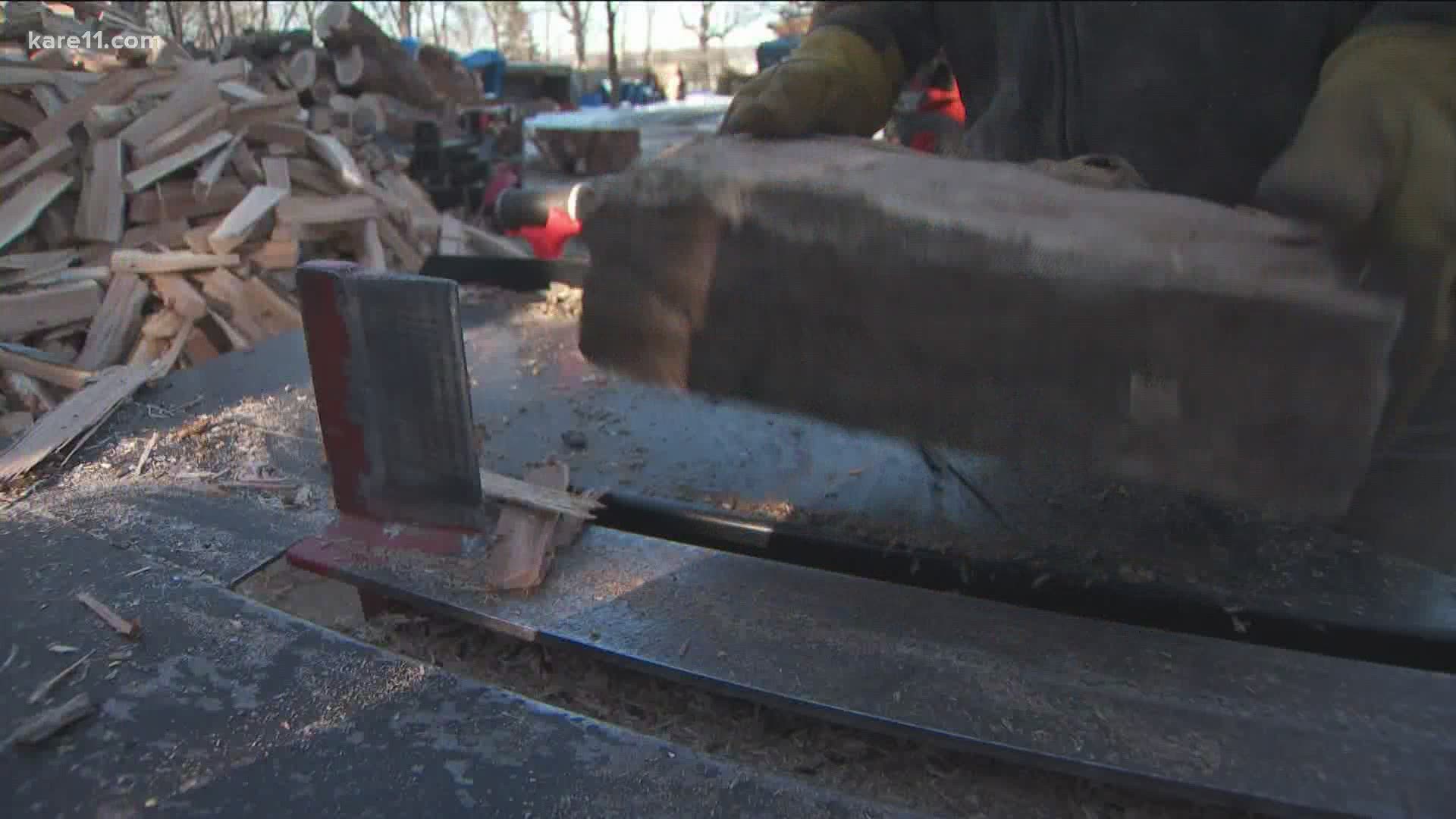 “It's therapy, is what it is,” Matt Kenevan says.

The owner of The Beer Dabbler was forced to cut his staff by roughly two-thirds as event after event cancelled during COVID-19 shutdowns.

But a man only needs so much firewood to heat his home. That’s when Matt took his log splitting therapy on the road.

This winter, the Mendota Heights resident has delivered free firewood to more than two dozen bars and restaurants for use in their patio firepits – roughly 40 trailer loads and counting.

“Watching my friends that owned bars and restaurants, they were hurting," Matt says.

One Friday he delivered two cords of firewood to the Handsome Hog restaurant in St. Paul, which plans to reopen for business on Feb. 1 after a shutdown of several weeks.

“It's pretty crazy the price of everything trying to keep an outdoor place open in the winter, and we just appreciate all the help we can get,” Dylan Howe, the restaurant’s assistant general manager said.

Matt has also started delivering wood to homeless camps – including the St. Paul campsite of a husband and wife named Lyle and Samantha.

“It helps keep warm you know, to have a fire going,” said Lyle, who declined to give his last name.

Matt has been accepting donations of logs from tree trimmers – and welcomes monetary donations to help cover the cost of fuel and other delivery expenses.

He can be reached by emailing: mkenevan@thebeerdabbler.com

Matt is confident his own business will bounce back and wants to help others do the same.

“It makes me feel good. It takes my thoughts away from some of the hard realities of life,” he says.