Fourth of July celebrations return across the Twin Cities 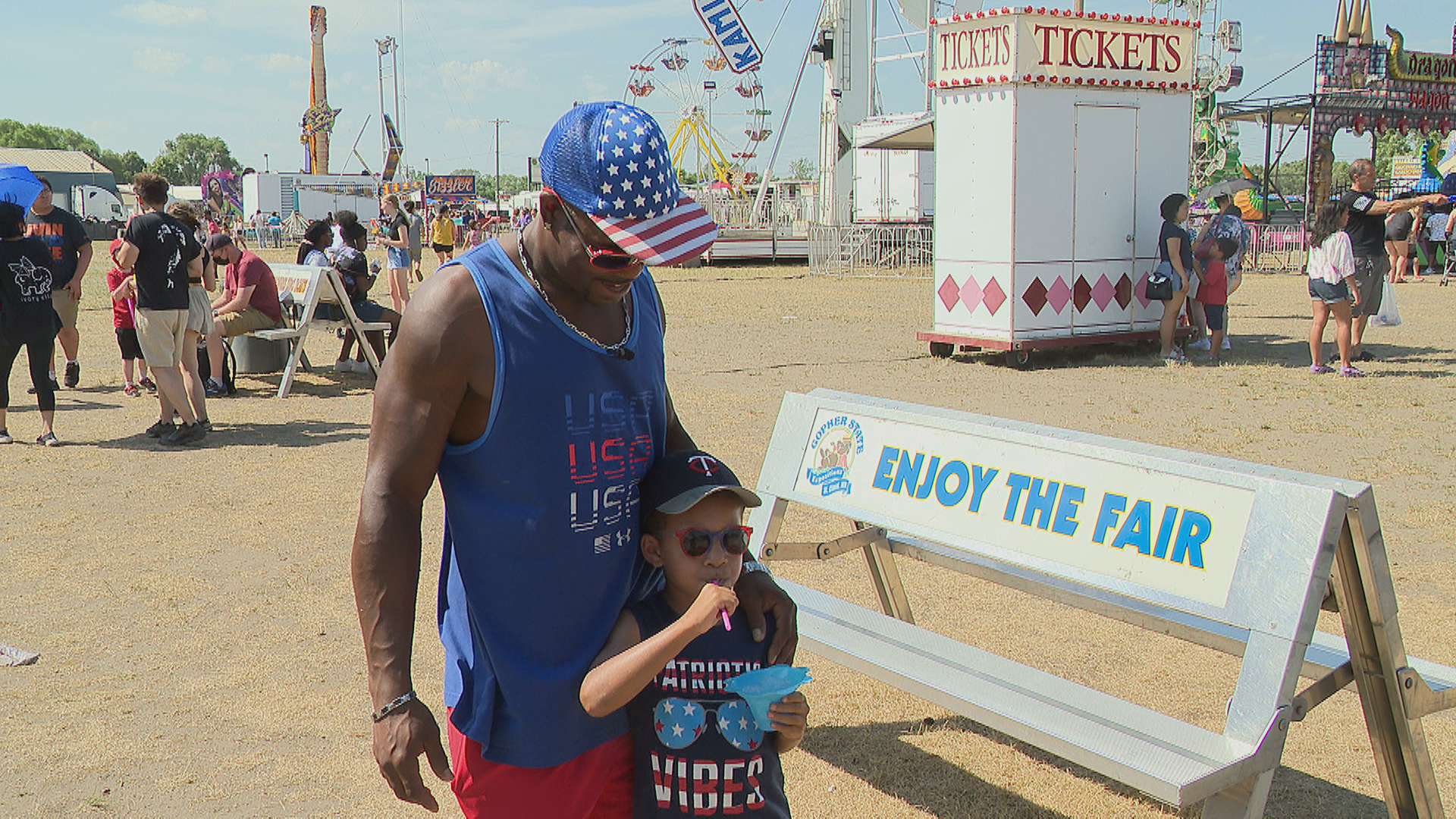 COON RAPIDS, Minnesota — After the pandemic wiped out many Fourth of July events across the Twin Cities metro area last year, annual celebrations returned this weekend in a big way.

"This is my favorite holiday. I don't ever miss fireworks," said Naomi Nelson of Blaine.

Nelson and her family came out to Coon Rapids on Sunday and spent the afternoon at Boulevard Plaza's Splash Pad to beat the heat. After a year off, the annual 4th of July Community Celebration returned with food trucks, rides, games, live music and fireworks.

RELATED: Biden: US 'coming back together,' but COVID not yet finished

Last year, Chris Gray of Champlin spent the holiday at home with relatives. He and his family came out to Coon Rapids for the celebrations on Sunday afternoon.

"Basically seeing smiling faces, actual faces, instead of people just in their mask hiding... it's actually pretty great to be out with everyone and enjoying the festivities and the carnival back this year. The kids enjoy it so much," Gray said.

Across the metro, more fireworks shows have returned.

Bennie Netzley, manager of Hollywood Pyrotechnics and one of the lead designers, said last year they did a lot of barge-based lake shows because boaters were able to socially distance. This year, they're back in the parks. On Sunday afternoon, the team was setting up in Cottage Grove's Kingston Park. The Cottage Grove Lions, in partnership with the city of Cottage Grove, hosted a Fourth of July picnic and fireworks.

RELATED: Where to celebrate the Fourth of July in the Twin Cities

Netzley said they started setting up the fireworks display at 9 a.m. on Sunday. Crews also spent about 30 hours preparing for the show from their warehouse in Pine City. The finale alone included close to 600 shells.

"It's like any performer... when you can hear the audience cheering and laughing, it makes all that hard work just so totally worth it and it just makes me happy," Netzley said.

But due to the pandemic, a new problem has popped up.

"A lot of places are having trouble finding people and we are not exempt from that even though it's a fun job," Netzley said.

Hollywood Pyrotechnics has shows every weekend this summer. Those interested in applying for a job, can email the company at information@HollywoodPyrotechnics.com.

RELATED: 4th of July parades and festivals are bringing people together after COVID kept us apart

Netzley said it feels good to see people gathering once again to enjoy the fireworks, adding, "Their faces are lighting up and it's like yes, you've been waiting for so long and there's this moment of joy that's just beautiful."