While it may be brown now, there's still a 'good chance' of a white Christmas

"We’ll have a good chance of having some plowable snow, some significant snow for some of us on Wednesday," said KARE 11 Meteorologist Laura Betker. 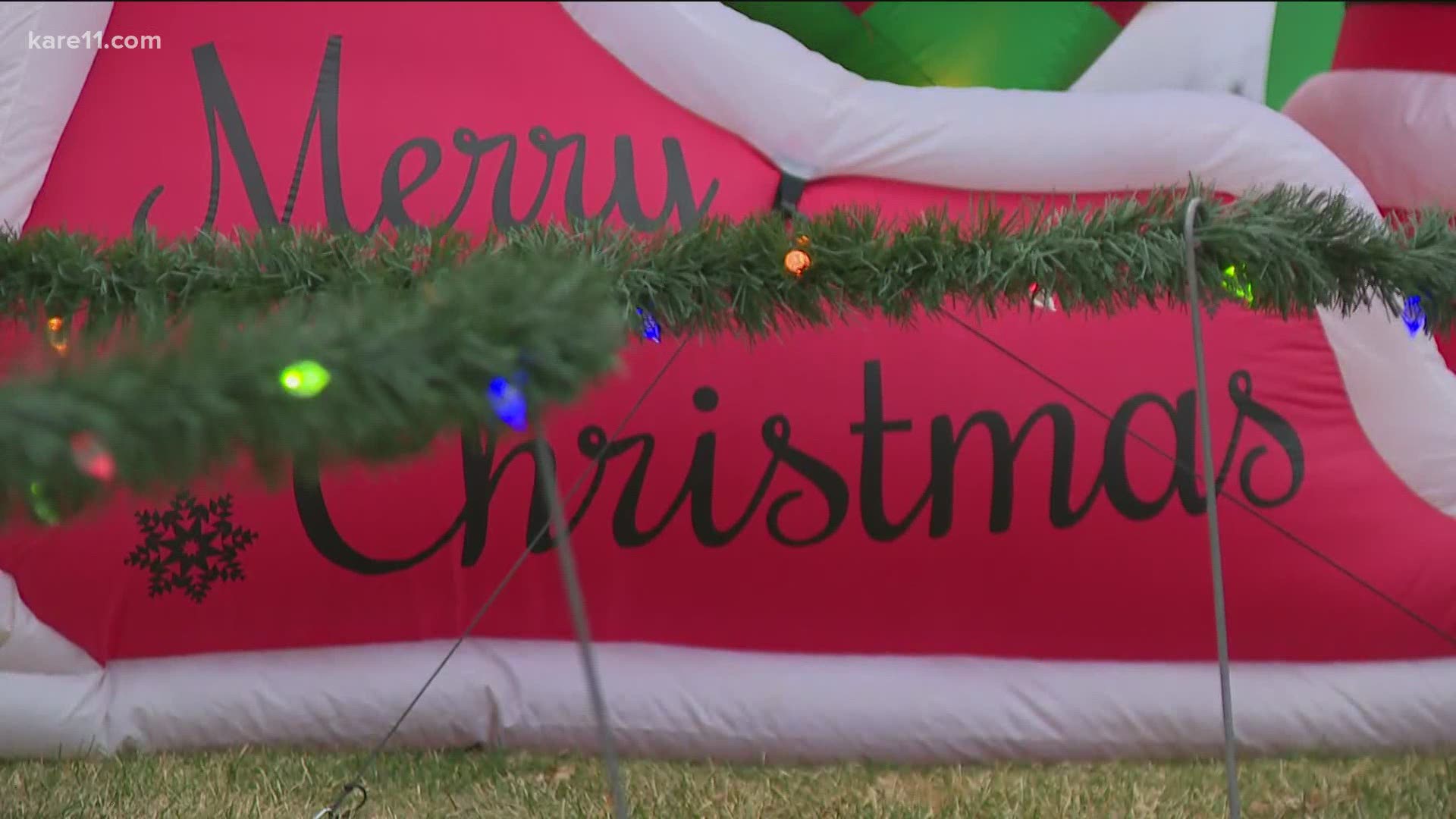 ROGERS, Minn. — When it comes to weather, the Carlson boys are on two different teams.

Eight-year-old Owen dreams of summer days boating on the lake.

And those who get a kick out of having a white Christmas find that Mother Nature sometimes falls short.

"When you go back and look at the data, we’ve had a few brown Christmases," said KARE 11 Meteorologist Laura Betker.

Since Minnesota weather records originated in 1871, the state has had 34 Christmas Days with less than an inch of snow. While it’s almost sure to be white up north by the end of December, in the southern half of the state it’s at about 70%.

Today, we’re short on daylight and on snowfall, but that could change just in time. Laura says our forecast shows a storm is on the way.

"We’ll have a good chance of having some plowable snow, some significant snow for some of us on Wednesday," said Betker. "And that’s, of course, before Christmas."

Which Owen Carlson says puts him on the losing team.

"It takes longer to put my snow pants and coat on when it’s cold," he said.