Who better to give advice on our peonies than a Delano man who grows thousands of them! 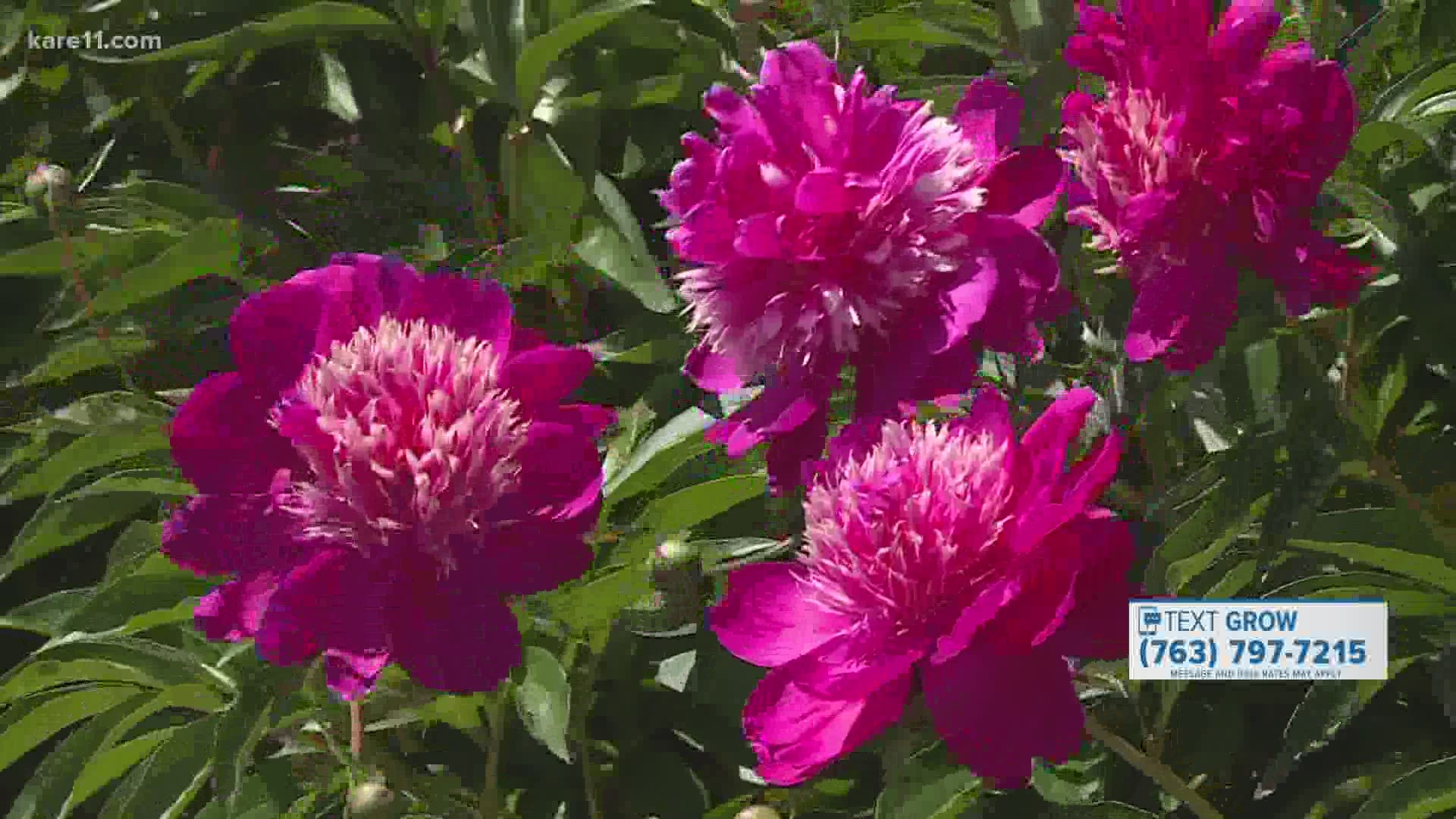 Peonies are generational ... so Bobby and I found a field with generations of peonies! Also there is Laverne Dunsmore of Countryside Gardens in Delano - the peony guy to answer all our questions about one of our favorite plants.

"I suppose I have about 250 to 300 varieties here in the field and then a few thousand seedlings of my own," Laverne guesses of his fields. The farm is not open to the public, but you can buy peony root stock from Laverne's fields online at growpeonies.com.

We ask him the one thing we should know about growing peonies.

He tells us to neglect them! Laverne says in the hot summer heat, the best way to kill a peony is to give it water. With full sun, they can last 50 to 100 years.

Peonies get a bad wrap for falling over. But in Laverne's field the blooms are nearly all standing straight up, even after heavy rains. And Laverne says the reason is because his are in full sun. The plants don't have to compete with shade and such like in a home landscape. That's why, he says, "you see the best peonies along a driveway in full sun."

If you have a peony in full sun that's still falling over ... it was probably bred for the cut flower industry with long stems that hold a lot of water and can be too heavy. But that doesn't make for a bad plant. Laverne stresses that everyone has their favorite color or smell to a peony and that's part of what makes them spectacular, even if you need a peony cage to hold them up!

Now, if your peony isn't blooming at all, what's the problem?

Laverne knows 99% of people you ask will tell you the roots were planted too deep. But that's a big misnomer he says.

Rather, the roots are simply still too small, Laverne says. When he plants peonies in his field he does so in a trench 12 inches deep! For homeowners he advises planting them with the eyes of the root one to two inches below the surface. A plant takes three to four years to become full grown. And every time you move it you set it back.

"But sometimes the buds don't develop because if it's a real wet year you get bud blast on there. You can get a fungus that can attack that little bud. I always tell people to look at the very top of where that flower bud was developing. Is it brown? If it's brown it has nothing to do with how deep it is," advises Laverne.

Peony season is notoriously short. If you want a long bloom season, Laverne says to make sure you buy an early, mid and late blooming peony to guarantee at least three weeks of blooms. Typically the whites bloom last.

The whites and the pinks are typically the most fragrant. We love them all!

RELATED: Grow with Kare: How the Arboretum protects against rabbits and deer