Grow with KARE: Inside Bushel Boy

We could use a trip straight to July and that's what we got when Bobby and I headed to Owatonna. 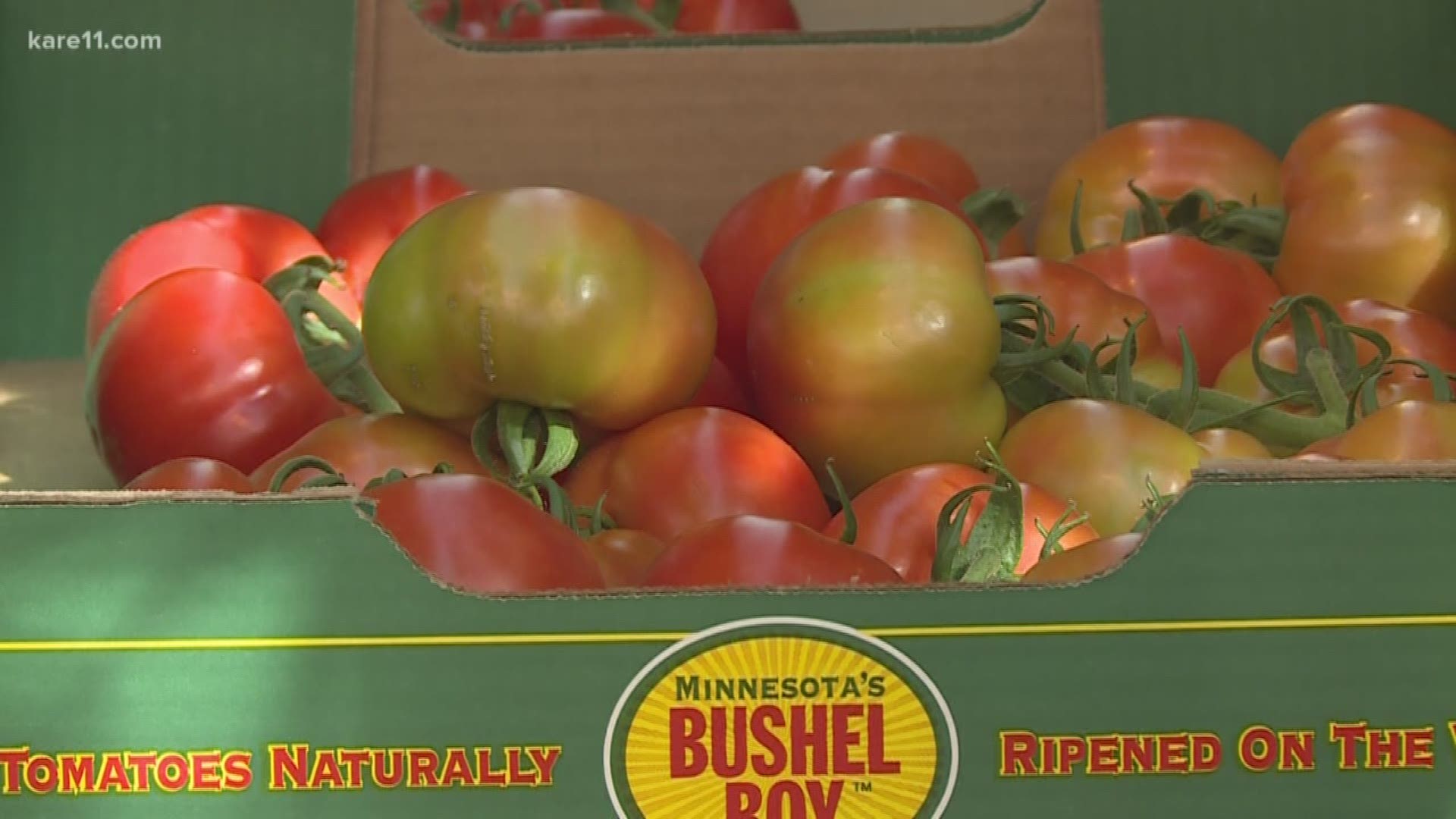 Walking into the green houses at Bushel Boy in Owatonna is such a treat in the chilly spring. Bright red tomatoes growing on lush green vines with the buzz of bumblebees in the air sets the stage for an afternoon well spent.

President Steve Irland says tomatoes don't like to travel more than 1,000 miles in a truck, so Bushel Boy "doesn't subject them to that!"

They are allowed to ripen on the vine and aren't picked until red, which leads to the flavor we love that can lack in other grocery store tomatoes.

Each vine grows for about 40 weeks, eventually producing a cluster of tomatoes per week. The vines reach 30 feet long and grow both horizontally and vertically.

Head Grower, Alfredo Torres says his hardest workers are his bumble bees that "know exactly what do to and when to pollinate" Using mist, heated pipes, natural light and supplemental light, Torres controls the climate in the greenhouse for optimal growing year round.

In the winter giving them enough light is a challenge but keeping them from getting over-stressed from the heat of summer is an even bigger problem to overcome.

Alfredo's tips for home tomato gardeners are fabulous and surprising!

First he says giving them some afternoon shade is a good thing. They do most of their growing before 10am and then again in the evening when the sun isn't as hot and stressful.

And last, when the plants are blooming, pick off two blossoms per flower cluster to optimize your yield.