For eating and especially for wine-making, Itasca is a game changer for Minnesota! 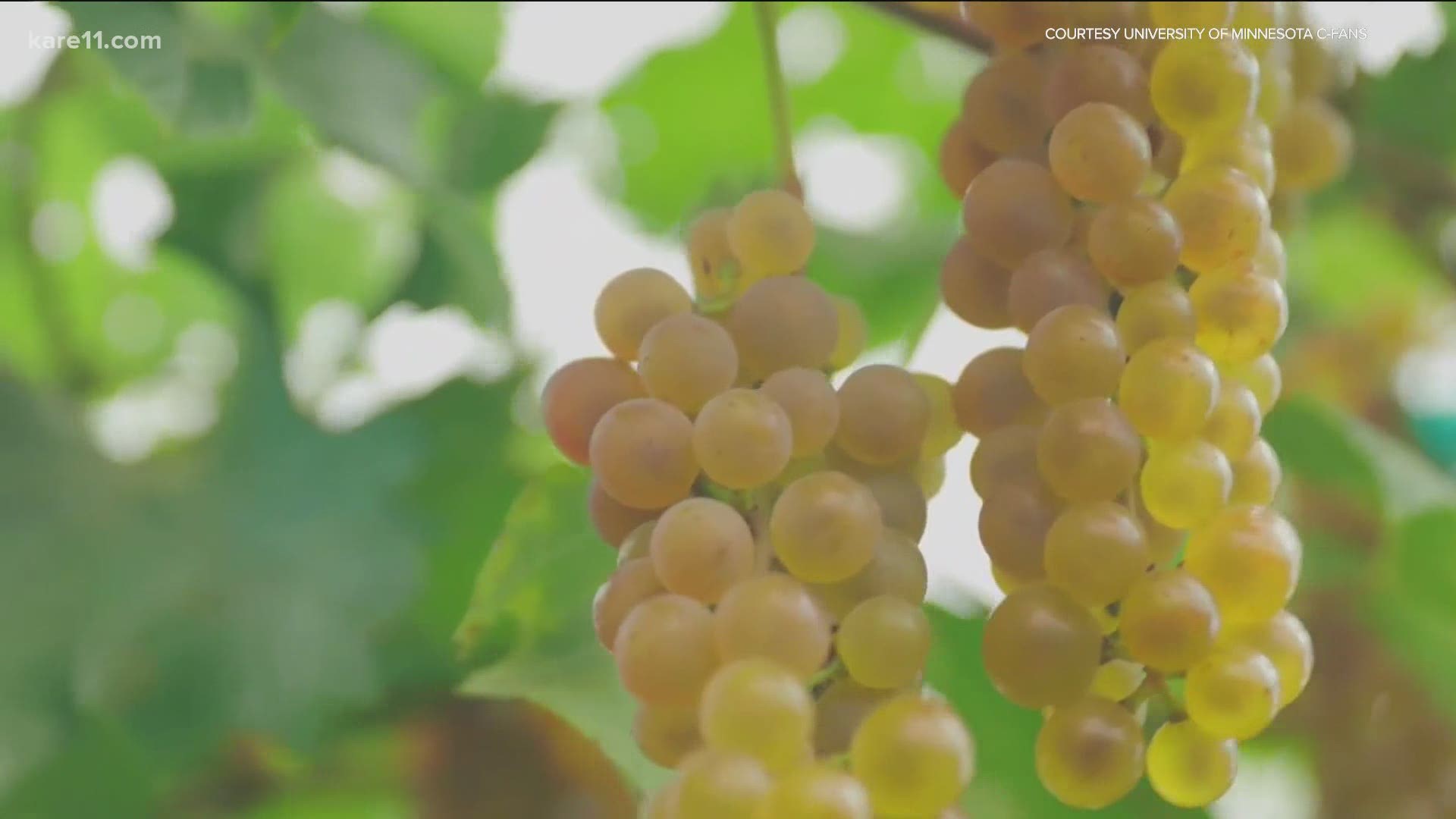 We couldn't put our bunch of Itasca grapes down! They're delicious!

But rather than for eating, Itasca will make a great Minnesota wine. In fact, you can already sip some at some Minnesota vineyards this season!

Since the early 2000's, researchers at the University of Minnesota have been developing this new grape and now it's ready. It's a green grape with a slight pinkish hue that develops on some berries in each cluster, which is key for helping vineyards know when Itasca is ripe for the picking.

The real success of Itasca is rooted in it's disease resistance and cold hardiness. It's tough enough for the polar vortex or two.

This year was fantastic as far as growing conditions at the University of Minnesota Landscape Arboretum with enough rain at the right times to produce a great Itasca crop. Late into the season, researchers were picking the grape at different times during the late summer and early fall season to determine when Itasca should be picked to be fermented into the best tasting wine.

U of M Horticulture Science Professor, Matt Clark tells us that wine made from Itasca will be drier than other Minnesota wines you might be familiar with. He is hesitant to directly compare it to other wine grapes - from liquor stores - but says those who enjoy Sauvignon Blanc, Chenin Blanc or even Chardonnay will appreciate the flavors that Itasca brings.