All the corn we gobble up at the corn roast stand comes from Untiedt's farm in Monticello. It's a special corn from Japan specially grown and hand picked. 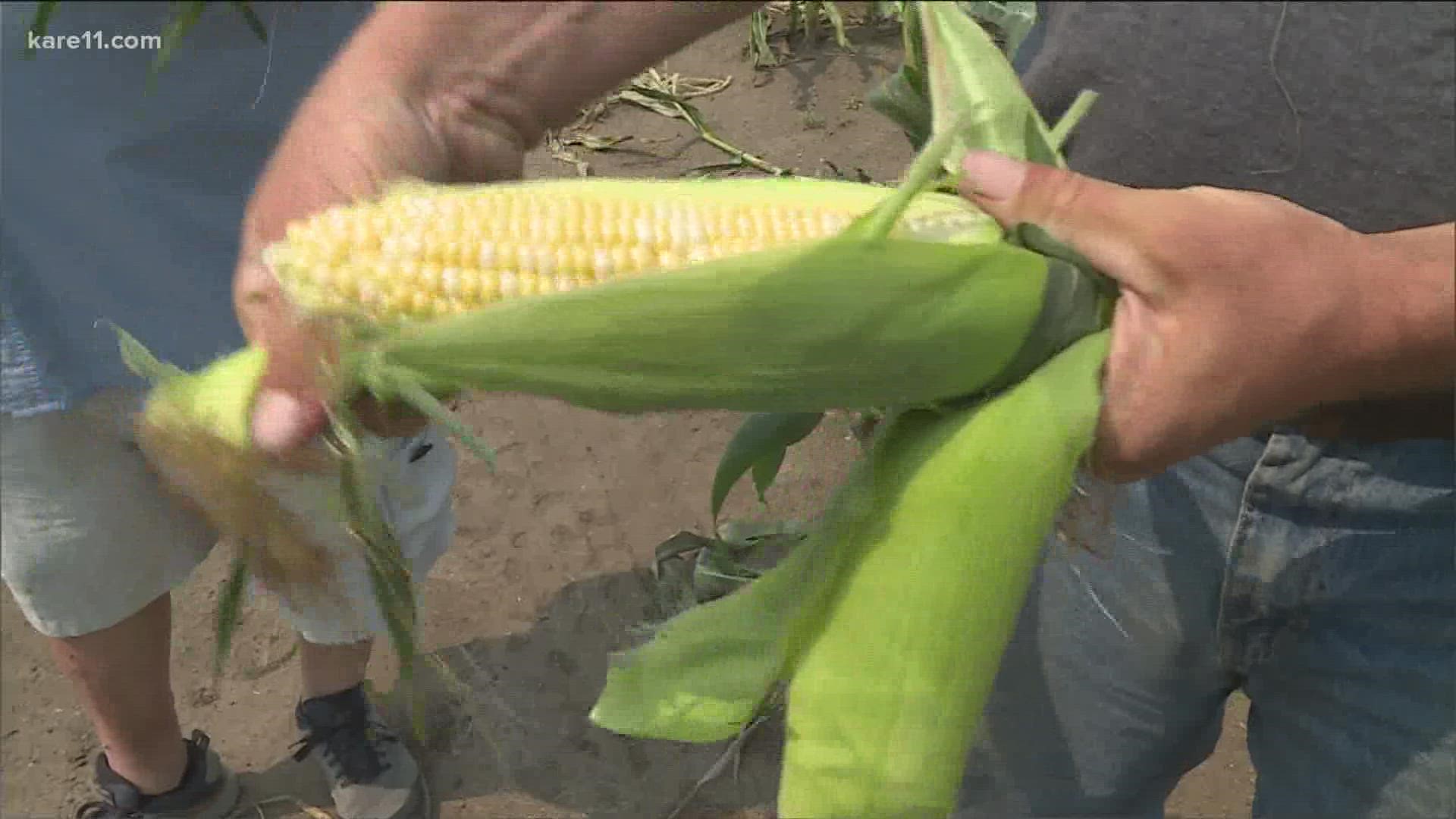 ST PAUL, Minn. — All the corn we gobble up at the corn roast stand comes from Untiedt's farm in Monticello. It's a special corn from Japan, specially grown and hand-picked.

Paul Nelson and his crew pick corn every morning to bring to the fair that evening.

"This is a variety of corn we raise strictly for the Minnesota State Fair. It's a variety of corn that can only be hand-picked. It grows on a stalk that's very thin so every time you look at it it almost wants to tip over," Nelson said.

"This is actually a corn out of Japan. We finally got a good bi-color corn that just has that ideal amount of corn flavor mixed with the sugar."

So, what makes a good ear of corn? Nelson answered, "The bite. It's gotta pop off the cob. And it's gotta be sweet with that hint of corn flavor. If it's too sweet, to me it's just not the same."

So why does it need to be hand-picked?

Nelson explains, "If you pick them with a machine, you crush the bottom of the ear. So we go through and we pick every ear by hand."

Of course we had to ask him about the weather this year.

He said the Unteidt's sweet corn fields have been growing wonderfully, but that's because they're irrigated.

"Every year is different," Nelson said. "This year with the intense heat, we've had things are moved ahead a little bit. Some years when it's cool, things are backed up. We're trying to plant in May for a fair that's occurring in the end of August, first part of September. Every year is different. We'll put two or three plantings ahead of the fair schedule and two or three plantings after the fair schedule. you actually grow twice as much corn to catch that ten day window."

It seems like Nelson and the Untiedt's team have it figured out, because the corn is amazing!