Grow with KARE: Orchid tips from a specialist known worldwide

Jason Fischer of Orchids Limited in Plymouth is recognized worldwide all because of one specific species. Plus he knows a thing or two about taking care of orchids. 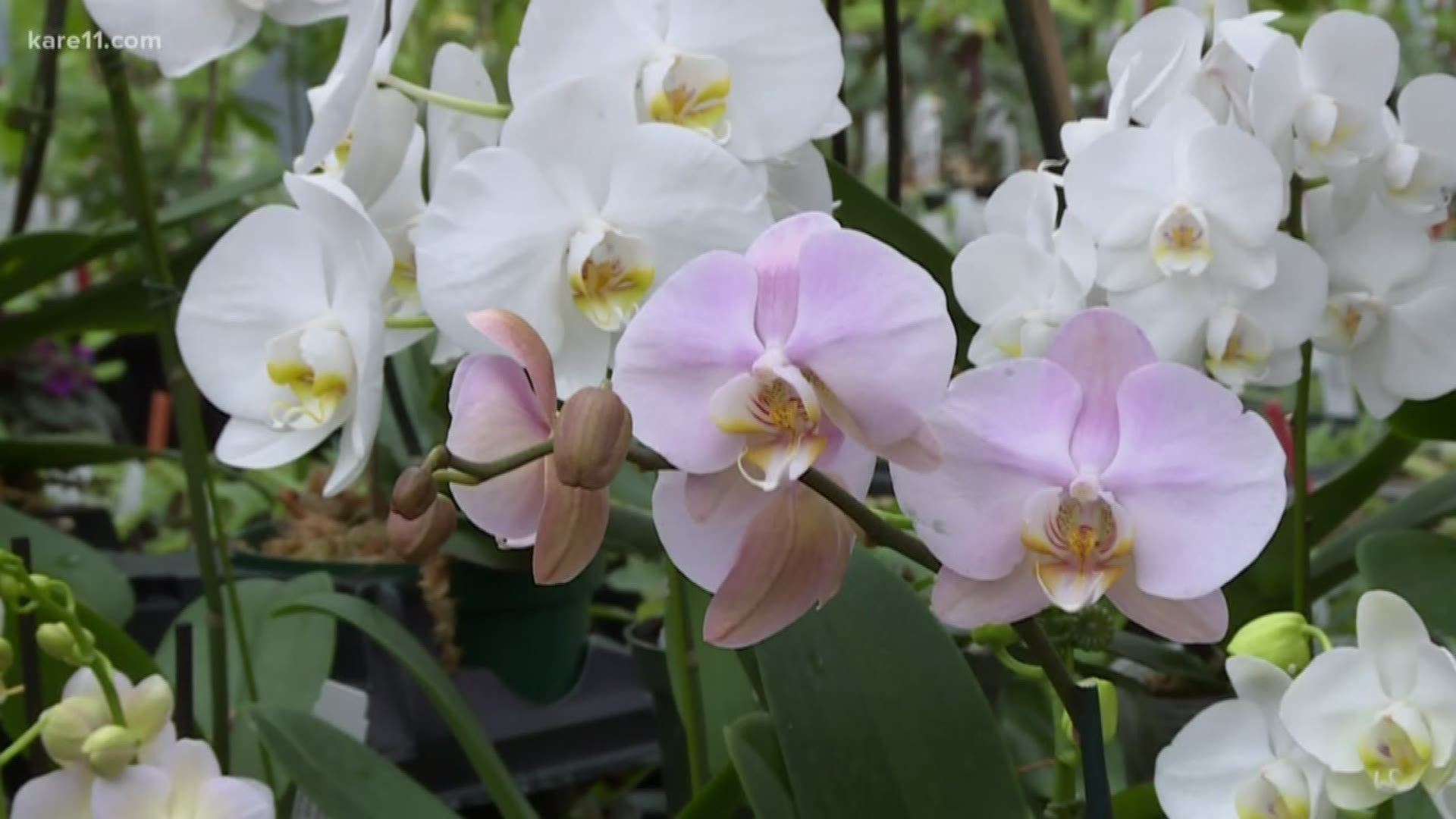 Step into Orchids Limited and you're immediately transported to another world, where thousands of Orchids are born and bred. Some familiar and others like you've never seen.

Plants are really hot right now but orchids might be the hottest.  They look very delicate but they really aren't that hard to take care of if you follow a couple tips.

The number one question Jason Fischer or Orchids Limited says he asks his customers is, "What are you doing for watering?" If you live in a city that has hard water and you're using a softener that's the first thing that's killing your plants. Get melted snow, rainwater reverse osmosis and that will fix most of your problems with plants.

What about the ice cube trick?

Jason doesn't recommend it because a lot of times it will under water plants, especially in Minnesota's dry air. He recommends taking the plant to the sink and letting water run through the pot for a couple minutes once a week. Or let the water sit for 10 to 30 minutes in a water bath to allow the potting medium to soak up the water.

The number one question Jason gets from customers is how to get the orchid to re-bloom. There's two answers here.

First try to cut the stem about an inch above one of the nodes. If the stem is healthy and sturdy enough you may get another flower as quickly as two to three months. But if this doesn't work, you'll have to cut the stem all the way to its base and wait about a year.

Do you need to re-pot?

Jason says orchids like to be root bound. you only need to re-pot when there's very little potting medium left. If your orchid is growing in moss, this is likely every one to two years. But bark can lasts two to four years.

The common Phalaenopsis are beautiful but you can't go to Orchids Limited without checking out some exotics and rare species. it just so happens that Jason's dad developed the most awarded man-made orchid in the world, right here in Plymouth, Minnesota. The Phragmipedium was first bred in 1996 and named after the very Jason Fischer we've been talking to! Jason himself is known and recognized around the world simply because of this orchid.

Orchids Limited in Plymouth is open to the public Thursday through Saturday but also ships around the globe. The princess of Qatar is a regular client.

RELATED: Grow with KARE: Keep your roses looking fresh for 7 to 10 days