If you’re looking to start seedlings indoors, here’s the timing to follow, keeping in mind that we are using the mid-May date typical of last freeze for the metro. 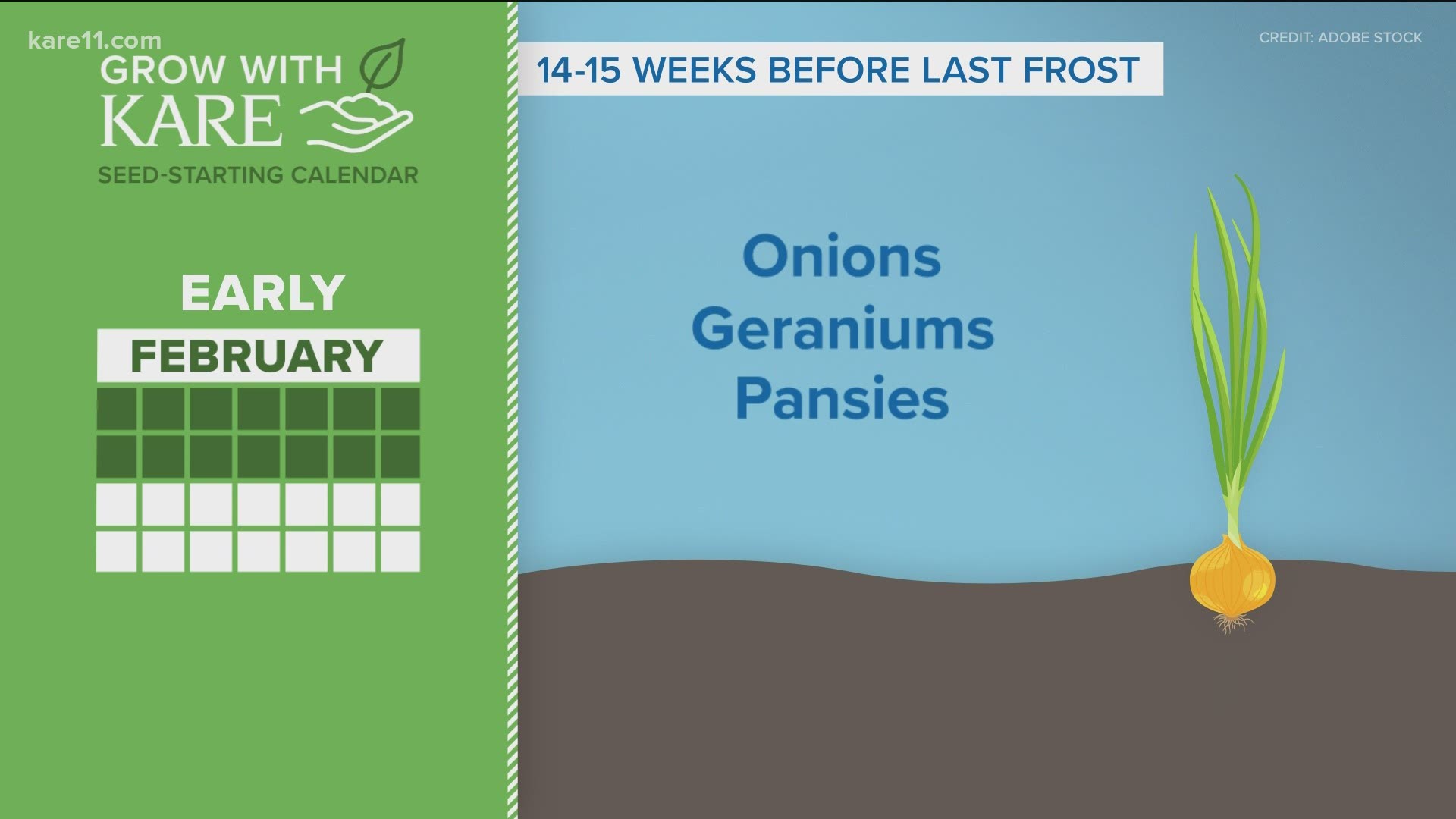 GOLDEN VALLEY, Minn. — We’re all itching to start seeds. Mine have come in the mail and I’m excited! If you want to start some now, try the winter sowing method we talked about in a previous episode.

But if you’re looking to start seedlings indoors, here’s the timing to follow keeping in mind that we are using the mid-May date of last freeze that is typical for the Twin Cities metro area. Always follow the instructions on your seed packet.

Early February is about 14 to 15 weeks before last frost and the time to start onions, geraniums and pansies.

Mid-February the impatiens, lobelia and celery can get planted.

In early March we start to make good progress with 10 to 11 weeks to the average last frost. This is the time for broccoli, cauliflower, cabbage, brussel sprouts and head lettuce. Also dahlias, petunias, snapdragons, verbena and rudbeckia.

By mid-March, eggplant, okra and peppers can be seeded indoors. Marigolds, ornamental peppers, salvia, alyssum and holly hocks as well.

In early April we are 5 to 6 weeks out and it’s finally time for tomatoes. Don’t be tempted to get them started earlier or you’ll have leggy seedlings. Early April is also time for aster, nasturtium, ornamental kale and morning glories.

Mid-April you can seed cosmos, sweet peas and zinnias.

Then spend the first couple weeks of May hardening off the plants by bringing them outside into the warm sun just for a couple hours at first and increasing their time outside until the last frost has passed and they can be transplanted.