Grow with KARE is now in it's 26th year, and here are some of our favorite stories from 2019. 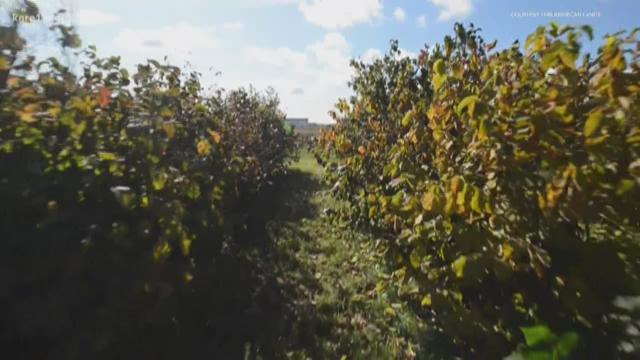 GOLDEN VALLEY, Minn. — Science and research was the theme for 2019, and the Grow with KARE team had a front row to emerging discoveries that could end up on our dinner tables.

We called it what is "New at the U" and it led to some amazing finds including the Bell Museum archives, where we learned that they have a quarter-million preserved dried plants.

Looking at all of the dried plants that have been harvested from every nook of our state for the last century and beyond, is amazing but they tell a much bigger story.

Next, we learned all about Camelina.

Camelina is a hardy winter crop, not necessarily a perennial, but can be added to Minnesota landscapes when other crops aren't in the ground. It could also be used in conjunction with perennial plants to have a more 'synergistic' effect.

Camolina along with Kernza, Elderberrys, and American Hazelnuts were all highlighted in Grow with KARE this year, crops that are native, hardy, and many that adapt to the off season and will help sustain the quality of the soil, use the land more efficiently and produce a cash crop, that is the goal of all of this research.

After that, the team checked in with the groundskeepers at Target Field as they prepared the turf for baseball season. Winter weather and some new growing features were keeping the crew busy in February.

And last but not least, the beautiful Landscape Arboretum topped the list of favorites for 2019. They've had the honored of being selected as the number 1 botanic garden in the U.S., two out of the last three years.