Vegetable seeds are flying off the shelves! 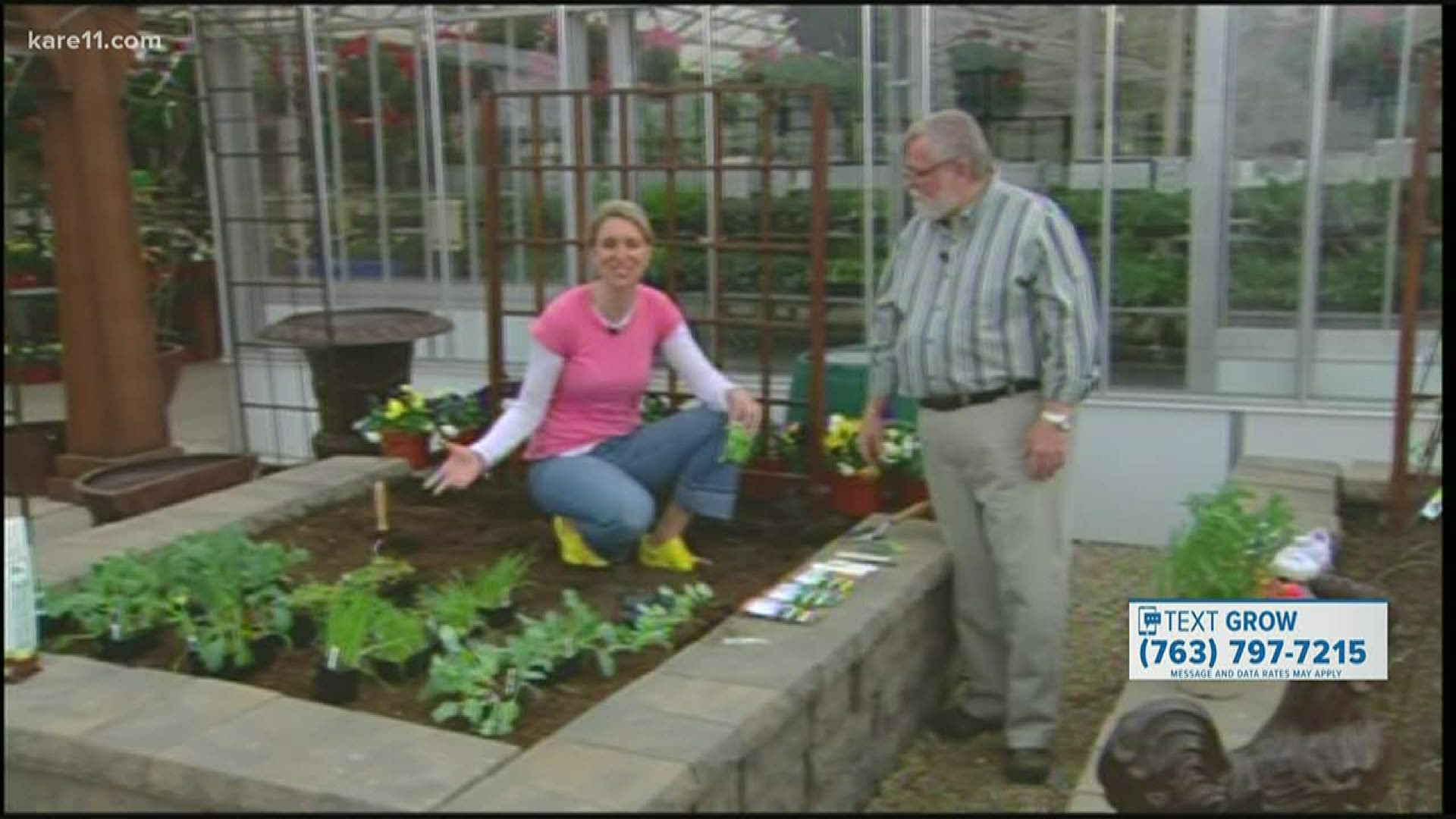 GOLDEN VALLEY, Minn. — Many of the garden centers are reporting a huge surge in sales of seed packets.

Many people are thinking of growing there own vegetables this spring.  They are calling them "Victory Gardens" which is named after gardens that were planted during World War I and World War II.  Here is the history of those gardens written by Laura Schumm.

"During World War I, a severe food crisis emerged in Europe as agricultural workers were recruited into military service and farms were transformed into battlefields. As a result, the burden of feeding millions of starving people fell to the United States. In March of 1917 just weeks before the United States entered the war Charles Lathrop Pack organized the National War Garden Commission to encourage Americans to contribute to the war effort by planting, fertilizing, harvesting and storing their own fruits and vegetables so that more food could be exported to our allies. Citizens were urged to utilize all idle land that was not already engaged in agricultural production—including school and company grounds, parks, backyards or any available vacant lots.

Promoted through propaganda posters advocating that civilians “Sow the seeds of victory” by planting their own vegetables, the war garden movement (as it was originally known) was spread by word of mouth through numerous women’s clubs, civic associations and chambers of commerce, which actively encouraged participation in the campaign. Amateur gardeners were provided with instruction pamphlets on how, when and where to sow, and were offered suggestions as to the best crops to plant, along with tips on preventing disease and insect infestations. The endeavor was so well received that the government turned its attention to distributing canning and drying manuals to help people preserve their surplus crops. In addition to the appeal to men and women, the federal Bureau of Education initiated a U.S. School Garden Army (USSGA) to mobilize children to enlist as “soldiers of the soil.” As a result of these combined efforts, 3 million new garden plots were planted in 1917 and more than 5.2 million were cultivated in 1918, which generated an estimated 1.45 million quarts of canned fruits and vegetables. By the end of World War I, the campaign promoting home gardens—which by then were referred to as “victory gardens”—had dropped off, but many people continued to maintain them.

Shortly after the United States was drawn into the Second World War, victory gardens began to reemerge. Once again, commercial crops were diverted to the military overseas while transportation was redirected towards moving troops and munitions instead of food. With the introduction of food rationing in the United States in the spring of 1942, Americans had an even greater incentive to grow their own fruits and vegetables in whichever locations they could find: small flower boxes, apartment rooftops, backyards or deserted lots of any size. Amid protests from the Department of Agriculture, Eleanor Roosevelt even planted a victory garden on the White House lawn.

Some of the most popular produce grown included beans, beets, cabbage, carrots, kale, kohlrabi, lettuce, peas, tomatoes, turnips, squash and Swiss chard. Through the distribution of several million government-sponsored pamphlets, fledgling farmers were advised to maximize their garden’s productivity by practicing succession planting, and were encouraged to record the germination rates of seeds, along with any diseases or insects they may have encountered, in order to minimize waste and improve their garden’s output the following year.

Throughout both world wars, the Victory Garden campaign served as a successful means of boosting morale, expressing patriotism, safeguarding against food shortages on the home front, and easing the burden on the commercial farmers working arduously to feed troops and civilians overseas. In 1942, roughly 15 million families planted victory gardens; by 1944, an estimated 20 million victory gardens produced roughly 8 million tons of food—which was the equivalent of more than 40 percent of all the fresh fruits and vegetables consumed in the United States. Although the government’s promotion of victory gardens ended with the war, a renaissance movement has sprouted up in recent years in support of self-sufficiency and eating seasonally to improve health through local, organic farming and sustainable agriculture."

The spring after the 2008 recession was another year when many people grew their own vegetables.  Bobby and I planted a vegetable garden so we thought we would bring back that "classic" Grow with KARE!  Enjoy!  Good luck with your vegetable gardens this spring and summer.