Sarah Goodwin of Limington was arrested for cooking meth. She went to jail and lost custody of her two young boys. That was her rock bottom. 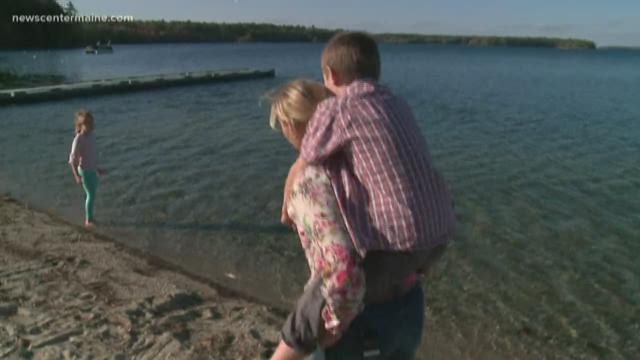 MAINE, USA — Sarah Goodwin has struggled with addiction since she was a teenager.

"I always felt unsettled, never felt comfortable in my own skin."

In order to deal with pain issues and trauma, she experienced as a child Sarah said she self-medicated with opioids.

Adding to her pain, Sarah's father died of cancer when she was 19. "It was a difficult time," Sarah says.

Sarah says at the urging of her boyfriend, she took her father's leftover cancer medication.

"I was able to self medicate for three years off of what my father had."

In 2004, Sarah got pregnant with her first son, Tyler. And with the help of her doctor, she got clean.

"I stayed clean for 12 years." During that time Sarah had her youngest son, Hayden. The boy's father also struggled with a drug problem which eventually led her to leave, and take her boys to live in a Domestic Violence shelter in Augusta for six months.

In 2015 she moved to Limington and that's where Sarah says trouble started again.

"We were there a year before I had a car accident, and didn't have a vehicle, so some of the neighbors befriended me and helped me and I just kind of fell into the wrong crowd."

Sarah started taking drugs again. She was not only using methamphetamine, she starting cooking them at home.

Sarah says she knew she was being watched by police.

"I knew I was pressing my luck. I was buying my own medication to go make meth. There is only so many times you can use your ID to buy it, it goes into a database. I knew people around me had been busted. I could not stop. I just couldn't stop."

On August 7, 2018, police showed up at Sarah's home, where they found her, her two boys and evidence of methamphetamine manufacturing.

"It's an adrenaline rush. 100% you know you're doing something bad. It was exciting,  kind of. It was dangerous."

Sarah was arrested and went to jail. Her sons landed in state custody.

"I knew my whole life was crashing."

A few months after Sarah was arrested, NEWS CENTER Maine was contacted by her son's grandmother, Laura Jones, who lives in Florida. Jone's contacted the Maine Department of Health and Human Services to be her grandson's guardian. Jones knew her own son had a drug problem as well and couldn't care for the boys.

RELATED: A grandmother's fight for her two grandsons in custody of Maine DHHS 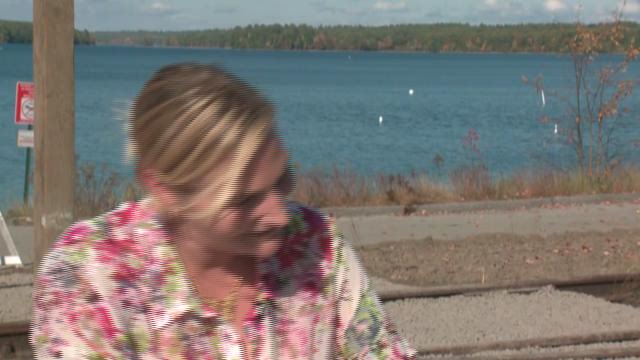 NEWS CENTER Maine started making inquiries. We called DHHS and talked to Representative Deb Sanderson, a member of the Health and Human Services Committee. After not hearing from DHHS for weeks, Jones got an unexpected call. DHHS said she would be granted custody of her grandsons.

At the time Sarah Goodwin was out on bail and had made arrangements to enter a long-term, in-patient rehabilitation program. She said her boys meant everything to her and she was going to work hard and do what she needed to do to get them back.

Sarah said people who are sober can't understand that.

"I was just so embarrassed about what I was doing, I was so ashamed. I am still very ashamed."

"He was embarrassed, hurt and angry."

Sarah says she was living in a dark world, the sickest she's ever been and knew her only chance to get sober and get her boys back was for a judge to send her away to rehab.

"When you sit alone in jail and you're taken away from them you have many regrets."

Last December Sarah went to the Layman Recovery Center in Alfred which is on the grounds of the York County Jail.

"It wasn't until this year I had to sit with myself that was probably the hardest thing I ever had to do was to like my own company."

Sarah was at the center for five months.

"There was a lot of work, a lot of digging up old things and traumas."

While undergoing treatment Sarah got to see Tyler and Hayden three times a week.  Those supervised visits were both difficult and cathartic.

"You have to lose everything. Everyone's rock bottom was different, mine was when I lost the kids".

Sarah's situation is not unusual in Maine. Every year, children are taken from homes because their parents are battling addiction.

One encouraging note, however, In the last three years more than half of those children were reunified with their parents.

Sarah Goodwin is one of them.

In April Sarah graduated from her recovery program and has regained full custody of her boys.

"I just hope they know how much I love them and how much this will continue to keep me sober."

Sarah has been sober now for a year, working full time and is spending as much time as she can with her sons.

Sarah says she and the kids still have a lot of healing to do, but they're their looking forward to the future and the start of a new beginning.

Sarah is also embracing her new life. She attends meetings regularly and has also run group meetings at the Layman Recovery Center. She hopes to become a recovery coach one day.

She also has a message for anyone who is struggling with addiction.

"If you want the help it's out there. You just have to have the will and the drive. There is hope."

If you or anyone you know has a substance use disorder call 211 for help. They can provide information and referrals to a number of substance use prevention programs from outpatient treatment facilities to hospitalization options.