Before the falls was utilized as a massive power source for flour and saw mills, it had deep spiritual significance for the Dakota Indians. 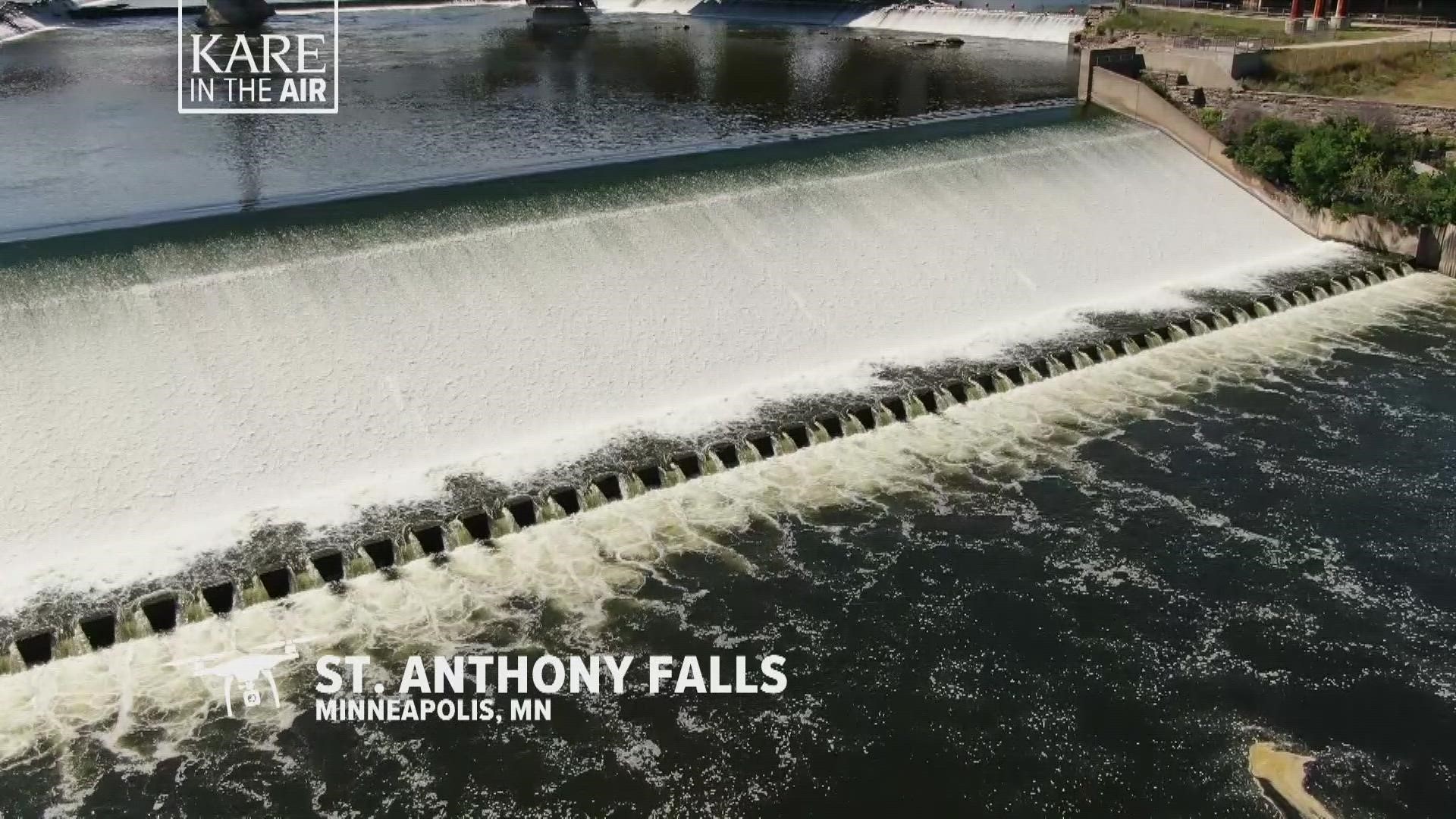 MINNEAPOLIS — Our KARE in the Air summer series takes us over what some call the only "true" waterfall on the Mighty Mississippi.

Before St. Anthony Falls was a massive power source for flour and saw mills, it had deep spiritual significance for the Dakota Indians, according to the Minnesota Historical Society.

The Dakota had many different names for the falls, including HaHa Tanka, which translates to "big waterfall."

Historians say it's hard to guess just how many legends, traditions and ceremonies stemmed from St. Anthony Falls for Minnesota's Native Americans.

The St. Anthony Falls Heritage Board says it was at the falls, where waterpower, river transportation and railroads came together, that the industrial boom of the mid-1800s began in the upper Midwest. The energy of the Mississippi and a 50-foot drop in river level was harnessed by using a system of millraces, waterwheels, gears and rotation shafts.

As saw mills and flour mills opened, people flocked to the area to settle, work, and build the city of Minneapolis which quickly became known as the flour-milling capital of the United States.