The two don't seem to go together, but the Minnesota Municipal Beverage Association and the Proof Alliance have teamed up for a good reason. 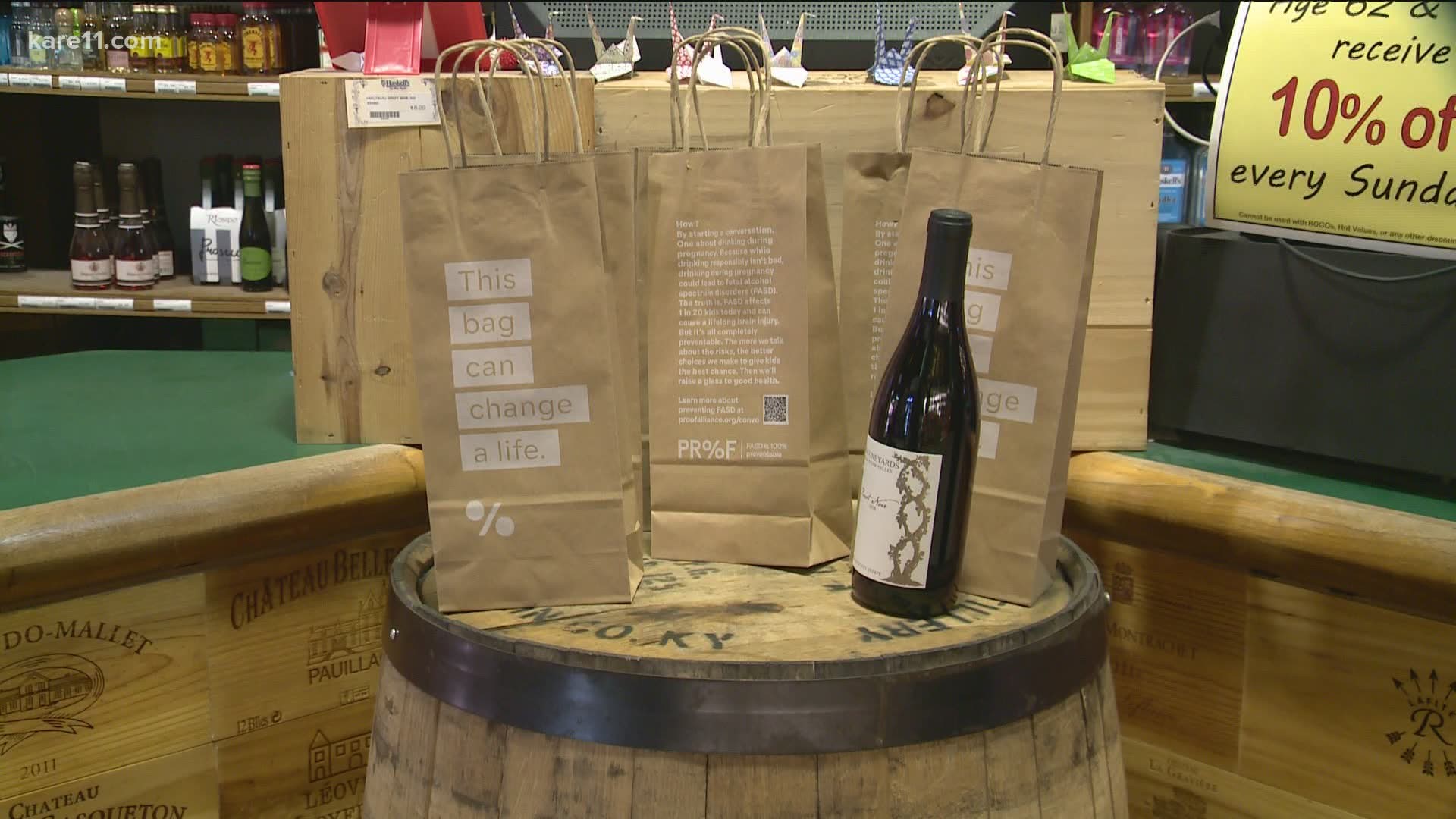 Thursday is national drink wine day, and that has generated an unlikely paring. Minnesota Liquor stores are teaming up with the organization that fights fetal alcohol spectrum disorders.

“Drinking among women has increased during the pandemic by 41%,” says Sara Messelt, Executive Director of the Proof Alliance.

Many of us have been making more frequent trips to the liquor store in the last year. And the next time you pick up that bottle of wine, you may notice something different.

“Our goal with this campaign is to really start a conversation about drinking during pregnancy,” says Messelt.

Proof Alliance has teamed up with the Minnesota Municipal Beverage Association and Haskell’s. They are distributing bags at some 50 liquor stores across the state, each with a message and facts, like as many as one in 20 kids have a fetal alcohol spectrum disorder.

“It can cause things like congenital heart defects, and learning disabilities, and growth issues. And the thing we're probably most concerned about it, that it can affect the central nervous system and brain development,” she says.

All of those things are permanent but preventable. Proof Alliance says there is no safe amount, no safe kind, and no safe time to drink during pregnancy. And that's why liquor stores are on board.

“Part of our job, part of our mission, is to control the sale of alcohol which means alcohol really shouldn't be everywhere and you should have responsible use for it,” says Paul Kaspszak with the Minnesota Municipal Beverage Association.

MMBA says it has member stores all over the state that want to help deliver the message. Twenty-five thousand bags that will hopefully get people to think before they drink.

"What could be a better place to start that conversation then at a point of purchase?” says Messelt.

The bags were designed locally by Colle McVoy. They also feature a QR code that can take you to more information and places to go if you need help.