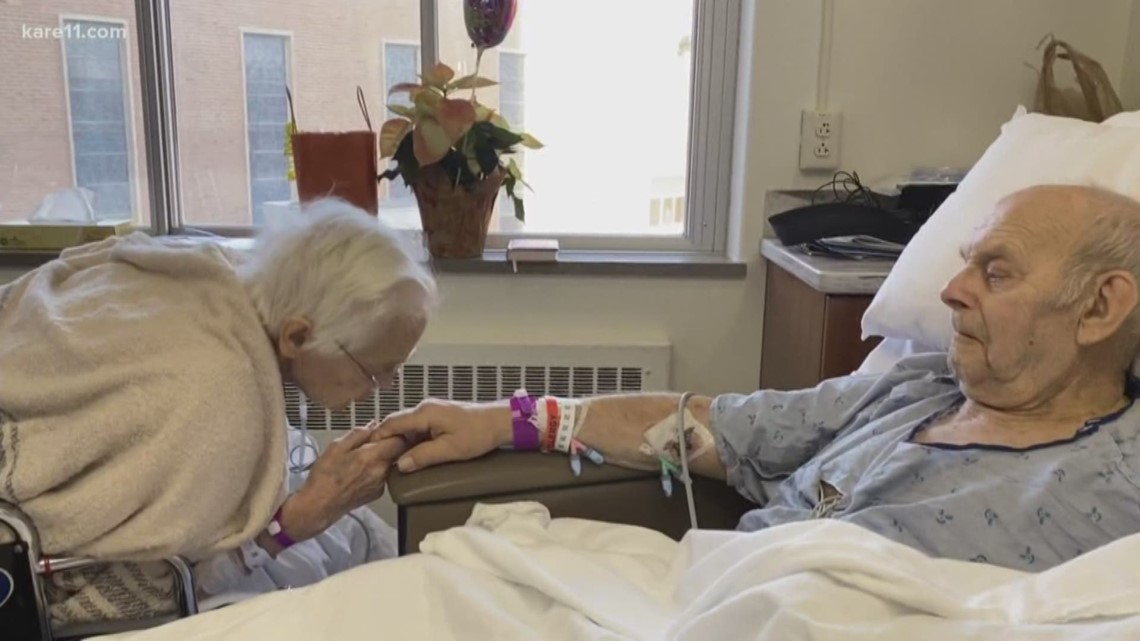 ST PETER, Minn. — Married as teens, Bob and Corinne Johnson lived 68 years together.  On Tuesday they’ll be laid to rest together – after dying 33 hours apart.

“They went on their terms,” Brent Johnson, Bob and Corinne’s youngest son, says.

Both Bob and Corinne grew up within three miles of the Nicollet County dairy farm on which they raised their seven children.

Until six months ago, the couple still lived independently in the small farm home.

Bob's decline started first - from cancer - but Corrine joined him in the hospital with congestive heart failure.

Days before she passed, Corinne kissed her husband and whispered, “I love you.”

“When mom passed, they pulled the curtain between the two beds, he just stared at the curtain,” Beth Kinkeade, the Johnson's daughter, says.

Tears welled in Bob’s eyes when he was told his wife had died.

Bob and Corinne’s son, Bruce Johnson, is a cancer doctor. “I sort of thought he looked like he could go for weeks,” Bruce says. “As soon as mom died he went downhill and died in a day. It's hard to imagine it's a coincidence.”

The Johnson children say their father was legendary for going last – a gentleman who let others pass first through doors and grab their plates ahead of him at the buffet.

He put Corinne first too.

“So it was only fitting that in the end he waited for mother to go first and then he passed away,” Brent Johnson says.

Lora Dennis, the couple’s youngest daughter, says the siblings had fretted about how one parent would go on without the other. “Their plan was to not have us worry about that,” she says.

So, as the Johnson siblings grieve the loss of two parents, they also find solace.

“I think we all know that they're in a better place,” Lora says.