Meet Gabby Gingras, the girl who feels no pain

Gabby Gingras has a disease so rare she's the only person her parents and doctors can find in the U.S. suffering from it. 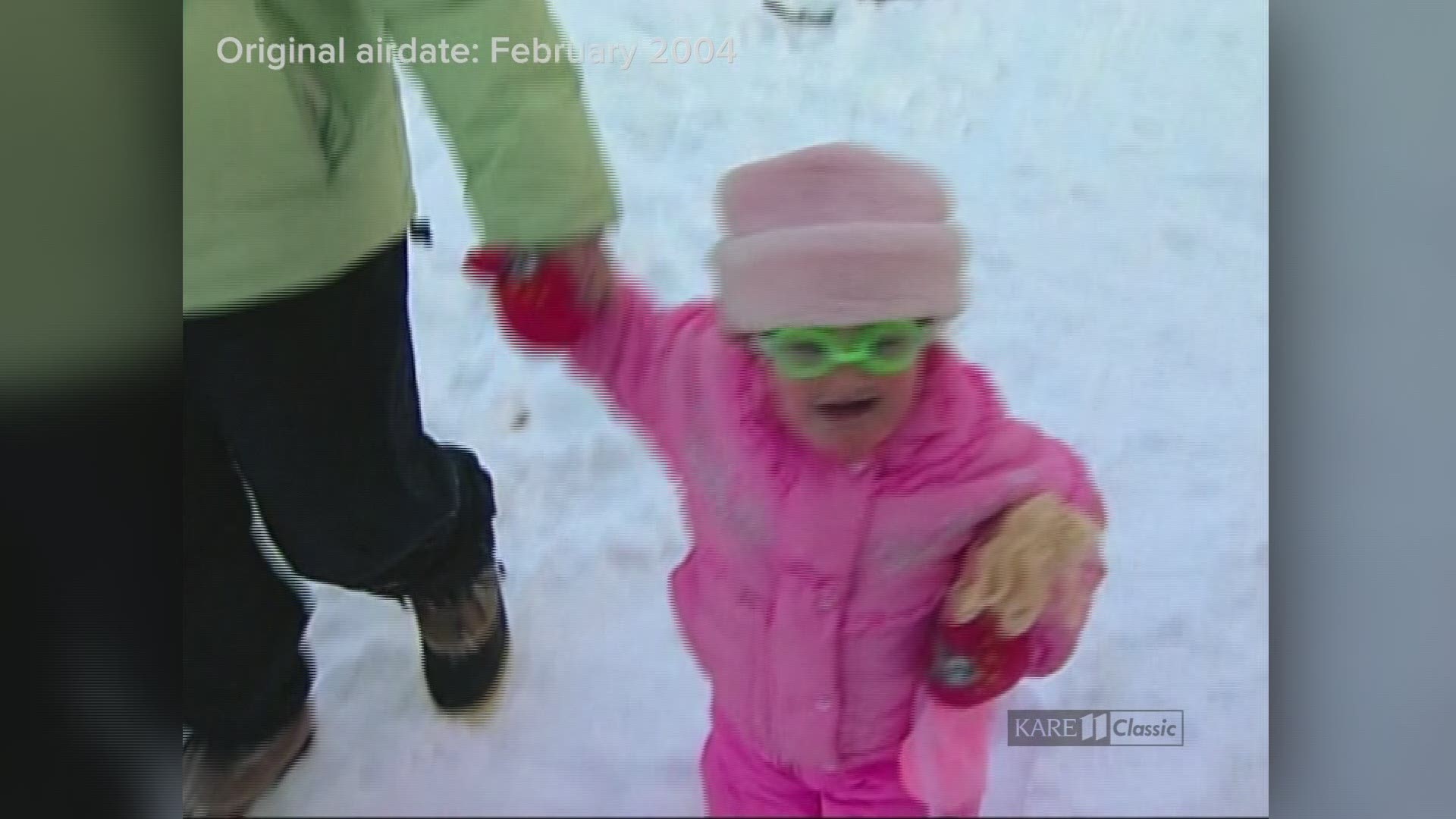 BIG LAKE, Minn. -- Gabby Gingras has a disease so rare she's the only person her parents and doctors can find in the U.S. suffering from it. Like any other three-year-old, Gabby takes her share of slips and falls. Her reaction to each is predictable - at least for her family.

No matter how hard Gabby hits the ground, she will not shed a single tear. Hard as it is to fathom Gabby Gingras feels no pain. There is no cure, nor will she outgrow it.

"She fell down the stairs the other day in the garage," her dad says. "She just picked herself up and started climbing up the stairs again like nothing had happened."

"She never cried," her mother adds.

Gabby was born with a genetic defect called Hereditary Sensory and Autonomic Neuropathy Type-5. It is so rare her doctors don't know of another person with it in this country. Research done for her parents turned up a dozen known cases in the world.

It was the last thing Trish and Steve Gingras expected when Gabby became a little sister to their daughter Katie three years ago. "Oh, she was the sweetest little baby," Trish says.

But something didn't seem right when their little baby kept scratching her face. Things got worse when Gabby started teething. "She (was) severely gnawing on her hands when the teeth come through even a little bit - biting, biting, biting, so they looked like raw hamburger," Trish says.

They were the first puzzling symptoms of Gabby's disorder later diagnosed by neurologist Stephen Smith of Gillette Children's Specialty Healthcare.

"Little tiny nerve fibers, the smallest of the nerve fibers, that are supposed to record pain, send that signal to the brain, so you can interpret what it is. Those fibers are not working," Smith says.

So often we think of pain in a negative way. But it is pain, that protects us. Because Gabby feels no pain, she no longer has any teeth. "Didn't hurt her at all getting a tooth ripped out," Steve Gingras says.

The teeth she didn't break off while biting toys were removed by an oral surgeon after Gabby chewed up her mouth and tongue so badly she had to be hospitalized.

"Pain is the protective mechanism, and she doesn't have that," Dr. Smith says. Gabby didn't have pain to save her eyes either. She scratched them so severely, that at one point doctors sewed them shut to keep her fingers out.

But, the damage was already done. Last week Gabby's family was at Fairview University Medical Center to discuss the removal of her left eye, now swollen and blind from glaucoma brought on by the scratching. The vision in Gabby's scratched right eye, her good eye, has been measured at 20-300.

"There are days where you look at (baby) pictures and you see those bright eyes and you wish you knew then what you know now. We wish we'd have thought of the idea a little bit sooner for the goggles," Trish says.

The swim goggles she wears around the clock were her dad's idea. They provide a layer of protection that is quite possibly the only reason Gabby can see her beloved princesses - her dolls and the characters in movies - at all anymore.

"She is awesome about wearing them. They're just part of her," Trish says.The goggles are part of Gabby's wardrobe wherever she goes, including pre-school in Monticello where Gabby has been assigned a paraprofessional who makes sure she doesn't get hurt.

Caution seems justified. Gabby broke her jaw a year ago and no one knew it for more than a month.

Last fall, she snuck out of bed, stood in front of a hot steam humidifier and suffered second-degree burns. "She never felt the pain of the burn," Trish says.

But if Gabby was cursed by genetics, she was blessed with some wonderful tools for coping.

"She's got attitude and I think that will serve her well," Trish says. "She needs a little bit of attitude."

Gabby's attitude and spirit win over everyone she meets. Earlier this month she was crowned Princess for a Day at a royalty brunch in Becker.

Gabby's parents have no idea what's ahead for their daughter, but they are determined that the girl who can't feel pain will know what it feels like to be happy.