"Instead of being fearful of people with mental illness - don't go away from them, go towards them. Show love, show care, show compassion," said Sam Miltich. 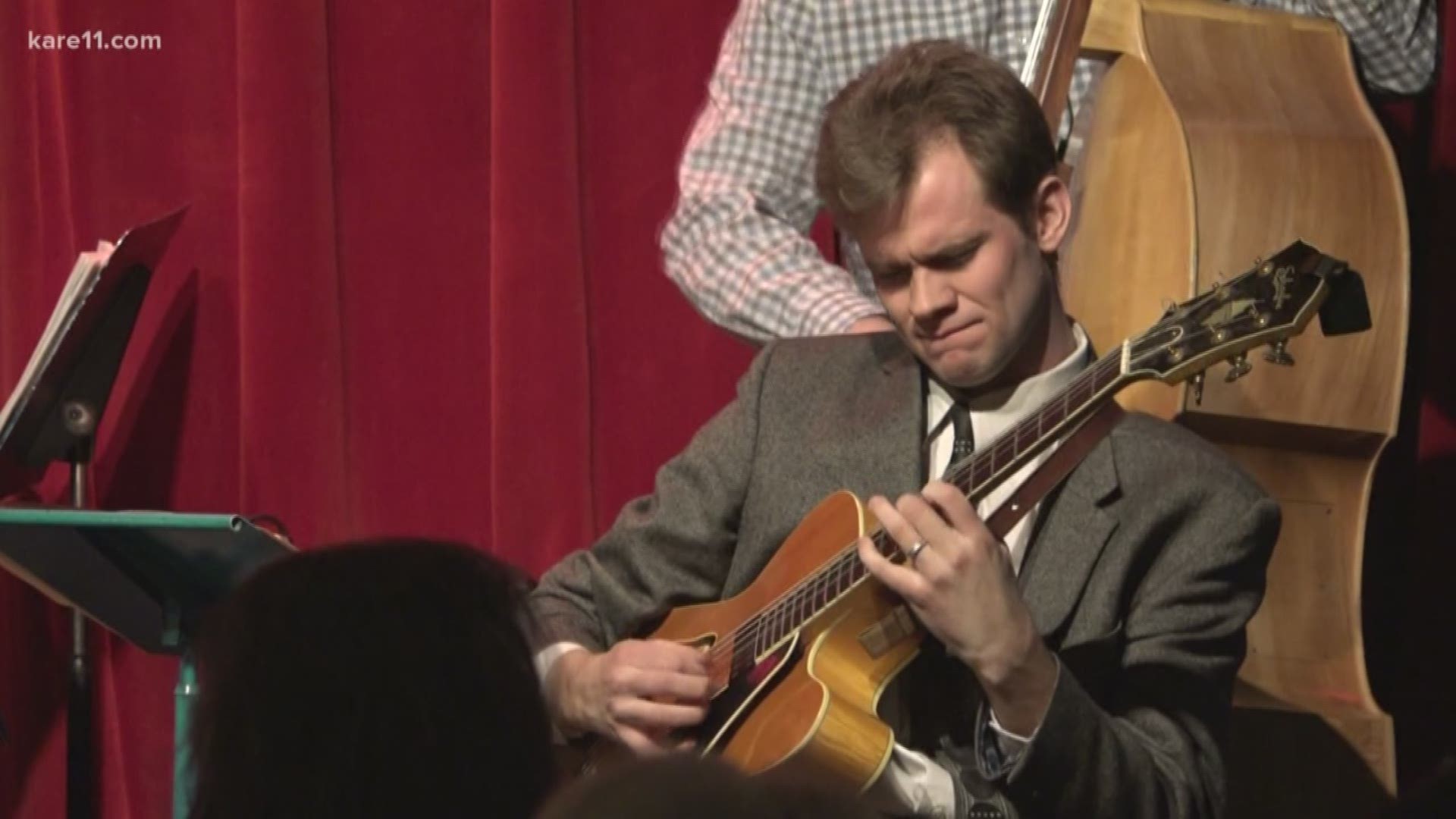 ST. PAUL, Minn. - Every Saturday at the Black Dog Café in St. Paul live jazz music fills the air. On this night it's all music composed by Sam Miltich - a musician from Grand Rapids, Minnesota.

“From a young age it was really clear that I wanted to play jazz,” Miltich says.

That love of jazz, a strong, steady force in his life even amidst deep struggle within.

At the age of 22, over ten years ago, he suffered a severe psychotic break.

Sam says he also become paranoid that people could see his thoughts, and was hearing voices that he describes as condemning and hurtful.

“I don't know how to describe it other than, those voices sounded as real as you and I talking,” he says.

Living in the Twin Cities at the time, Miltich moved back to live with his family in Grand Rapids and has learned to embrace and live with the diagnosis. He sees a therapist every week, takes anti-psychotic medication and has taken a very active approach to his recovery.

Still, the challenges are there. What he says has been the most important key to recovery? Music. The thing that's resonated deeply since he was a child. “I don't have symptoms when I'm playing music. I don't have enough room in my head for it,” says Miltich. “Jazz, to me, is a very sort of meditative-type music. It's moving, it's shape shifting. Mental illness and symptoms are really a moving target and the more sort of fluid you can be in your life, the better you'll be able to cope with those symptoms. You have to learn how to roll with things.”

As he travels from city to city, his journey with schizophrenia isn’t something he's afraid to share. He has this message that he wants others to know about people living with mental illness:

“If someone is exhibiting strange behavior, it's not a matter of a character flaw or some kind of moral failing. It might be as a result of a symptom from a mental illness and, instead of being fearful of people with mental illness, don't go away from them, go towards them. Show love, show care, show compassion,” Miltich says. “You can be diagnosed with something as serious as schizophrenia and still have a wonderful life. Because I am.”

More about Sam Miltich and his music

Sam Miltich is a self-taught jazz guitarist from northern Minnesota. Miltich has traveled, not only across Minnesota, but across the globe to perform. Miltich leads the way with his own band, the Clearwater Hot Club, and also performs often with a number of Minneapolis-based artists.

“Jazz was always a part of my growing up,” Miltich says. “It’s just something in my bones and in the chemistry of my mind and body that I hear certain things and I feel a certain way and I want to create those things as well and hopefully other people will feel something.”

The stages Miltich has performed on include Lincoln Center in New York City, Garrison Keillor’s “A Prairie Home Companion”, and weekly performances at the VFW in Grand Rapids, Minnesota.