Minnesotans mark signing of Americans with Disabilities Act, 30 years ago this week

Thirty years ago this week, the Americans with Disabilities Act was signed into law by president George H.W. Bush. 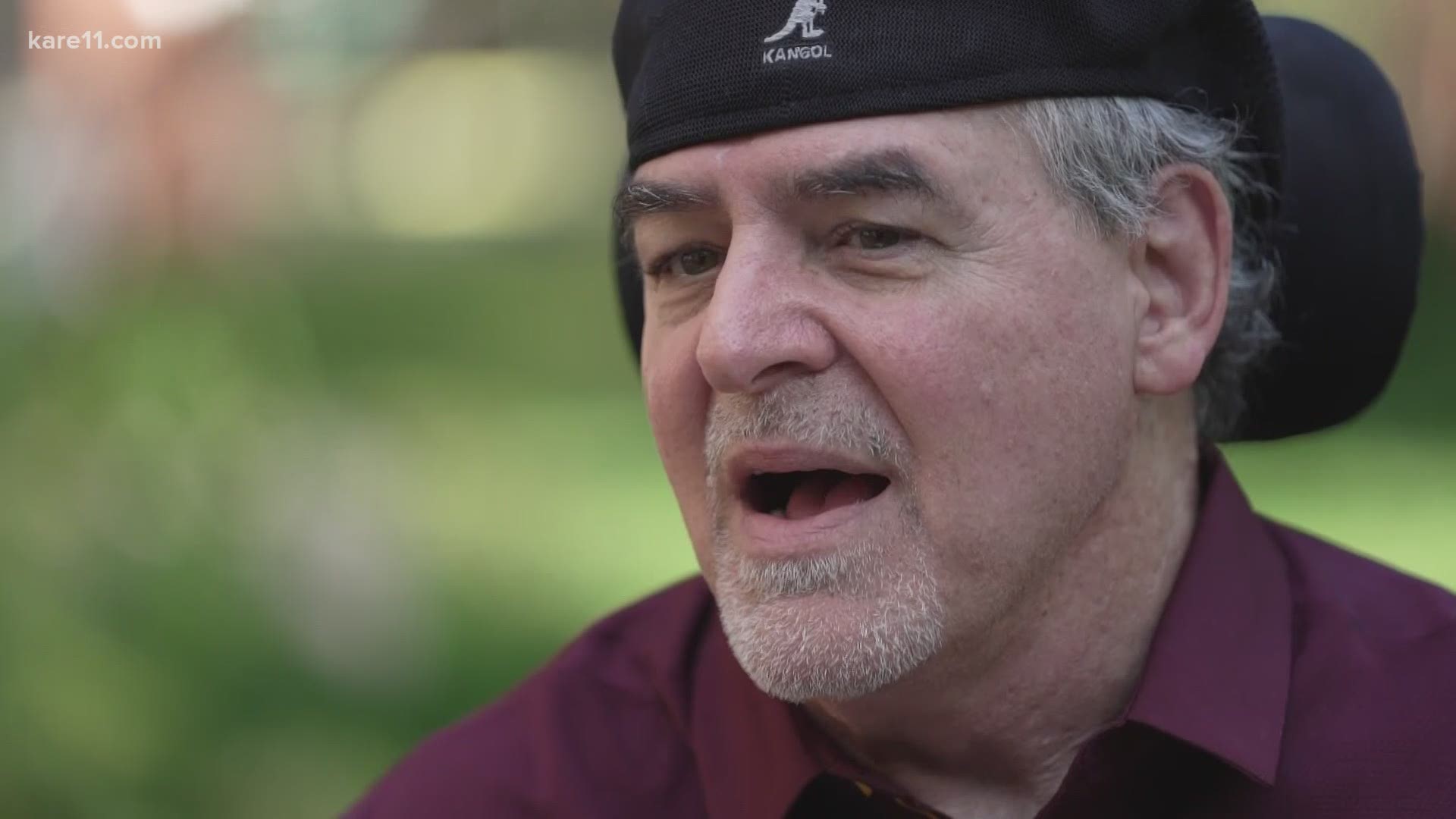 Riding on the shoulders of those who came before him, Bob Wagner can’t imagine how things used to be.

“I don’t want to,” Wagner said from his motorized wheelchair.

Thirty years ago this week, the Americans with Disabilities Act was signed into law by president George H.W. Bush.

The impacts are everywhere.

The cut curbs Wagner crosses on the way to his downtown St. Paul apartment, the ramp he uses to bypass the steps, and the door that lets him inside with the press of a button, all exist because of the ADA.

Durenberger says the bill changed attitudes as much as it improved access.

“People didn’t think that way,” Durenberger said. “They accepted that people had disabilities, they were born with them or they happened because of an accident and that’s just sort of like the way it was."

Rick Cardines, who’s used a wheelchair since he was injured in a car accident in his late teens, called the ADA “a whole new mindset.”

He points to city buses that now kneel and extend ramps.  Few existed 30 years ago. The ADA mandated their use.

“It allowed the ability to go and look for a job, to go to university - and I did both of those things. Hopping on the bus, it just opened doors.”

Few would argue today against opening doors. The bigger question 30 years later is what took so long?

“If you can’t get into a restaurant or a ballpark, you don’t have the pursuit of happiness,” Wagner said. “You don’t have liberty any longer.”