If you don't look up from your walk, you just might miss it. 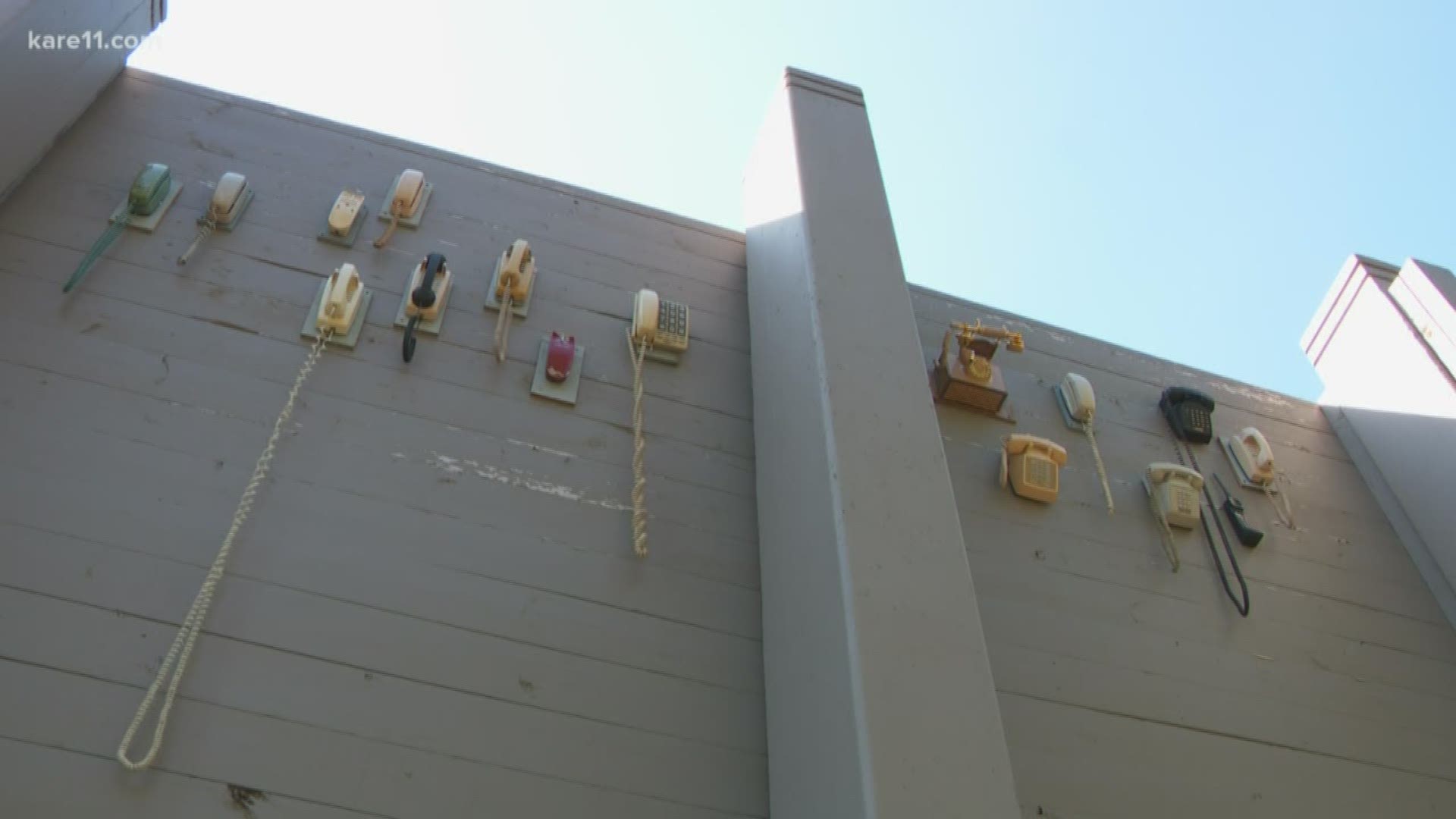 ST. LOUIS PARK, Minn. — Ever see something so weird, it gave you pause? For one St. Louis Park artist, that's his goal with one project he has going.

Look up from a trail that makes its way through St. Louis Park, and you'll see telephones stuck to a wall that lines a highway.

"I see some rotary phones, which for my grandchildren, they would have no concept or the idea of what to do with that," a cyclist said.

The display is peculiar for sure, and definitely makes a boring old sound barrier odd. The family of obsolete devices is growing too.

"Well yeah! There was four up there before but now there's 19!" another cyclist said.

Someone is behind the art. And we traced the line back to 'Phone Banksy.'

"Well they built that retaining wall and I saw it as just a huge blank canvas," Phone Banksy said. He added that he couldn't let a grey wall go unadorned.

Plus his day job also leads to a lot of phones.

"I have a painting company, I paint a lot of senior housing facilities and a lot of people leave their telephones behind, hanging on the wall," he said.

With permission, he said he started collecting the phones. Then he thought, why not reuse, recycle and re-attach?

"Late at night, I go over there, get set up and put up a few phones," Phone Banksy said. "And disappear into the night."

And the reason he does all this work?

"Just to make someone laugh," he said. "All these phones would be garbage."

For that moment of whimsy, he takes his ladder, drill and bucket of phones to the wall. As long as he knows he can add a little bit of weirdness to someone's day, this smooth operator says he won't hang it up.

We kept Phone Banksy's identity hidden on purpose, and the trail location generic as well. Just in case people want to shut him down.