For the third year in a row, a couple whose identity is unknown has made a special delivery to the Big Lake Police Department. 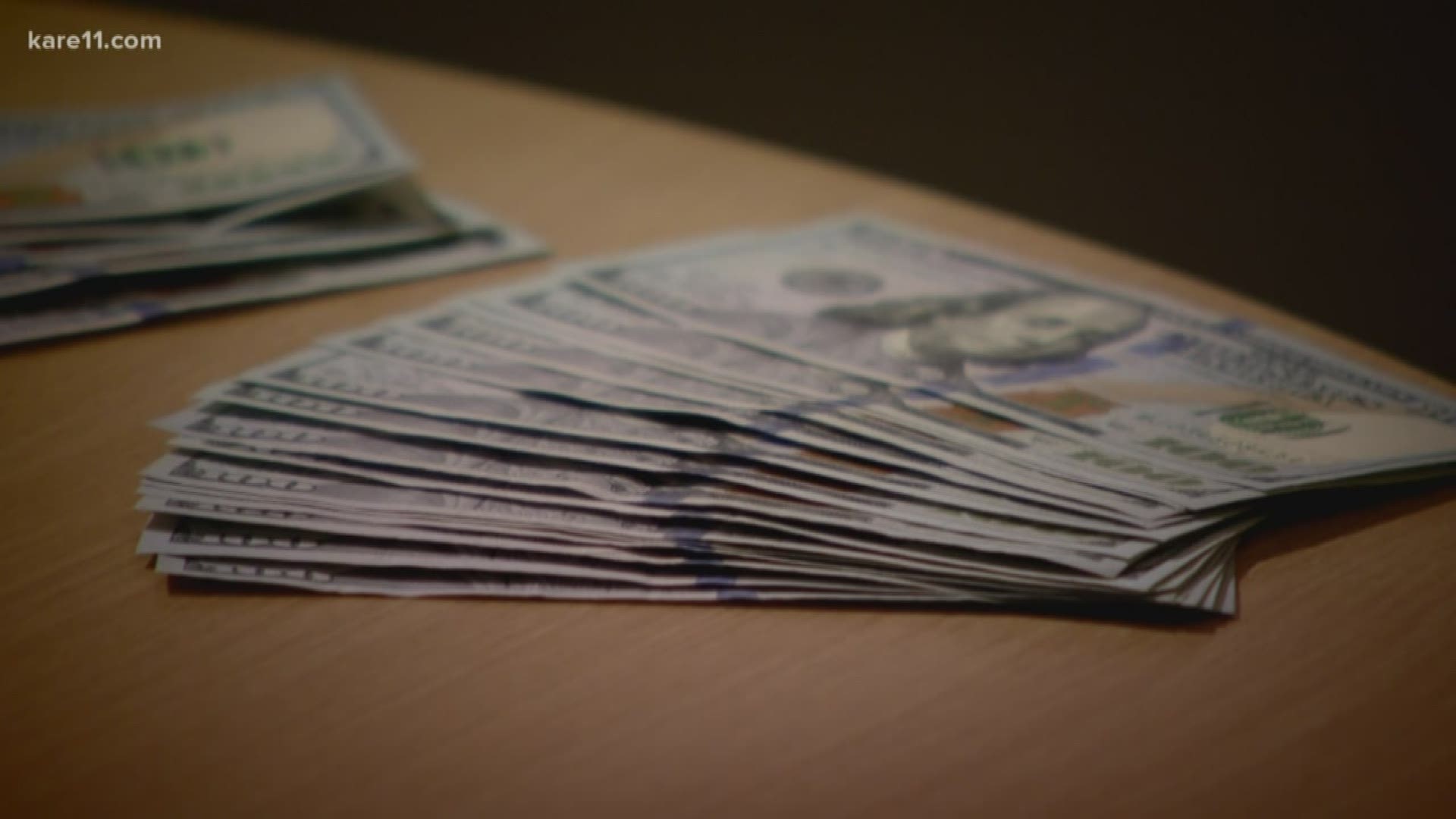 BIG LAKE, Minn. — An anonymous donation to the Big Lake Police Department has turned into a holiday tradition.

For the third year in a row, a couple whose identity is unknown has given money to the department. Officers will then give that money right back to those in the community who need it this holiday season.

"I don't think it could be a better fit because you won't find people in your community who see worse things happen during the holidays than your police officers," Big Lake Police Chief Joel Scharf said.

Last week, the couple gave Big Lake PD $2,000. Officers will start handing that money out to those in the community this week. The amount of each gift will vary but the couple's only request was that one family or person receive a gift of $500.

"A lot of people don't appreciate how much $100 means to somebody but it's huge to a lot of families this time of the year," Chief Scharf said.

"It was a very young mother that was in final stages of cancer and the kids were present," he said.

Officers gave some of the money to the family to help them through the holidays.

"After mom had passed away, dad had reached back out to me and re-donated the money, plus more, and asked us to do the same for somebody else," Chief Scharf said.

After the anonymous donation last year, the police chief said community members started coming in to the station to donate their money, as well. They ended up giving out more than $4,000 to those in need.

"It's fun to watch the way everybody here pulls together for each other," Chief Scharf said.