A study is continuing in Lake Minnetonka this year on a potential new method to control zebra mussel populations. 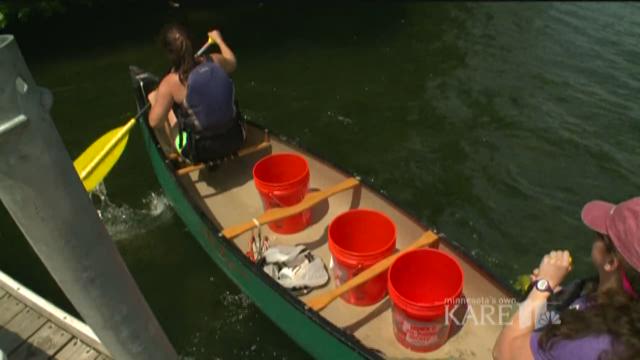 MINNETONKA, Minn. - A study is continuing in Lake Minnetonka this year on a potential new method to control zebra mussel populations.

Researchers from the Minnehaha Creek Watershed District and the Minnesota Aquatic Invasive Species Research Center are testing low doses of a copper-based product to kill off or at least slow the spread of zebra mussel larvae, known as veligers.

By targeting the youngest zebra mussels, researchers hope the overall population can be decreased.

The study is funded by a $30,500 grant from Hennepin County. The watershed district says it's the first known field test of its kind in the country.

Minnesota lists over 200 water bodies as infested with zebra mussels since 1989. They were first detected in Lake Minnetonka, the largest lake in the Twin Cities area, in 2010.