Outpouring of support for teacher dressing his class for success 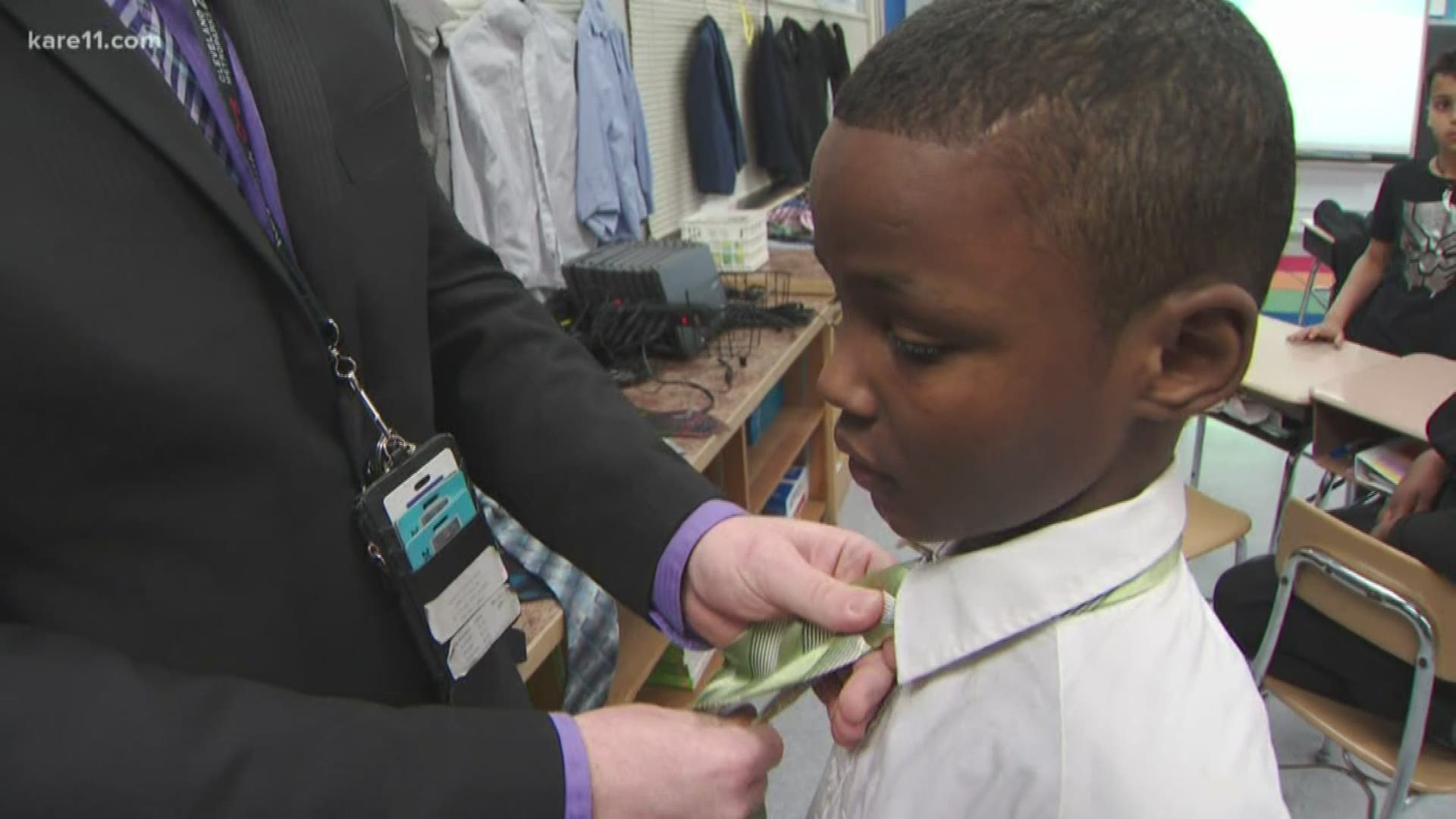 ST. CLOUD, Minn. — The St. Cloud 4th grade class dressing for success has achieved some this past week – in hearts touched.

Teacher Mike Mathiason’s 4th graders at Lincoln Elementary were featured last Wednesday in a Land of 10,000 Stories segment on KARE 11.

“I think I got 41 emails after the show aired,” Mathiason said.

The teacher created Dress of Success Tuesdays to instill pride in his students. Once a week they dress in ties, jackets and blazers.

Mathiason purchased dress shirts with his own money which he takes home to wash on Tuesday evenings.

“I want them to feel good when they walk in this room,” Mathiason said.

A retired St. Cloud police officer dropped off $100, asking Mathiason to spent it on more dress clothes for the kids.

Emails came in from as far away as Texas, Florida and California offering clothing, cash and encouragement.

Mathiason said his student have been touched by the outpouring.

“I don't think they can quite believe that people saw their story and they're like, ‘They're sending us this stuff so we can wear it in the classroom,' I think that's been the biggest thing.”

Danielle Korver of Farmington was among the people who've reached out to Mathiason.  The owner of a bow tie business says her 3rd grade son Tristan likes to dress up for school too, despite occasional teasing by schoolmates.

Korver said she showed Tristan the story about Mathiason’s class. "’Can we move,’ was exactly what he said to me,” Korver said. “He was all ready to move to St. Cloud.”

No move is planned, but Korver will be sending Mathiason bow ties for every student in his class.

With additional help, Mathiason hopes to build a dress wardrobe to outfit the students in all six 4th grade classrooms at Lincoln Elementary.

If you would like contribute, Mathiason can be reached by email at michael.mathiason@isd742.org