Choosing to become a single parent

For one St. Paul woman, being a mom was all she ever wanted, even if she never found 'Mr. Right.' 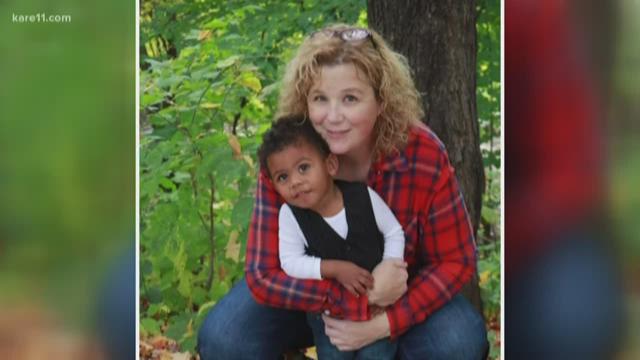 SAINT PAUL, Minn. — When it comes to kids, more and more single people are choosing to become parents. It’s one of the largest decisions a person can make. Are you emotionally prepared? Do you have the financial means? These were just a few of the things one St. Paul woman had to consider on the road to becoming a single parent by choice.

To the outside world it appeared Sherilyn Howes had it all. She had a  great career, owned her own home and had the freedom to do anything she chose. But there was a big void in her heart. Since she was a little girl her dream was always to be a mom and that was the most important thing missing in her life.

It was when she hit a milestone birthday, the kind where you take stock and think about where you want life to be, that being childless really hit hard, “I didn’t have a family, I hadn’t found Mr. Right and was kind of going down a dark path of feeling sorry for myself and trying to figure out what my life was really going to be because all I ever wanted to be was a mom.”

Sherilyn couldn’t control getting married, but she could control what she chose to do as far as being a mom. She considered if she was emotionally and financially ready. She was raised in a traditional two-parent home, with a loving, supportive Dad and thought about what that absence would mean for a child. She weighed the options of having a natural birth or adopting, “I looked at both paths and what it came down to was I could only afford one choice. I couldn’t afford to do one then the other. So, I laid it all out and I didn’t feel like I needed to have a biological connection to be a mom.”

With that, the process of becoming a single parent by choice began. Working with agencies, talking with friends that had adopted and even starting her own national search. Sherilyn wanted an open adoption, which meant the biological parent would know the child was going to be raised by a single parent. When the months continued to pass, Sherilyn thought that might be a deterrent until a match was found in Florida. “My son’s birth mom actually wanted a single mom. She’d been raised by one so that was not a deterrent to her.”

Sherilyn arrived at the hospital hours 8-hours after baby Josiah was born and when a nurse put him into her arms she began to sob. “All the love in your heart. Instantly you feel completely protective and ferocious and all of those things as you do as a mother where you just want everything for that baby.”

Josiah turns 5 this spring and Sherilyn sounds like any doting mother, mentioning how smart, sweet and athletic he is. The memories are too many to count. Motherhood has been everything she wanted it be and more, “the first time that you hear him call you mum or when they tell you they love you. It’s better than anything. He’s made my life better in every possible way.”