Tantrums, they're not just for toddlers anymore

This last year has stressed us all out, and maybe you've noticed it in your kid's behavior. Now, some tools to help you head-off a meltdown. 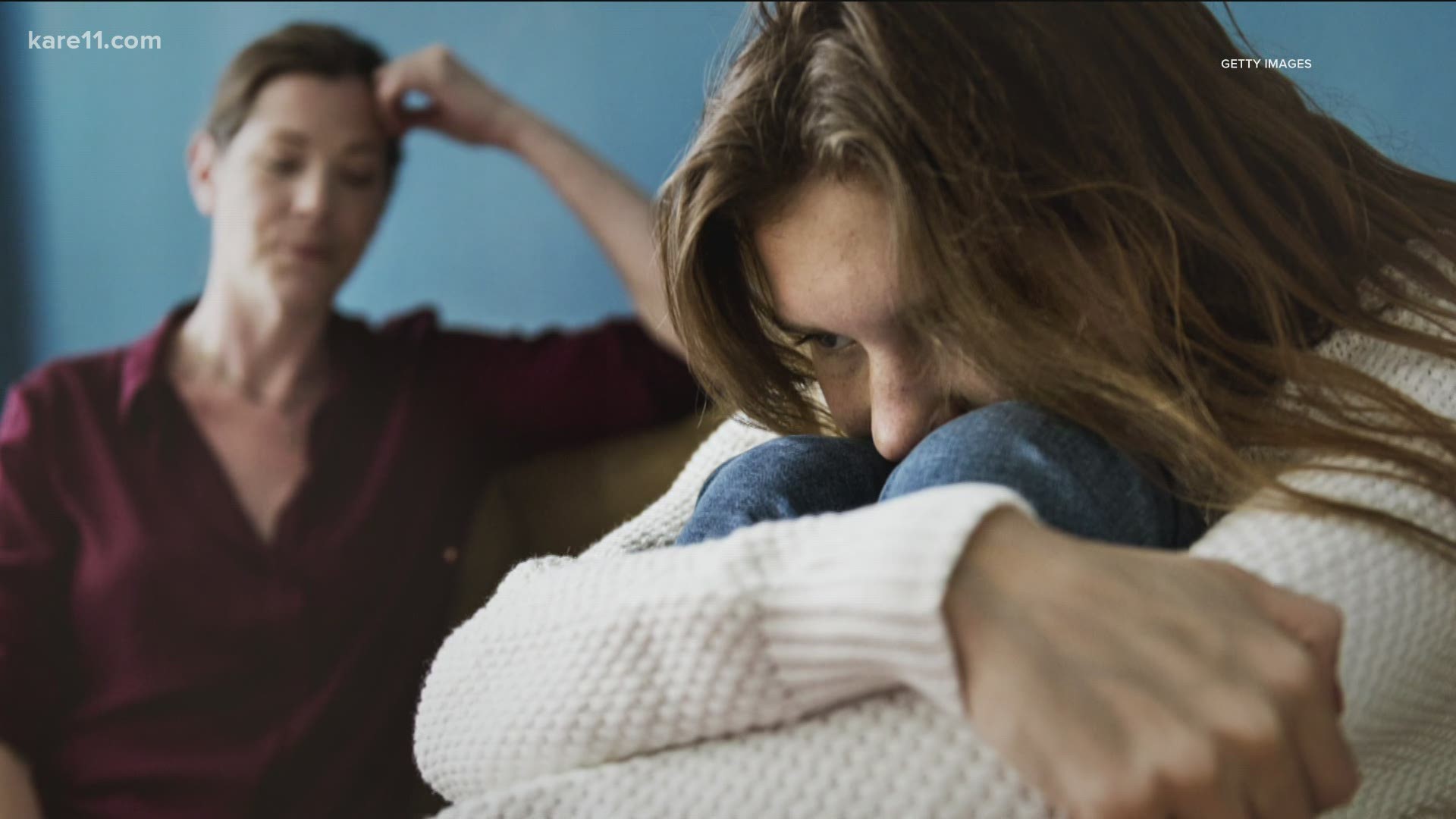 GOLDEN VALLEY, Minn. — Have you noticed your kids are a bit more irritable lately? Thrown a few more tantrums than usual? Tantrums are for sure on the rise during the pandemic. They’re stressed, we’re stressed, and they sense our emotions. But what if you could diffuse the situation with your toddler, your teen, or even your coworker?

"If the whole system is under stress, which so many systems are right now for all kinds of reasons, you're going to see that in your kid's behaviors,” says Dr. Rebecca Schrag Hershberg, psychologist, parent coach and author.

And for what it's worth, we're not just talking toddlers here. Tantrums may look different as we get older, but it’s not like we’re not all having a meltdown or two…or three.

And as adults, we can help our kids through this.

Dr. Hershberg says when you face a tantrum, meltdown, whatever you want to call it, head on, remember two words: Love and limits.

“I think the best thing to do, and this is the part that is kind of universal, is let your child know that you understand how they feel, she says.

“It's so tempting to then not validate those feelings, 'you're being ridiculous, this not a big deal, oh my gosh this isn't the end of the world.' That's not going to help. And a lot of times toddler tantrums get worse when they feel like you don't understand just how bad this is for them,” says Dr. Hershberg.

And if you feel yourself getting ramped up, it's okay to step away, collect your thoughts and calm down before you engage. But here's the deal: we're all human, right? You will yell, you will lose your patience, you will get it wrong, but you can fix it.

“It's really important to have some kind of repair after the tantrum," Dr. Hershberg says.

“Whether that's an explicit apology, or just some affection and snuggling, or just a laugh together, it doesn't have to be anything formal, but just to have that coming back together,” she adds.

“That idea of rupture and repair is key to child development research because that's where the parent-child connection really deepens.  It's not because there's not ruptures, it's because there are ruptures followed by repairs,” she says.

And here’s an extra bit of reassurance if you are not a parent who was born with the virtue of patience.

“Research shows you only have to be kind of emotionally tuned in and present for your child in that really connected sort of way, 30% of the time,” says Dr. Hershberg.

We’ve got much more on tantrums including the five red flags to watch out for when it comes to toddler tantrums, the four functions of a tantrum and the two things you may be doing that are making your kid’s tantrums worse.