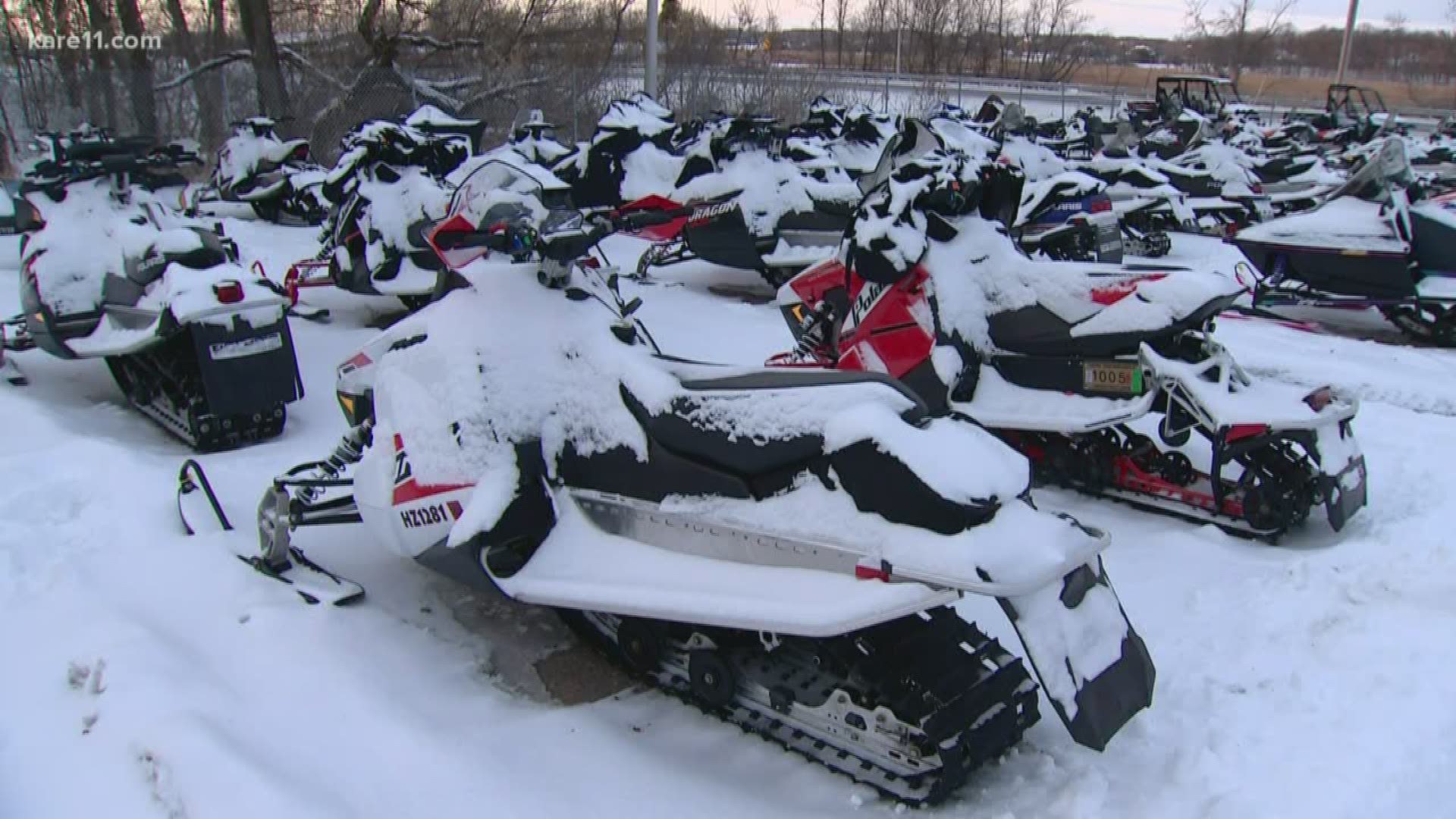 LONG LAKE, Minn. — Al Hanson has no need to wax nostalgic about winters of yore.

“I feel like I've already been in the thick of it for a month,” says Hanson with a laugh as he waxes ski after ski at Gear West in Long Lake.

Minnesota businesses are in the throes of a good old-fashioned winter and smiling all the way to the bank.

“This is the best year I think I've ever had here since we opened the store 29 years ago,” Jan Guenther, Gear West’s owner, says.

Sales of skis and warm clothing started heating up with a pre-Thanksgiving snow and haven’t slowed since.

At the edge of Kent’s parking lot, 70 snowmobiles are waiting for service.

“We're three and half weeks out and we've never been more than a week out in 10 years,” Kent says. “It's overwhelming the difference in business because of the snow.”

Sales of side-by-side utility vehicles fitted with plows were four times greater than any previous November at the Polaris dealership west of the Twin Cities.

Kent sells snow blowers too.  A week-and-a-half before the calendar says winter, he has one small single-stage model left in his inventory.

Last year Kent was still selling 2015 snow blowers he’d carried over because of poor sales linked to too little snow – or snow that came too late in the season.

“Even if it quit snowing at Christmas, we've already had a better year than last year,” Kent says.

On Monday, TRI-K sold the last used snowmobile on its lot to Neal Abernathy.

“Yeah, we're finally are having some real winters,” says Neal, who plans to use the snowmobile for ice fishing.

In Minnesota, merchants are re-discovering what they’ve always known: there’s no business like snow business.

RELATED: Heading below zero for the first time this season

RELATED: 11 things to know about the sub-zero cold