What would legalizing recreational pot look like in Minnesota? 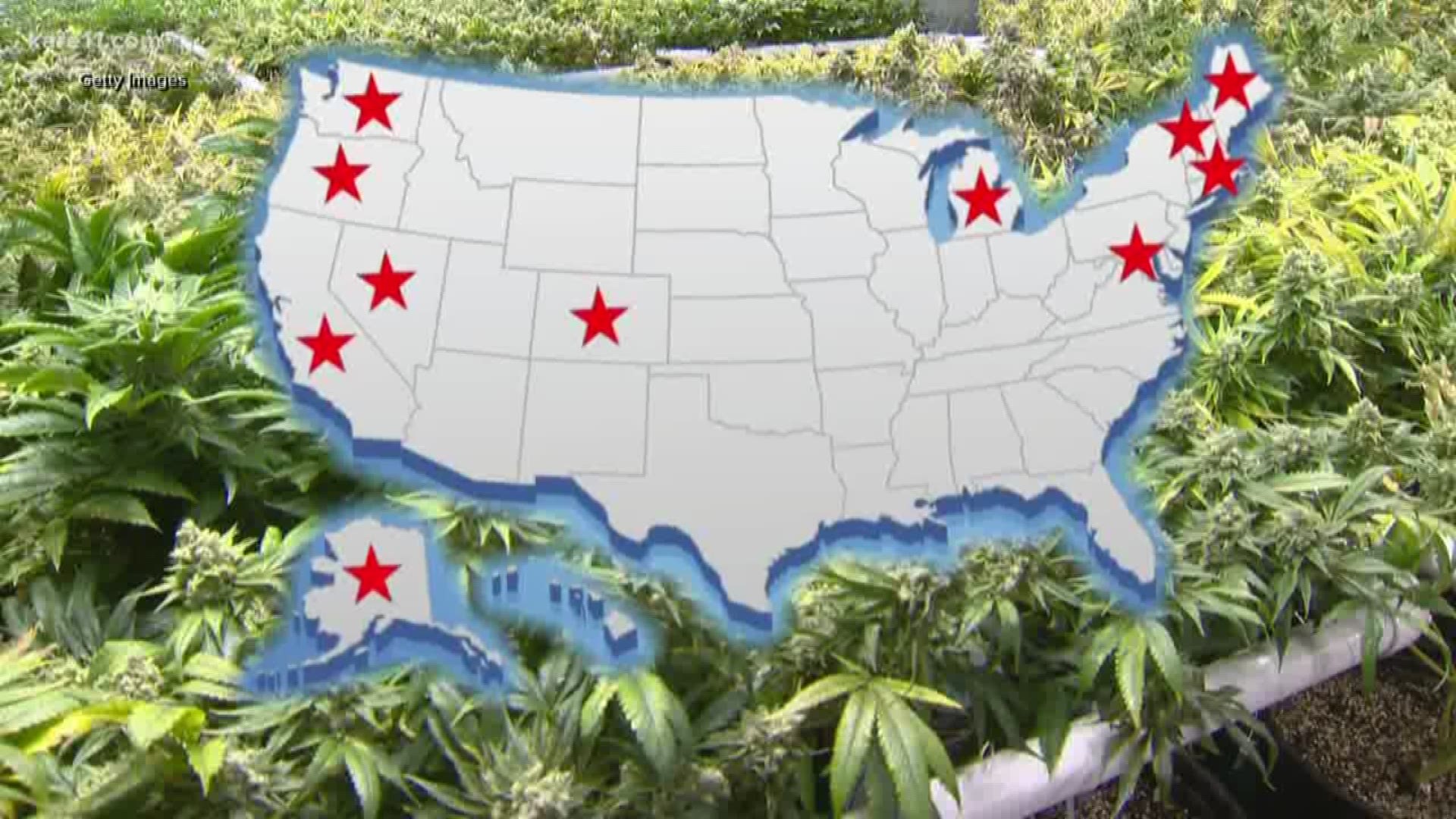 The debate over legalizing recreational marijuana in Minnesota has never been hotter, as some lawmakers believe it's no longer a matter of if, but when.

Three bills aimed at legalizing recreational marijuana have been introduced in the Minnesota state legislature so far this session.

“I feel like at a certain point it's going to happen in Minnesota, whether we are ready or not,” said State Representative Mike Freiberg, DFL-Golden Valley.

Freiberg says he has no personal interest in legalizing the drug, but with a background in public health policy, he wanted to offer certain safeguards by authoring bill HF 420.

“I sort of felt like if I were to get involved in this issue I can introduce some legislation that has some strong public health protections in places so cannabis doesn't become another big tobacco where it has essentially been marketed towards kids,” said Freiberg.

RELATED: How much tax revenue could recreational pot bring to Minnesota?

KARE 11 asked all 201 state representatives and senators if they think cannabis should be recreationally legal in Minnesota. Forty-eight lawmakers took our anonymous survey -- 18 said yes, 17 said no, and 13 replied they weren't sure yet.

Freiberg says a lot of the proposal would be subject to debate in the legislature, including taxation rates. But his biggest fear is making cannabis more accessible to kids.

If you turn to Colorado, the first state to legalize the drug for recreational use in 2012, the state’s latest biennial report on the impact of marijuana legalization shows the number of high schoolers trying marijuana in their lifetime has dropped after legalization.

The Healthy Kids Colorado Survey, which includes data from 53,800 students, shows lifetime marijuana use of high schoolers dropped from 42.4 percent in 2005 to 35.2 percent in 2017.

High school students who reported using marijuana in the past 30 days also dropped from 22.7 percent in 2005 to 19.4 percent in 2017, according to the report.

However, in Washington state, also legal since 2012, the number of high schoolers who report using the drug regularly hit the highest mark since 2002, according to a department of health report.

Another common concern regarding legalization is the impact of marijuana on the roads.

In Denver and its suburb Aurora, the number of DUIs involving marijuana doubled from 2013 to 2017, according to the state’s report. The number of deaths in crashes involving drivers who have tested positive for cannabinoids have gone up in virtually all categories over the last available four years. While testing positive for cannabinoids indicates recent marijuana use, it does not prove a driver was high at the time of the crash.