St. Paul neighborhood shines bright as a message against violence

"Everybody wants and prays for peace on Earth. I would settle for peace in St. Paul." 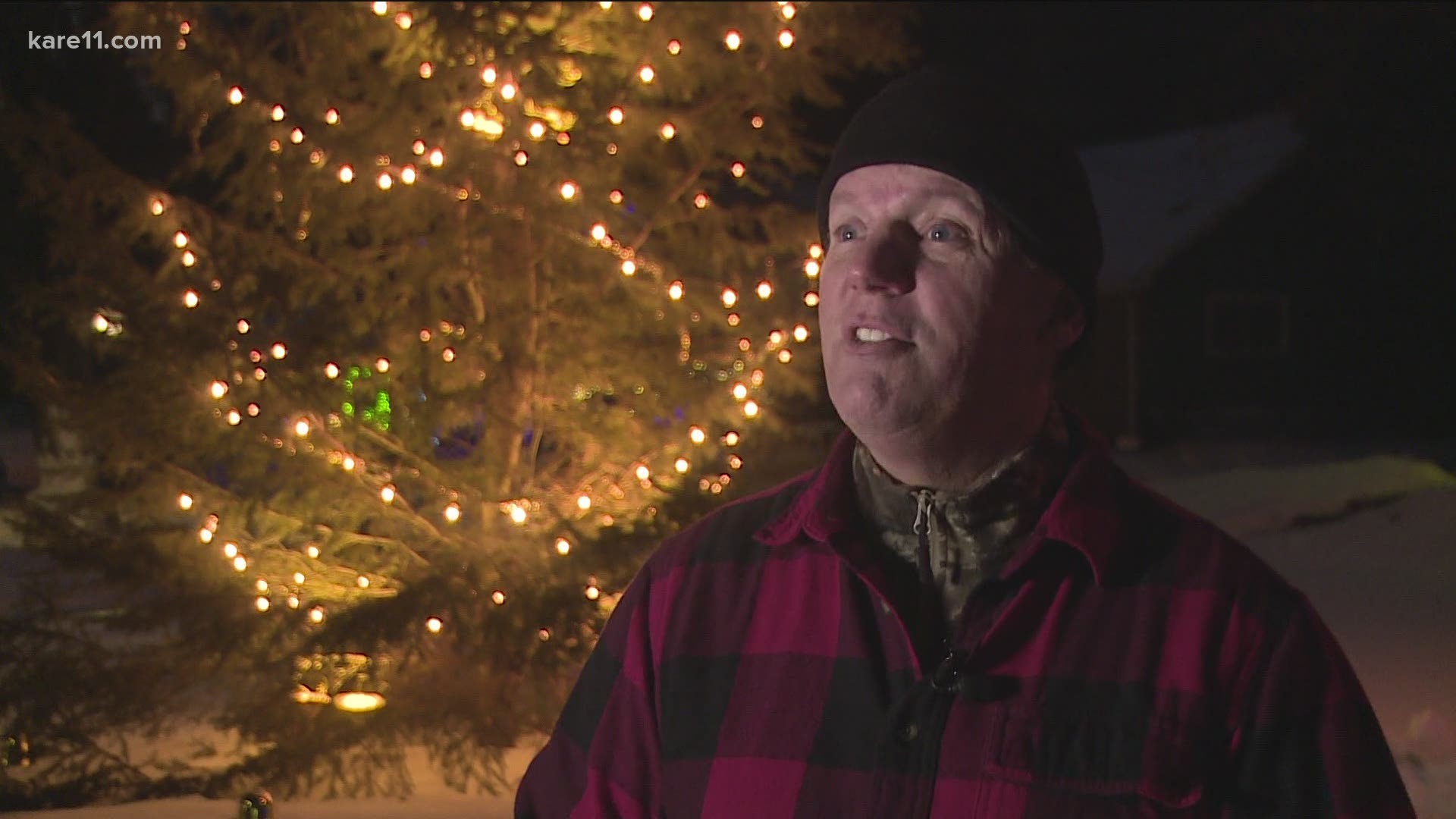 ST PAUL, Minn. — Shining bright in the front yard of a Highland Park home stands a 30-foot fern decked out in gold.

"It's a symbol but its also a beacon of hope to the city," said Paul Langenfeld, who planted the tree in his front yard. "We used the color gold because gold is a color of hope, it’s a color of light, it’s a color of warmth and friendship.”

"A peace tree as a symbol to the city that peace can overcome violence, that light can overcome darkness," said Langenfeld.

Coming off the heels of what’s been a record breaking year for crime across the city of St. Paul, Langenfeld feels the peace tree is serving as a source of hope and light amid some of the city’s darkest times in recent years.

"Everybody wants and prays for peace on Earth. I would settle for peace in St. Paul,” said Langenfeld.

This message of peace and light is now spreading along a stretch of Lexington Parkway from one home to another.

"All the neighbors are lighting a gold light to shine a light for peace in 2021,” he said.

With a trying year now behind us, it's a simple gesture this neighborhood hopes will light the path of the year ahead.

"Now it's New Years Day. Now is the time where we make a new start, a new beginning, and now is a time for hope," said Langenfeld. "Together we’re going to make this a better year than the past.”

Langenfeld and his neighbors say they plan to keep their lights up through the end of January and come this time next year they plan to do it bigger and better.

As crime reached all-time record levels, Langenfeld believes the solution lies with the people - that is to say, a grassroots peace movement among citizens to return the community to a place of safety.