The sunflower fields, located next to Allina Health Clinic in Buffalo, opened to the public on Tuesday. 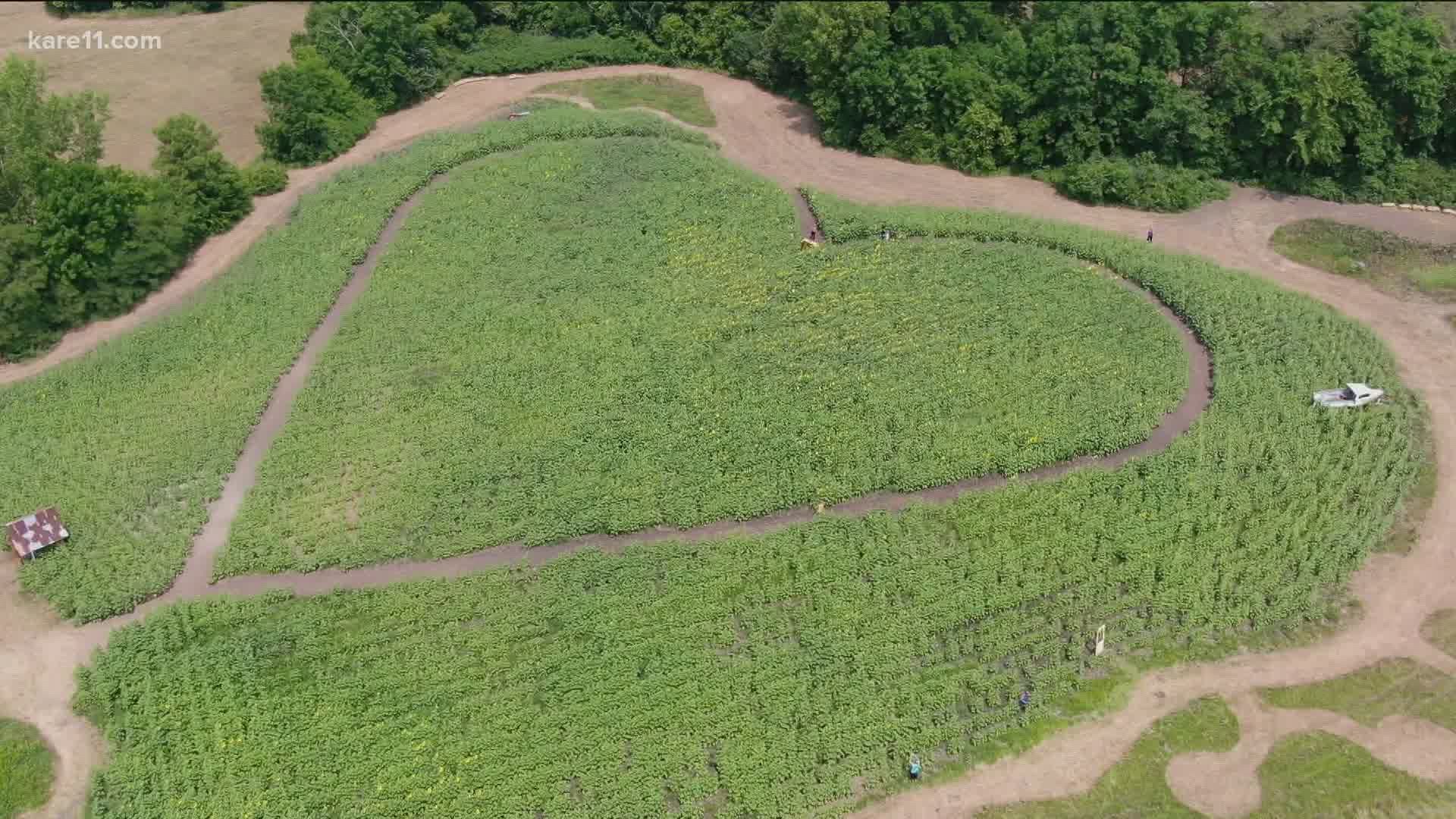 BUFFALO, Minnesota — Months and seasons have passed since the February mass shooting at Allina Health Clinic in Buffalo.

In February, a gunman opened fire at the clinic killing an employee and injuring four others.

"It's bittersweet to come back here. It's hard but it's kind of just what life has to be. You've gotta move forward," said Donnie Overbay, Lindsay Overbay's husband.

Lindsay, a medical assistant, was killed during the shooting.

After Lindsay's death, Donnie wanted to do something to honor his wife. Then Johnny Olson of Fish Sunflowers contacted him. For the past six years, Olson has been planting sunflower fields as a way to spread joy and give back.

Credit: Heidi Wigdahl
Tuesday morning, two sunflower fields opened to the public next to the clinic. Farmers donated the land.

Tuesday morning, two sunflower fields opened to the public next to the clinic. Farmers donated the land.

"I haven't been to the back fields yet cause me and the kids actually planted some special sunflowers back there for Lindsay," said Donnie. Their kids are now five and eight years old.

From above, the main field's trail is in the shape of a heart. A field full of love.

"Hopefully in the years to come it's going to be something that people can still come to and bring their families and enjoy. Maybe at that point they can reflect on what happened here and know the true purpose of this. This is for Lindsay," Donnie said.

Credit: Naiya Busse
Family identifies 37-year-old Lindsay Overbay as the medical assistant who died of wounds suffered when a man walked into a Buffalo medical clinic and opened fire.

The sunflower fields provide a space for the community as they continue to heal from this tragedy.

"It's never going to be enough to make up for what happened but if anything good were to come out of it, I think that this is it," said Emily Kern of Buffalo. Olson invited Kern to play her ukulele out in the field prior to it opening to the public.

RELATED: Husband of woman killed in Buffalo shooting speaks out

"I think accepting that you can't make it better and you can't change what happened but you can grow something beautiful out of tragedy, I think that's a perfect representation of what we have here," Kern said.

Credit: Lee Wall
The fields are now open to the public and free to visit.

The drought has affected the sunflowers. Donnie said if not this year, next year the fields will be in full bloom.

Donnie added, "For me, the sunflower just kind of represents that light in the darkness."

The fields are now open to the public and free to visit.

If you'd like to support Fish Sunflowers so they can keep giving back to the community, you can help here.