Officials expect this is going to be the most expensive natural disaster ever in the state, surpassing the $125 billion of damage from hurricane Harvey. 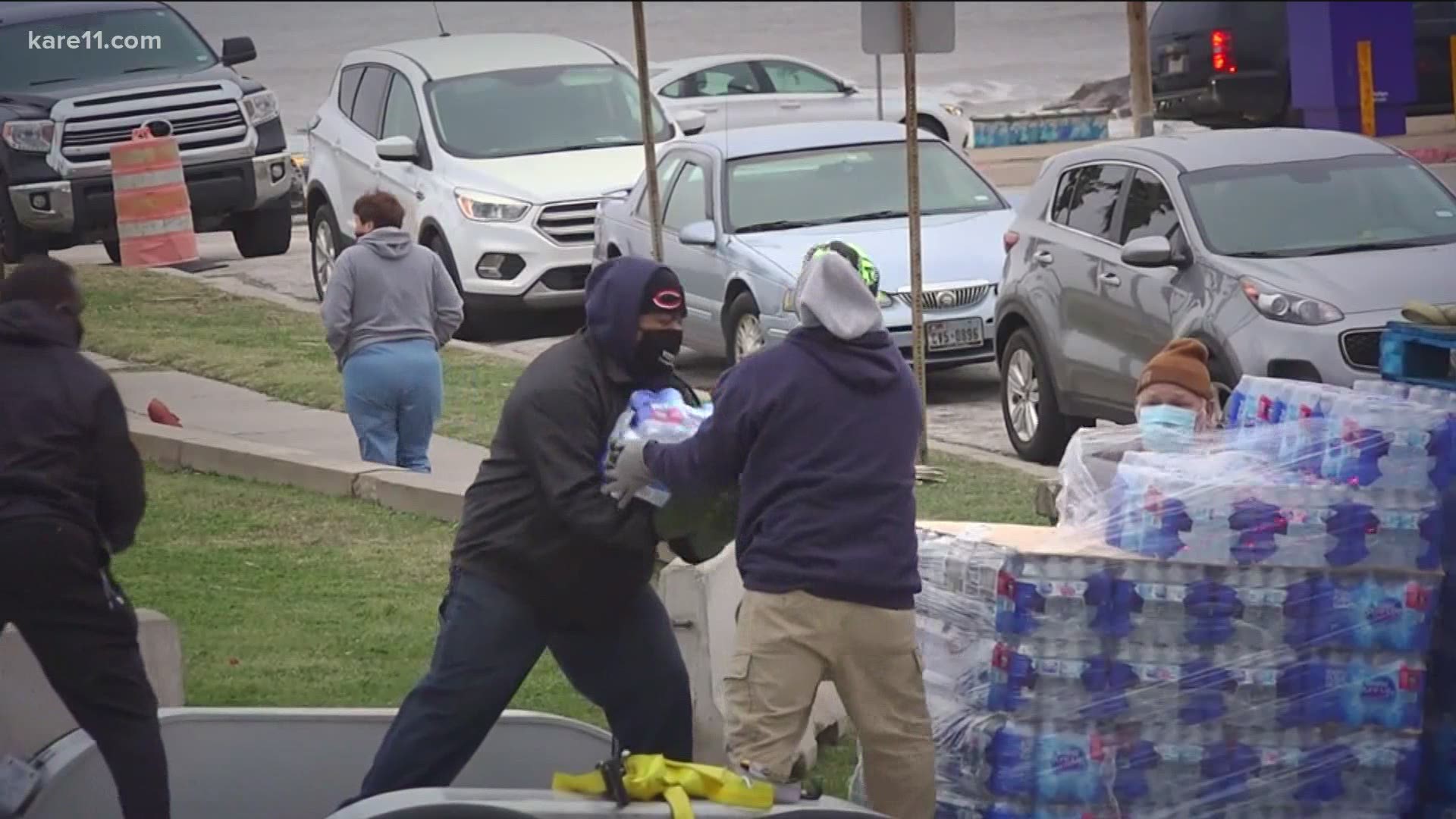 TEXAS, USA — Nearly three dozen people have died as of Thursday, a majority of them in Texas, in the wake of serious winter conditions in the southern US.

Officials expect this is going to be the most expensive natural disaster ever in the state of Texas, surpassing the $125 billion of damage from hurricane Harvey.

Power has been restored to millions, but now safe drinking water is a concern with seven million people under a boil order.

Organizations all across Texas are in need of help so they can assist the millions of people reeling in the wake of Monday's winter storm.

Organizations like Austin Street Center, which helps the homeless, are asking for things such as warm clothing and blankets.

You may have seen the hashtag #lovethyneighbortx this week. It's part of a campaign through Austin's Urban League to raise money for basic housing needs. The organization is even providing funds to book hotel rooms for people.

Of course we can't forget about our furry friends. The organization Austin Pets Alive is one of several animal non-profits collecting monetary donations, along with things like heating pads, styrofoam coolers and dog beds.

The Salvation Army of North Texas and the Red Cross are also accepting donations, and the Red Cross is asking people who can donate blood to do so. Red Cross officials say there's a critical shortage which has been intensified by the winter disaster. Those with type "O" blood are especially needed.