A mother-daughter duo is reviving and modernizing the more-than-125-year-old sport of log rolling. 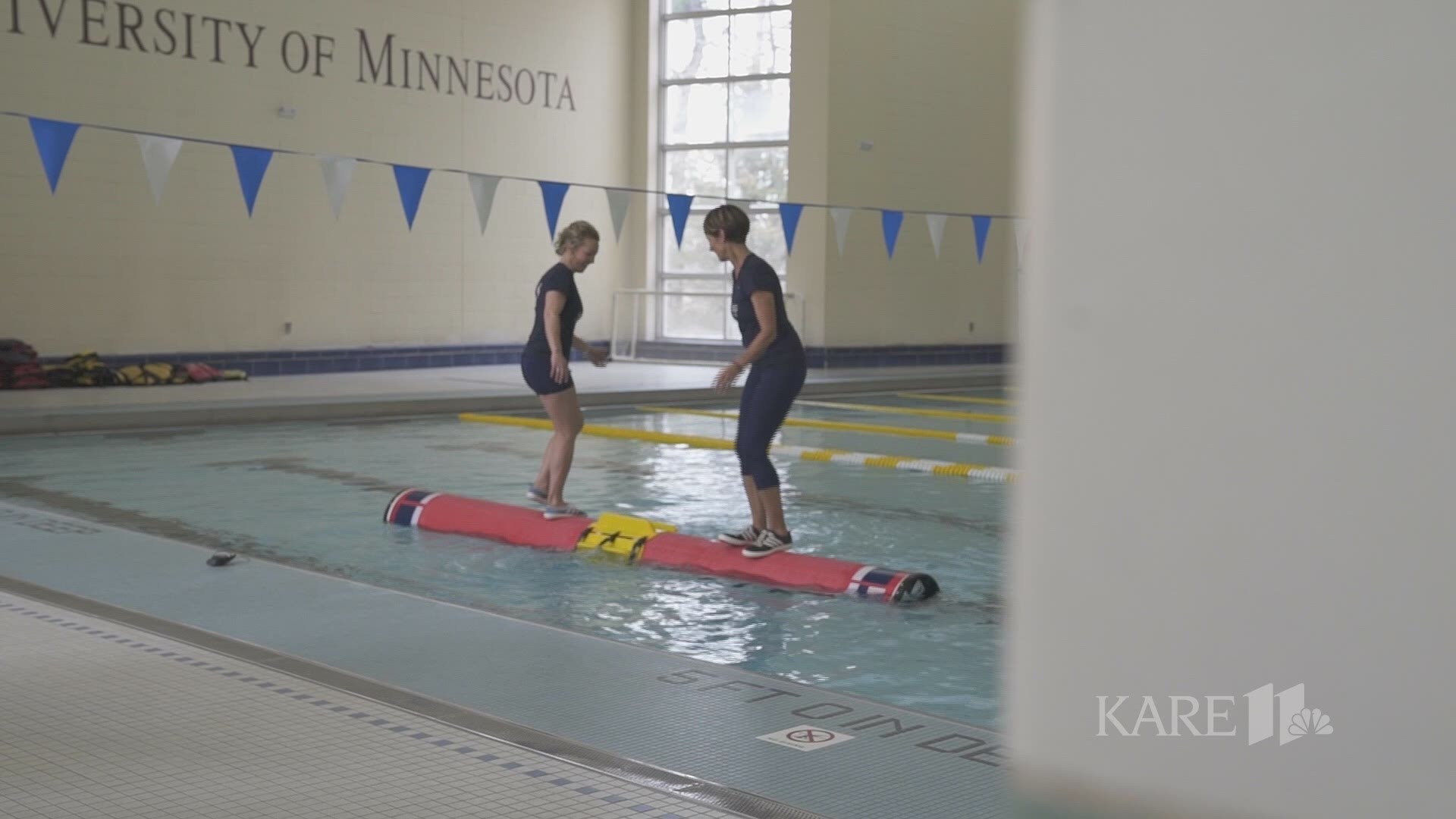 SAINT PAUL, Minn. — Judy Scheer Hoeschler and Abby Hoeschler Delaney each have their own, decorated career in the sport of log rolling.

Judy is a seven-time world log rolling champion. Abby is a five-time world boom running champion, and holds the world record in that event.

"There's something really magical about figuring out how to balance and spin on top of this log in the water," Abby said. "You're like walking on water."

The mother-daughter duo has launched Key Log Rolling - a company aimed at growing the sport of log rolling across the globe.

Key Log Rolling has developed a portable, synthetic log that can be shipped anywhere in the world to make the sport more accessible.

So, what's the ultimate goal?

"I wanted this amazing, athletic, sparring water sport to be in the Olympics, so that’s our goal. That’s our vision and we’re on it," Judy said.

While the accomplishments on the log are exciting, there are also lessons learned that can be carried into daily life.

"I like to say everything I need to know in life I learned from log rolling," Abby laughs. "In log rolling you never stop moving your feet. Starting Key Log, we didn’t know where we were going to end up, but we just needed to take one step at a time and just keep moving."

In just the past five years, 500 clubs, camps, colleges and military bases in the U.S. have started log rolling programs using the Key Log.