"Through the practice, I developed a strong love for myself... I just wanted people that looked like me to feel that same way," Owner Gabrielle Roberts said. 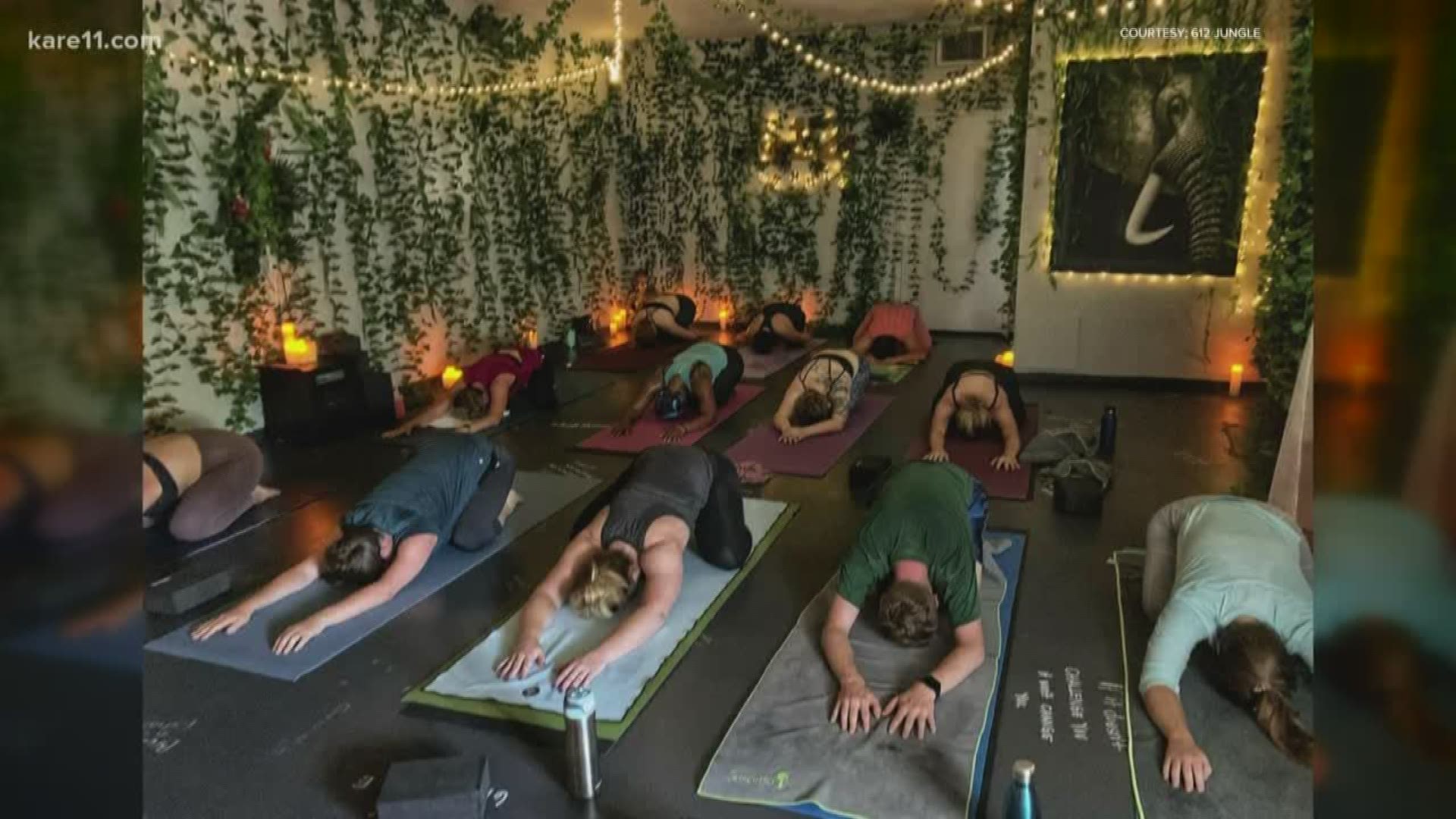 MINNEAPOLIS, Minnesota — When Gabrielle Roberts took her first yoga class, she hated it. She tried it again and never went back.

She went on to say, "I just didn't look like anyone so I never went back."

But Roberts' interest in yoga was sparked again after following yoga instructor Sanáa Jaman (ladydork) on Instagram. Jaman was born and raised in Kuwait.

Roberts said Jaman was the "first woman of color that I really identified myself with, with doing yoga."

So in 2016, Roberts signed up for teacher training... and she hated it.

"I like wanted nothing to do it with it. I wanted to quit," Roberts said.

Roberts kept going and eventually found her flow. But she wasn't crazy about the typical music that plays while practicing yoga.

"We were in teacher training and we'd listen to like ambient... I like some ambient music but it's not my thing. I'm way more relaxed if I'm listening to Cardi B or 2 Chainz or something like that," Roberts said.

After teaching a few hip-hop yoga classes, Roberts decided to open her own studio in order to make yoga more accessible and relatable.

"Through the practice, I developed a strong love for myself. I built a lot of self-confidence. I just wanted people that looked like me to feel that same way," she said.

In August 2018, "612 Jungle" opened in the Holland Arts Building in northeast Minneapolis. Roberts said it's the first and only hip-hop yoga studio in the Twin Cities. The studio space is covered floor to ceiling in fake leaves and fairy lights.

"I've never been to a studio that looks like this. When I travel, I like to go to tropical places. I like trees, I like the grass and I just wanted to create an environment that I always felt the most comfortable in," Roberts said.

Tuesday night, the studio held a "TRAPPINhard" class, a warm vinyasa set to the soundtrack of Cardi B, 2 Chains, Migos and more.

The class is one of six different kinds of classes 612 Jungle offers. During SOULIT, yogis practice with their eyes closed and listen to more soulful music. 612 Jungle has classes for beginners to advanced.

The hip-hop yoga studio is now expanding, moving half a block down the street in three months.

"Sometimes I question myself and ask if I'm doing everything I'm supposed to be doing," Roberts said, getting emotional. "People try to find their meaning for life and... it's a really good feeling to go online and see people—especially people of color—say that they come into a place and they don't feel judged."

A single class is $12 and new students can buy five classes for $30. Other packages are also available. Those interested should sign up ahead of time because classes fill up.

You can find more information on 612 Jungle, here. 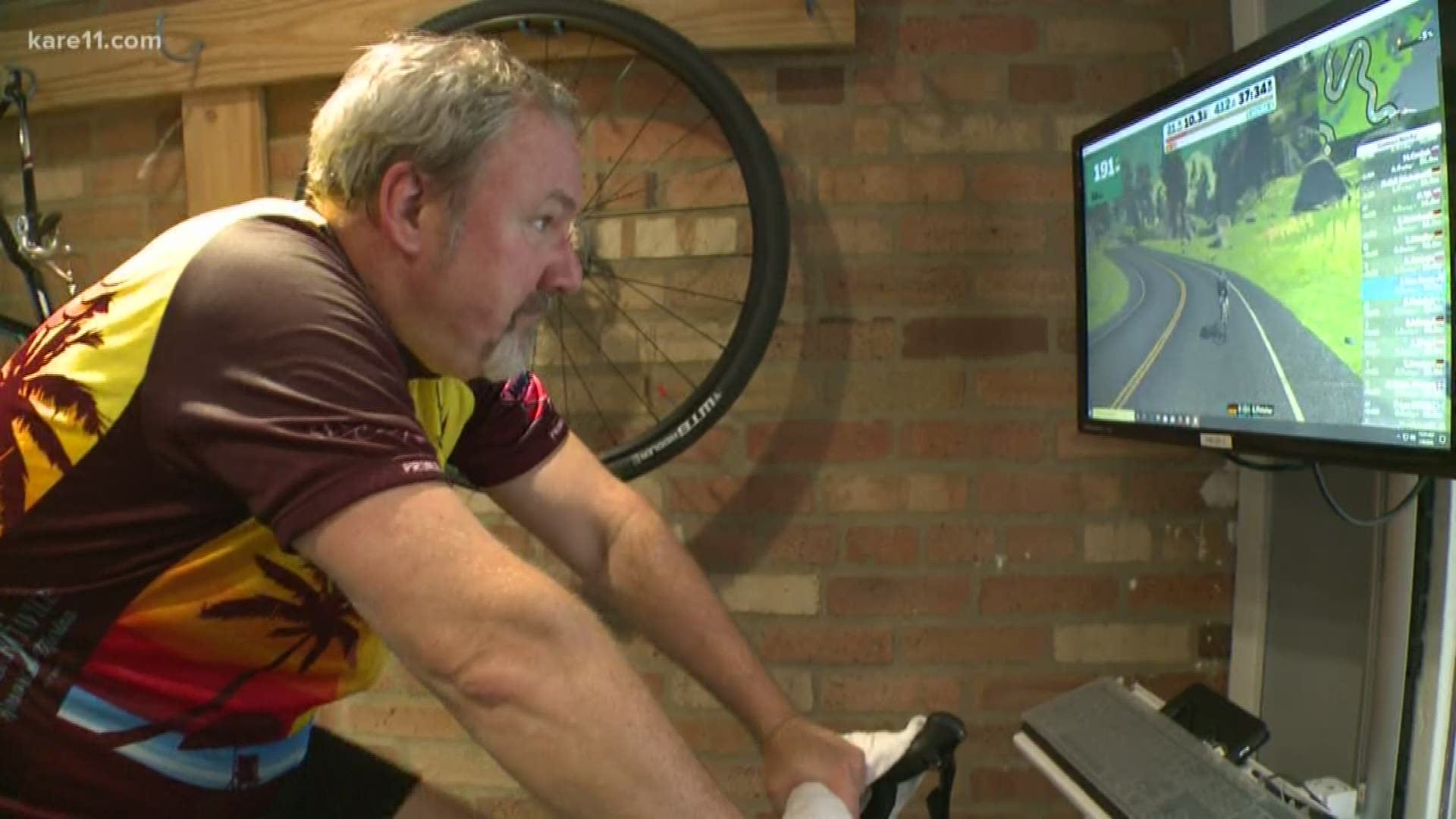