The Minneapolis-based company created four organic master sauces that can be used as a base for recipes or on its own. 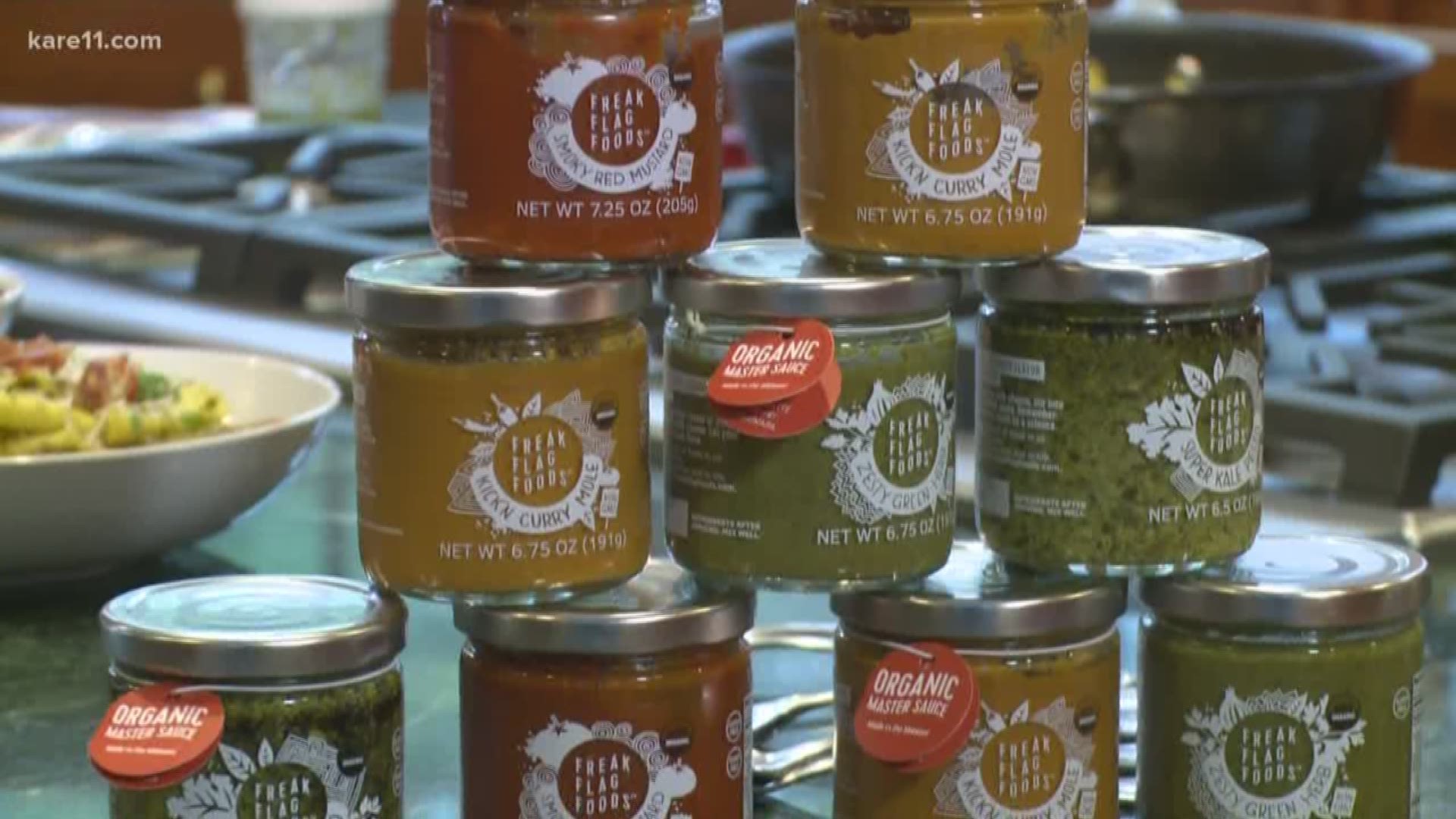 A Minneapolis-based company is hoping to inspire people to get creative in the kitchen.

Freak Flag Foods created four organic master sauces that can be used as a base for recipes or on its own.

"This idea really came about, about three years ago. We really wanted to create a self-expression brand... a sauce company where you could be yourself in the world and in the kitchen," said Fred Haberman, co-founder of Freak Flag Foods.

"We think of them as master sauces which means that they are something you can add to something simple, plain... a grilled chicken breast, a plain bowl of pasta, and really elevate it into something that tastes like you've been working in the kitchen all afternoon," said Mary Jane Miller, corporate chef for Freak Flag Foods.

Miller creates not only the recipes for the sauces themselves, but also consumer recipes to give people ideas on how to use them. However, she hopes it inspires people to experiment with new dishes.

"I like to give people permission to get freaky in the kitchen," she said.

Haberman said the master sauces are inspired from around the globe.

"I've always been enamored with sauces from around the world. My wife and i lived in Kazakhstan many years ago in 1993... that was the inspiration for the Zesty Green Herb," Haberman said.

Haberman said a big part of his life is following his passions.

"I run a marketing agency in town. I've also been involved in the Good Food Movement for a long time working with helping co-found Urban Organics. I also started the U.S. Pond Hockey Championships," he said.

Freak Flag Foods has five more sauces coming out in the spring.

There are many recipes on their website, but the ones Miller created for this segment include: Chicken Coconut Curry Stew, White Bean and Veggie Penne, and Smoky Cheddar Bacon Pub Cheese.