Jessica and John Waller first sold their line of savory nut butters at farmers markets. Humble Nut Butter can now be found in stores from Whole Foods to Kowalski's. 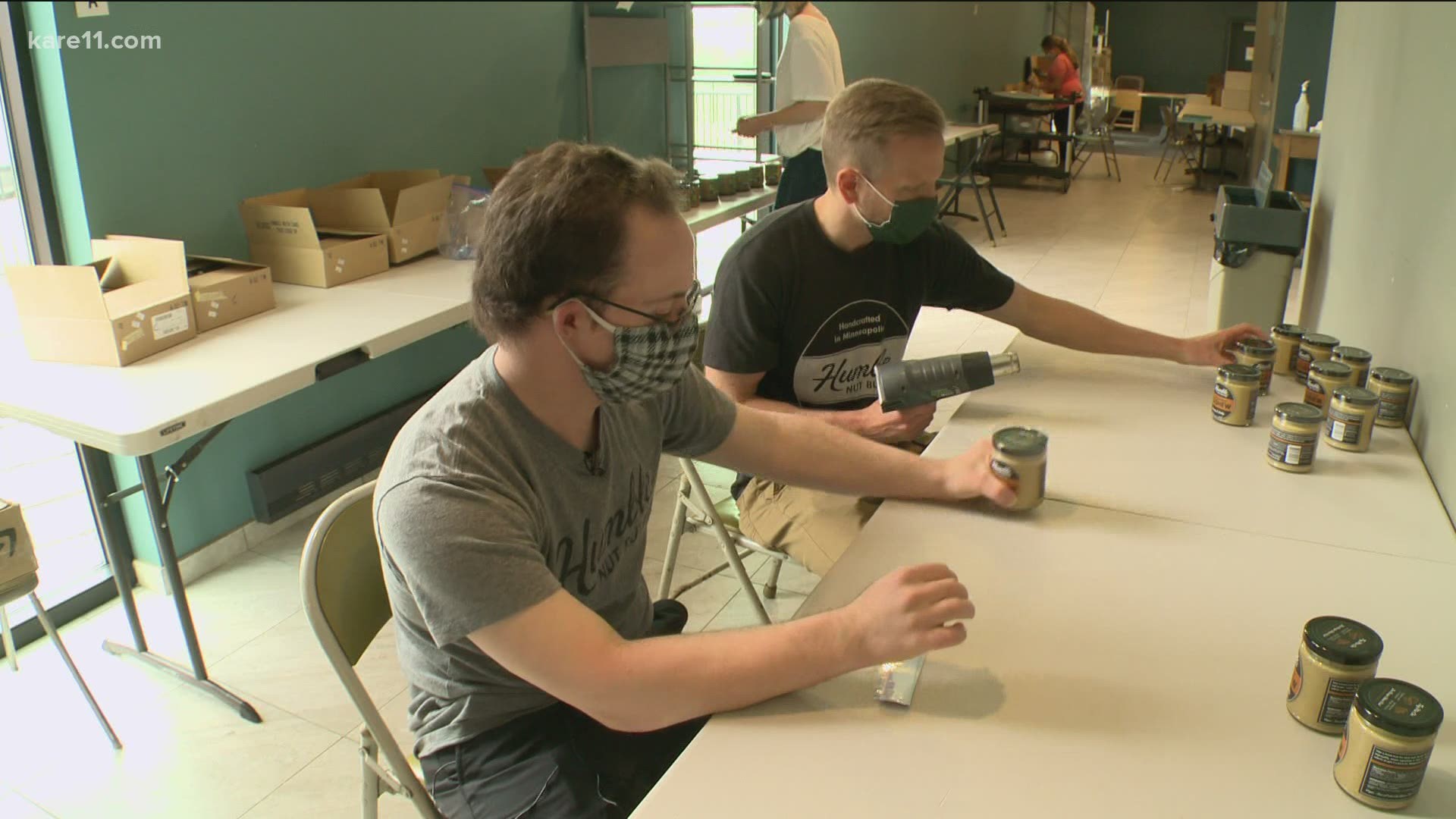 GOLDEN VALLEY, Minnesota — It all started when Jessica Waller wanted a snack. Something savory.

"I really love nut butters," Jessica said. "It kind of occurred to me: Why are all nut butters plain or sweet when most mixed nuts are salty, spicy, smoky?"

Jessica, along with her husband John, spent close to a year on the recipe development. By the summer of 2018, the couple was selling their line of savory nut butters at Twin Cities farmers markets.

"I really have subscribed in my own lifestyle to kind of the... just eat food. Just eat food that's actually food and food should be humble and simple," Jessica said.

The couple kept that in mind while launching Humble Nut Butter.

"We're not the only consumers that are tired of all the sweet, sugary foods that are out there and people are being more mindful about what they consume these days," John said.

"It was exciting and I think reaffirming for people to taste it and say, 'Why has nobody thought of this before?'" Jessica recalled.

The nut butters are made from Jewish Housing and Programming's (J-HAP) Cornerstone Creek commercial kitchen in Golden Valley. Cornerstone Creek is an affordable housing facility for adults with developmental disabilities. The kitchen inside works with entrepreneurs who are inclusive employers.

Tim Strom, 28, lives in the building and was connected to Humble Nut Butter about two years ago through Nicole Rabinowitz of Inclusive Networking.

"She said, 'Are you guys in a need of maybe some part time work?' We talked to her and it just kind of unfolded and it was a win-win for everyone," Jessica said.

John added, "More than anything, I think it's a great culture fit cause Tim fits in well with our personalities. We like to have fun."

Strom said he loves joking around with John during work.

Jessica and John hope companies of all sizes will think more about inclusive employment. Strom was recently promoted to senior production assistant.

"My promotion, it's really, really big for me. Like shocking for me," Strom said.

The team of three has stayed busy. Despite the pandemic putting a pause on their food sampling, they have expanded to more stores including all seven Whole Foods locations in Minnesota.

They've also been sending out a lot of orders made through the Humble Nut Butter website and Amazon.

"We have been sick of all the sweet and sugary foods for a long time as consumers, so I'm not surprised that we got to this point but it's not necessarily how we drew it up," John said.

Jessica added, laughing, "I don't think any of us thought we'd be making nut butter for a living."

You can find stores that carry Humble Nut Butter, here.